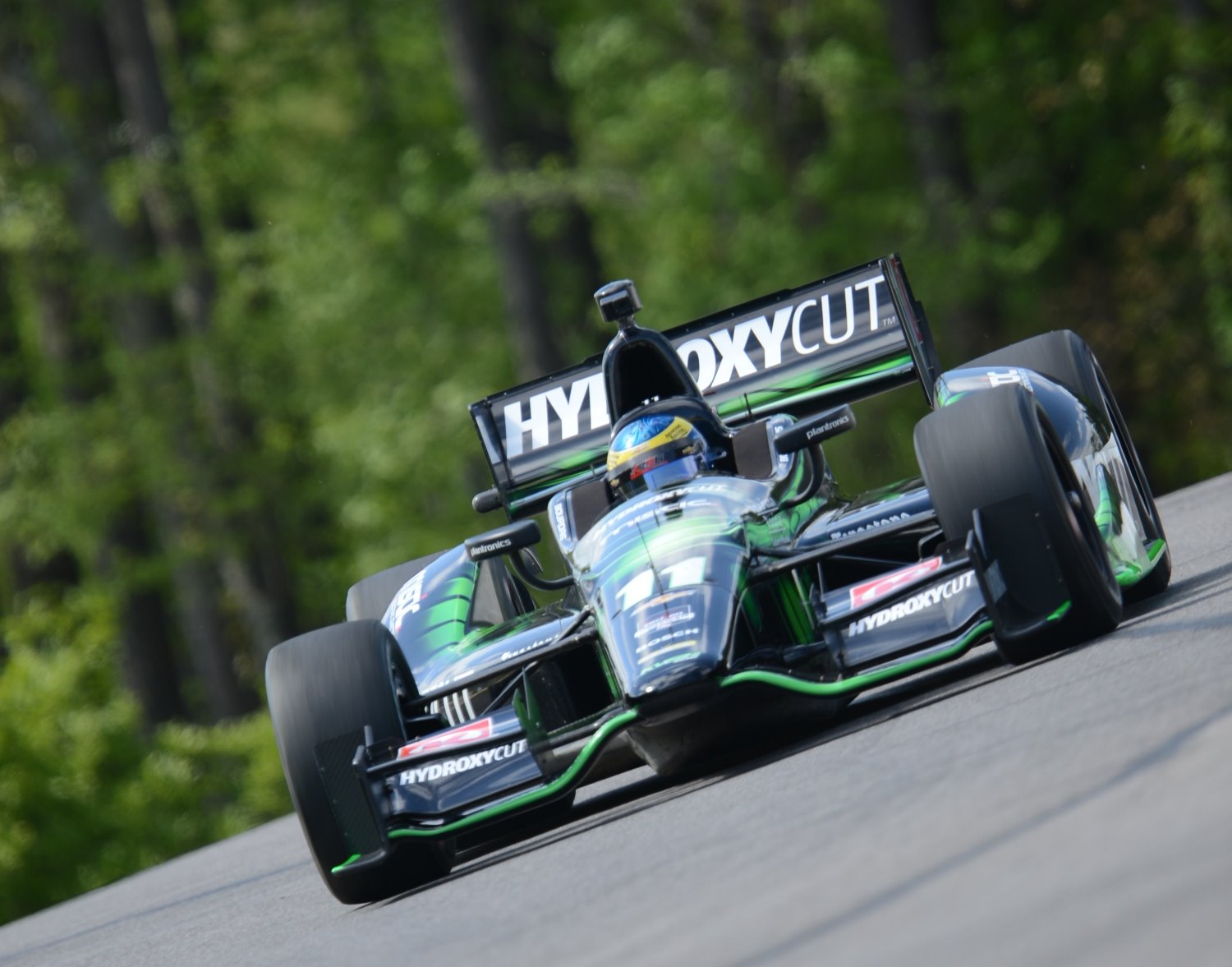 With news that IndyCar is pursuing a race at New Orleans Motorsports Park for 2015, AutoRacing1’s Brian Carroccio caught up with NOLA track designer Alan Wilson. Although no longer formally affiliated with NOLA, Wilson believes NOLA to be an excellent venue to stage an IndyCar race, and at the very least “it is too good a facility and market to go unrecognized by IndyCar."

Below, are a few excerpts from Wilson’s discussion with Brian, in which the famous race track designer who counts Barber Motorsports Park and Miller Motorsports Park amongst his other designs, discusses a few of the details surrounding a potential race at NOLA.

“The design of NOLA began back in 2010 as a members-only private country club type facility," says Wilson. “The design concept changed quite early to add rental and other, non-spectator, events to create additional revenue opportunities for the project and included the addition of a national championship spec kart track and the potential addition of a second track that could be combined with the initial layout. This second track would be intended for competition while the initial layout would be primarily for club members use and regional level motor sports.

“A lot of attention was paid to buildings, both in their quality of construction and their use as corporate, member and public amenities. The overall layout of the facility was also designed with the ability to operate several activities simultaneously and with a view to practical operation. As such all the sub-facilities, tracks and paddock areas have a common center, allowing easy transfer of activities from one to another.

The Kart track however moved into full operation and hosted the Rotax World Championships in 2013, a first for North American tracks."

“NOLA, as it stands, is a very efficient, practical motor sports operation with outstanding facilities, a quality image and a huge long term future. It seems to be a well run, stable operation that is seriously risk averse. As a lot of money has already been spent, and as the market and its business scope is still growing, there is no sense in adding new investment at this time. Consequently, a potential Indy Car (or for that matter any major race series such as Tudor) event does not really make sense to its ownership, unless the risks of the event are assumed by an outside, specialist promoter, who could be expected to provide the track owners with a fair fee for lease of the facility for the race period.

“My assumption therefore is that Andretti, (I do not know at this time who the promoter will be, but assume it might be them,) will have cut a deal with the owners to lease the facility and use it as a base on which to add the facilities and services needed to run a quality major event."

How viable is NOLA as a base for a major racing event such as IndyCar?

“In my view, it is outstanding."

Wilson notes that NOLA provides the series with access to a major metropolitan area, without the initial costs of a start-up street race.

The following are some of the key elements not typically available at a street course.

â€¢ The 2.75 mile base race track is already constructed
â€¢ It has a 3250ft pit straight, 16 turns, including an extremely fast sector between Turns 5 and 8 (may be the fastest turns on any North American track), a very challenging, three sweeper sector from Turn 8 through Turn 12, an extremely technical slower sector from Twelve through to the start of the straight. Turns 1, 3, 4 and 13 are all potential overtaking areas. Track width is minimum 40ft with widened sectors leading into Turns 1 and 13 (50 feet)
â€¢ Track surface is outstanding so tire wear will not be an issue while grip levels should be high. (think of track surface issues IndyCar has experienced at temporary circuits such as Baltimore and Detroit).
â€¢ The track has a well-planned and integrated electronic scoring and lights system.

â€¢ Safety is outstanding using wide open spaces as the basis as opposed to barriers set close to the track.
â€¢ Curbs are FIA standard and are the same as Miller which has been fully FIA 2 approved.
â€¢ Tire walls are multiple row, bolted and very well constructed.
â€¢ Pit lane is more than 1000ft long and 38ft wide, with concrete service area and FIA standard safety barriers. (although Wilson does address some potential issues with pit-lane later).

â€¢ There is more than enough paved paddock space for both the Indy Cars and supporting events.
There is adequate close in parking for participants, VIPS and media using the Auto-X course.
â€¢ There is space behind pit lane to add temporary hospitality suites. (As at Long Beach).

Other Benefits
â€¢ There is plenty of space to add as many grandstands at may be needed, all of which will provide 100% viewing of all the track.
â€¢ The corporate center is extremely well located and is by far the best such facility at any

The drawbacks of NOLA Wilson notes mostly center around the fact it was not specifically designed for IndyCar or major events:

â€¢ General public parking is limited, on site, but there is plenty just a mile or so away. This outside parking is used each year for the PGA golf tournament held across the road, so plans to manage this parking are already in existence and have worked well in the past.
â€¢ Temporary grandstands can be erected along the north edge of the track. Their Installation will not affect use of the track before the event.
â€¢ There is quite a lot of close-in parking behind these stands, but this will need to be regulated with spaces sold in advance as it will be limited. There is an access road available to this along the north canal, that does not bring these cars into the main facility, although this may have to be graded and gravel surfaced. There is only one main road running adjacent to the track. This will present some traffic issues, but people getting to the track early should not have too many problems.

â€¢ Run-off areas will need to be checked prior to the event and any bumps or depressions (the result of settlement of the soft soil into the high water table underneath) and roiling or fill may be needed.
â€¢ Indy Car may ask for sections of debris fence. While this is easily added, at some expense, I see very little real need for there to be much of this.

â€¢ Pit-in is very tight (to control speeds for non-pro users) but can be easily opened up. There will be some cost in this.
â€¢ Pit-out is onto the main straight along the approach to Turn One. This may cause a problem but adherence to white line rules, and good control of pit exit for both cars leaving the pits and those on track can resolve any problems. It would be an easy to install an electronic warning signal that can be added at low cost.