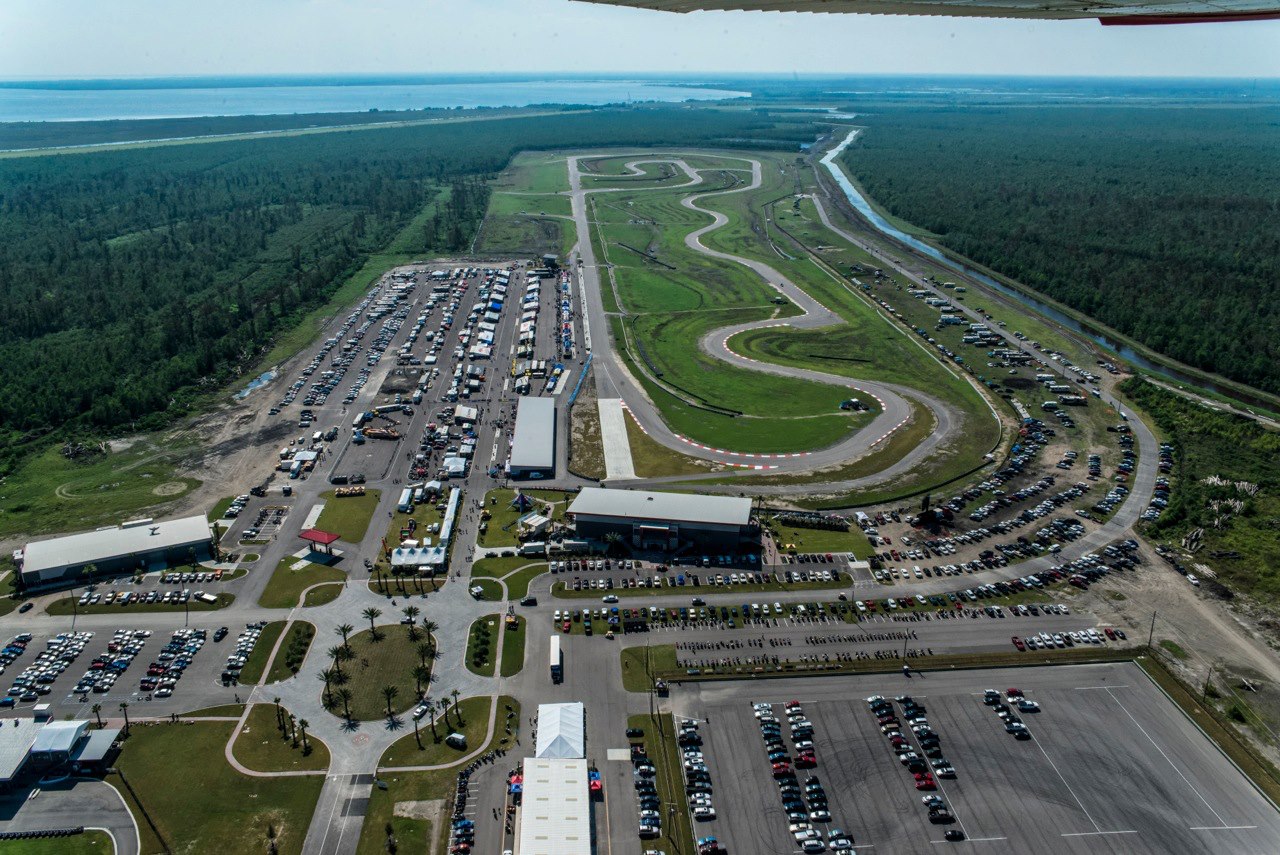 As you can see from the photo to the right, the track is flat and a club racing facility at best. It will need a lot of improvements to bring it up to IndyCar standards. Let's start with some grandstands and a proper pitlane.

The announcement of the potential event, which would be known as the INDYCAR Grand Prix of Louisiana and organized by Andretti Sports Marketing, was made jointly today with Gov. Bobby Jindal and Laney Chouest, owner of NOLA Motorsports Park.

"We're delighted by this broad show of support and encouraged by the prospect of a Verizon IndyCar Series race in New Orleans," said Mark Miles, CEO of Hulman & Company, the parent of INDYCAR and the Indianapolis Motor Speedway. "We greatly appreciate Laney Chouest, his associates at NOLA, and the state of Louisiana for their efforts to make enhancements to NOLA Motorsports Park. With these improvements we're confident that NOLA can meet our standards for safety, fan experience and quality of racing. We look forward to continuing this dialogue in hopes of making New Orleans a destination that may soon host a Verizon IndyCar Series event."

The state of Louisiana, upon approval by its Legislature, will commit $4.5 million to make necessary enhancements to the racetrack in support of the potential event. This investment, combined with private funding from NOLA Motorsports Park, will help facilitate track and facility improvements as required by INDYCAR.

"I want to thank the Governor for his leadership in developing this public-private partnership that will leverage the significant private investment we made into this facility," said Chouest, owner of NOLA Motorsports Park. "We believe that the INDYCAR Grand Prix of Louisiana would serve as a regional demand generator for the already strong hospitality industry that our state is well known for."

The event would combine a three-day festival featuring Louisiana's culture with the excitement of a Verizon IndyCar Series event. The festival would include live musical acts, entertainment and local food.

"This is great news for our entire state," Gov. Jindal said. "A three-day event would allow us to show off the excitement of an IndyCar Series race right here in Louisiana, as well as our state's culture, entertainment and food. This event would be a great economic driver for our state and a great weekend for the whole family. Verizon IndyCar Series events serve as the gathering point for automotive industry leaders and INDYCAR sponsors, most of which are Fortune 500 companies. As a result, NOLA Motorsports expects several businesses to locate to Louisiana once the race is scheduled, which will create more great jobs and economic momentum for Jefferson Parish and our state."

"I'm really pleased to see INDYCAR preparing to bring a race to NOLA, said Michael Andretti, CEO of Andretti Sports Marketing. "New Orleans is a great market to grow the sport and I'm excited to have Andretti Sports Marketing involved with the operations and promotion of the inaugural INDYCAR Grand Prix of Louisiana. Governor Jindal, Laney (Chouest) and the entire New Orleans community are fully behind the project and have been very positive and instrumental in launching this event."