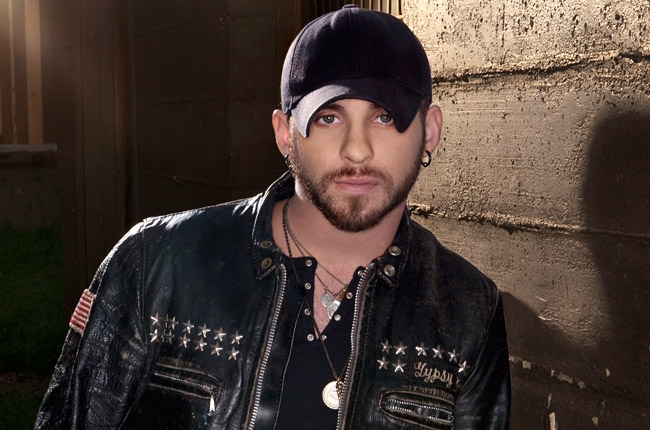 Country music entertainer Brantley Gilbert will try his own version of a "Memorial Day Double" at Indianapolis and Charlotte.

Gilbert, the 2013 Academy of Country Music (ACM) New Male Artist, will adorn the No. 22 Dreyer & Reinbold Kingdom Racing Chevrolet of rookie Sage Karam for the 98th running of the Indianapolis 500 at Indianapolis Motor Speedway on May 25.

In addition, Comfort Revolution and Gilbert will also be on Jamie McMurray's No. 1 Cessna Chevrolet SS during the Coca-Cola 600 at Charlotte Motor Speedway on the same day.

"It is not often that you get to work with someone like Brantley Gilbert, who is not only a race fan but also has plenty of fans in racing," Chip Ganassi Racing Teams President Steve Lauletta said. "It is nice to have the ability to be able to do something big across multiple forms of racing all at one time. We are also thrilled to be able to deepen our relationships with Big Machine Records and Comfort Revolution. They have been great partners of the team for some time now. There is nothing that pleases us more than when partners continue to see enough value in working with us that they want to reinvest in the program."

Gilbert, who has four No. 1 singles as an artist and songwriter, including the platinum certified "Bottoms Up," the lead single from his forthcoming album JUST AS I AM slated for release on May 19, was on hand as Karam joined four other Indianapolis 500 rookies on the 2.5-mile oval for the Rookie Orientation Program that puts an emphasis on consistent car control at three speed levels.

Mikhail Aleshin, Jack Hawksworth, Martin Plowman and Carlos Huertas joined Kurt Busch as drivers cleared to join in for full-scale practice that begins May 11. Qualifications are May 17-18.

The 19-year-old from Nazareth, Pa., who earned the 2013 Indy Lights championship, systematically pushed through the phases in his car.

"At first (race engineer) Jeff Britton told me I was going to do an install lap (in the morning) and when I came in I said to (team owner) Dennis (Reinbold), 'Come on, that's the biggest tease you could ever give a new driver,' so he let me go through Phase 1," Karam said. "It was a dream come true. I remember coming to the race for the first time with my dad when I was 9 or 10 years old, just walking through the tunnel and thinking that I want to win this race one day.

"Now that that's a reality and we have the opportunity to qualify it's an amazing feeling."

Karam won three races last season on the way to becoming the eighth rookie to win the Indy Lights title and the youngest. At age 15, he won the USF2000 Championship as well as the Rookie of the Year award. He entered Star Mazda in 2011, winning Rookie of the Year and then going on to finish third in the standings in 2012. He's the first driver to compete in all levels of the Mazda Road to Indy program.

"It's a really cool feeling to be the first driver to come through the Mazda Road to Indy program," said Karam, who will miss his senior prom at Nazareth Area High School for the opportunity to qualify for the 500 Mile Race. "It really shows how the program really works and I'm really looking forward to competing in the Indianapolis 500.

"Crossing the bricks, it's almost like an exclamation point on how I got here. I remember racing in Fontana last year on my last lap to claim the Indy Lights title I had flashbacks to everything that it took to get there and the sacrifices, the good times and bad times with me and my Dad traveling across the country in a 1990 silver pickup truck.

"It shows that the average American can really make his dream come true."