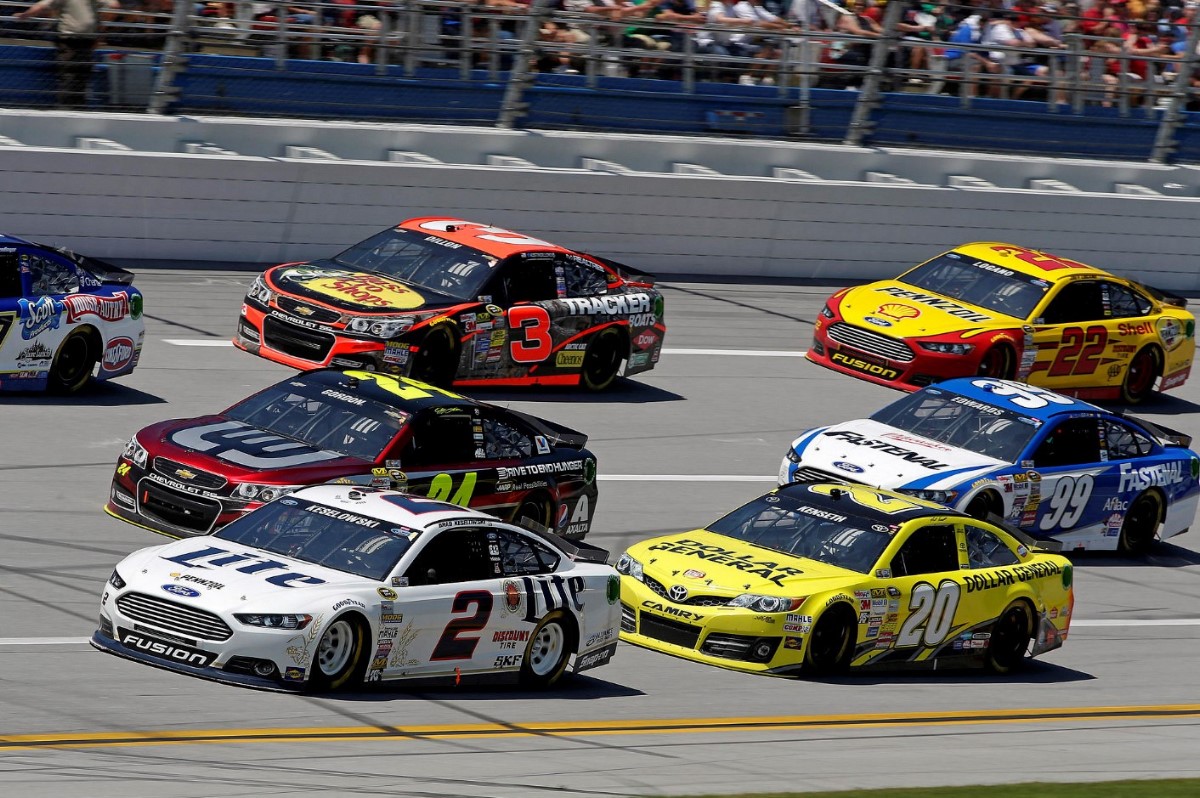 While there’s nothing in writing, most drivers said there is a gentleman’s agreement that anyone who is several laps down should stay out of the way.

Brad Keselowski apparently didn’t believe in that understanding Sunday during the Aaron’s 499 at Talladega Superspeedway, and it cost him — and 11 other drivers — dearly.

Despite being five laps down, Keselowski drove the lead car in a three-wide battle up front. He lost control of his Ford, crashing in front of the field and sending 11 other cars to the pits or garage.

"I wasn’t so thrilled that a car [five] laps down crashed the field," defending series champion Jimmie Johnson said.

Not only did Keselowski knock himself out of the race, he also eliminated the chances for Johnson, pole-sitter Brian Scott, Jeff Gordon, Tony Stewart, Trevor Bayne, Paul Menard, Michael Annett, Kyle Busch, David Gilliland, Justin Allgaier, and Cole Whitt.
“I had seen him for several laps driving over his head, being pretty aggressive, I guess, to get his laps back," Gordon said. "He wasn’t doing anybody any favors, nor himself."

Keselowski got behind early in the race when he cut across Danica Patrick’s front bumper and spun through the infield.

"Brad make a pretty bold move early — mind-boggling move I guess you could say in going in front of Danica early — and spun out in front of the field and got away with it," Kenseth said. “This time, we weren’t so lucky. He was driving really, really aggressively to try to get back up there."

Keselowski accepted the blame for starting the crash, but he said running up front despite his huge deficit was all right.

"I was trying to get my lap back, and those guys are trying to lead laps," he said. “There’s obviously a long way to go, and I just had to get to the front and try to stay up there to get my lap back. I was racing really hard for that. But for some reason, the car took off and was spinning."

That didn’t give Kenseth any solace.

"I will say one thing: If it was the other way around, and it was anybody else except for him, we’d all be getting a lecture," Kenseth said.