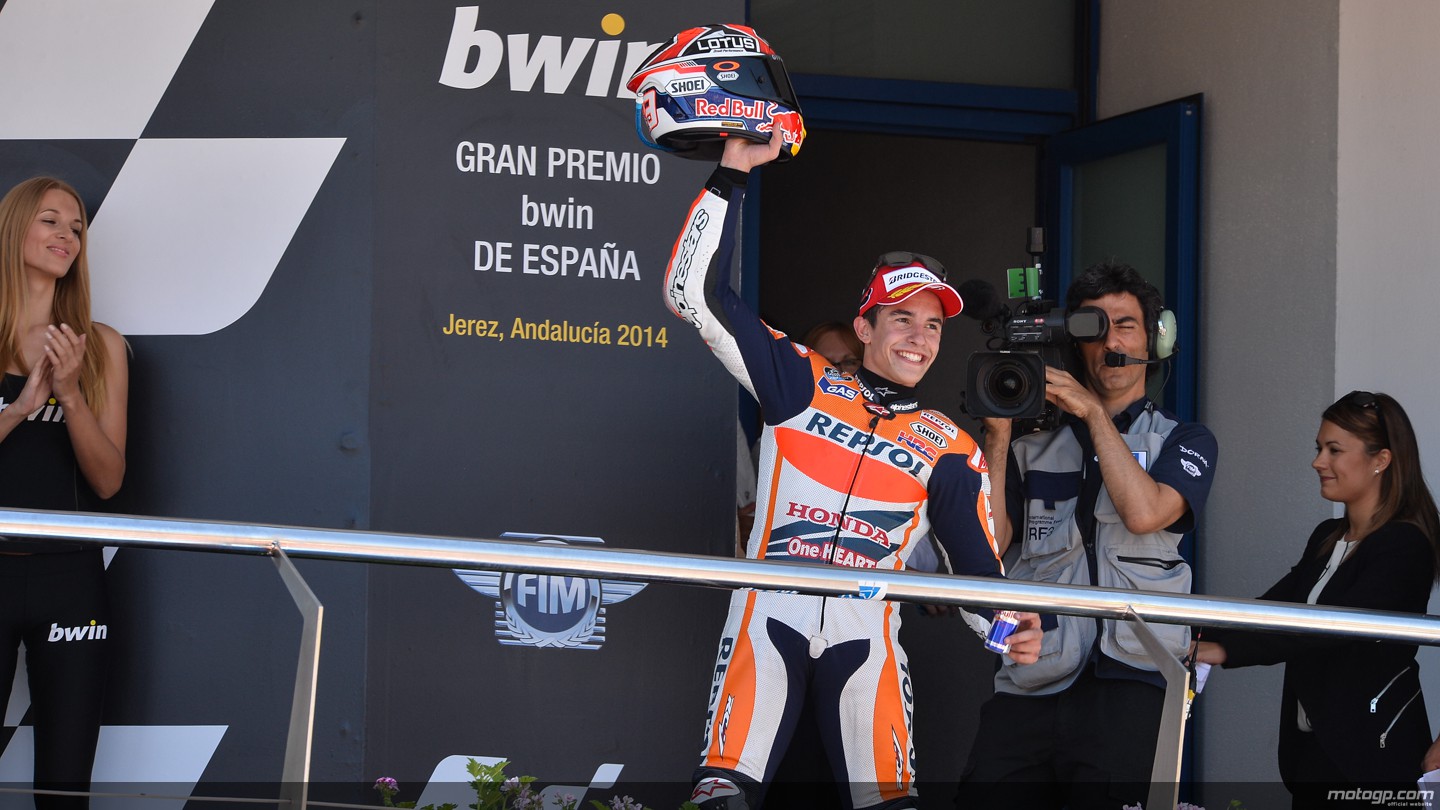 With victory in the south of Spain in his 100th Grand Prix Marquez becomes the first rider to win the opening four premier class races of the year since Mick Doohan in 1992. Marquez had never previously won at Jerez in the World Championship.

No-one could live with Marquez in the heat of the afternoon in Andalusia as he built up a four second lead by lap 12 and never looked back, eventually crossing the line comfortably ahead of Rossi.

Indeed it was also another superb performance for Rossi as he returned to the podium for the first time since Qatar, holding off Pedrosa on the final corner.

Jorge Lorenzo (Movistar Yamaha MotoGP) had to settle for fourth at his 200th GP, crossing the line 8.5s behind Marquez on his 27th birthday.

Behind the factory Honda and Yamaha riders Andrea Dovizioso was the top man for the Ducati Team in fifth, whilst there was disappointment for his teammate Cal Crutchlow who retired early on his comeback and wild card test rider Michele Pirro who crashed out in the initial laps.

There was relief for Alvaro Bautista (GO&FUN Honda Gresini) as he picked up his first points of 2014 in sixth, finishing just 0.112s behind Dovizioso.

They were retirements for Mike Di Meglio (Avintia Racing) after some tire issues and Colin Edwards (NGM Forward Racing) due to a technical problem, whilst crashes for Karel Abraham (Cardion AB Motoracing) and Andrea Iannone (Pramac Racing) ended their respective point scoring runs.