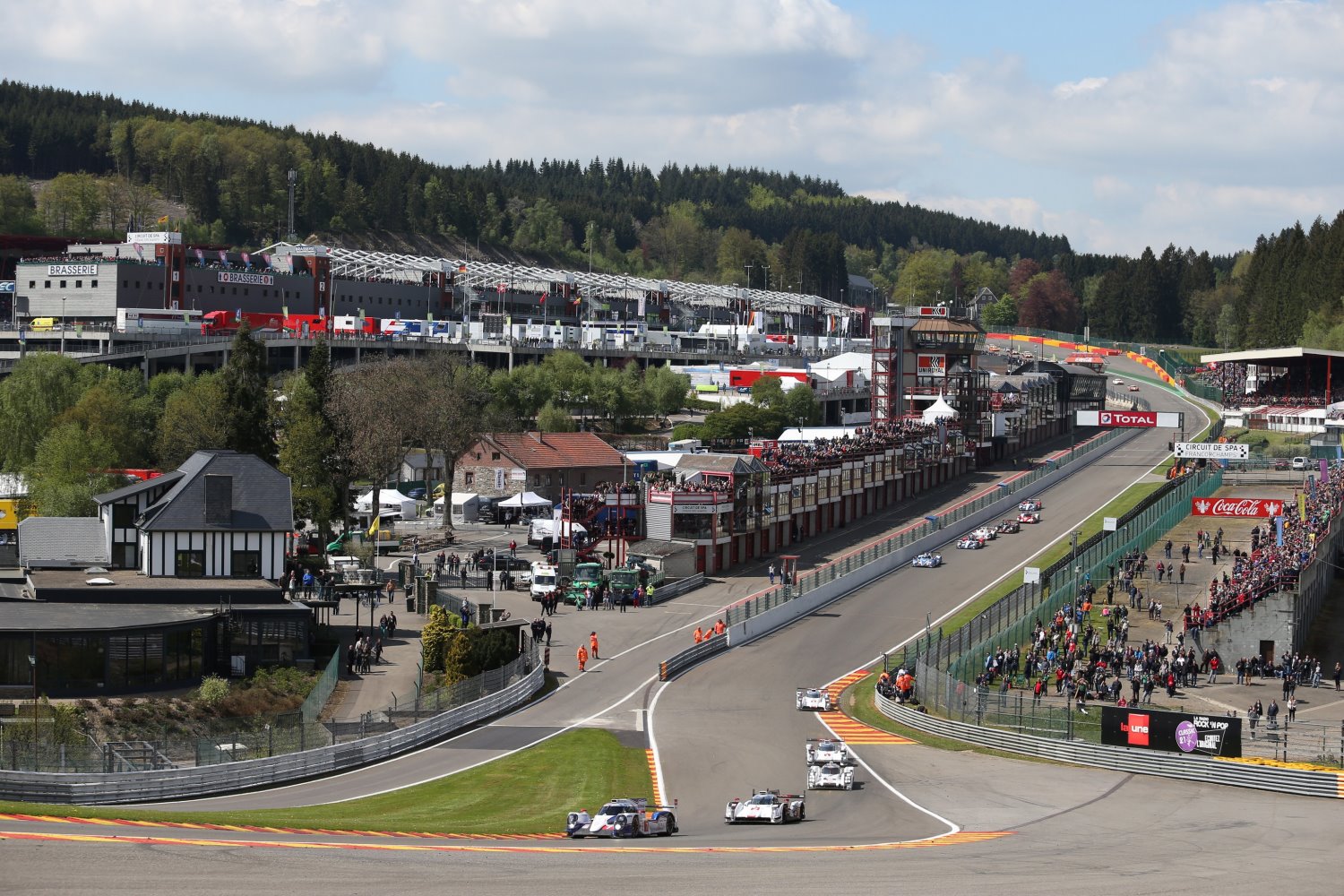 TOYOTA Racing continued its winning start to the FIA World Endurance Championship season with victory in a tense second race of 2014, the Six Hours of Spa-Francorchamps.

Anthony Davidson, Nicolas Lapierre and Sébastien Buemi won the race to extend their lead in the Drivers’ World Championship and record a third consecutive win for the #8.

TOYOTA Racing also extended its advantage in the Manufacturers’ World Championship with the #7 TS040 HYBRID of Alex Wurz, Stéphane Sarrazin and Kazuki Nakajima finishing third after an exciting race.

Nicolas took the start in the #8 from second place and held position while Stéphane in the #7 had an eventful opening, switching positions several times before establishing himself in fourth, his starting spot.

The pair stayed behind the wheel for just one stint, with Kazuki taking the wheel of the #7 as Sébastien took over the #8 and both taking new tires.

Sébastien began to hunt down first place and at the next pit stops took the lead and set about building an advantage. Meanwhile Kazuki fought his way into the podium places and began to put pressure on second.

Tire strategy evolved with both cars attempting to double-stint the tires, using one set for two stints to minimize time lost in the pits, but ultimately reverting to new tires at each stop.

Soon after half distance, Kazuki swapped with Alex while Sébastien gave way to Anthony, who soon improved the fastest lap of the race and established a clear lead.

Alex was in the middle of a scrap for second but his cause was handicapped by poor visibility, caused by oil from another car on his windscreen. That was solved at the next pit stop, when Stéphane also took over and continued the chase, with Nicolas then at the wheel of the leading #8.

A final short stop for fuel on both cars set up an intriguing finish and Nicolas took the victory by 1min 13.926secs, with Stéphane third after falling just 6.935secs short of second.

The third round of the season is the Le Mans 24 Hours, which begins with the official test day on 1 June, with the race itself coming two weeks later.

Yoshiaki Kinoshita, Team President: “I am proud of the whole team for our effort today. To see TOYOTA Racing leading the Manufacturers’ World Championship is very satisfying and it gives us big motivation for the challenge ahead at Le Mans. It was nice to see such a big crowd today and I think we gave them an entertaining race. It’s hard for the team and drivers because we have to give absolutely everything to get the best result; so well done to everyone for that performance. Now we have a demanding period ahead as we prepare for Le Mans. As we have seen many times, Le Mans is a unique race and many things can happen. We will be working flat out to get ready and give ourselves the best possible chance."

Alex Wurz: “It was an interesting race. I wish we could have done another one-two; it was very close but a few little details stopped that happening. For me personally the race was quite eventful. It was not easy, not straightforward. Occasionally we had the pace but generally our car was very nervous so we couldn’t push as hard as the sister car. But nevertheless we scored points so as a team we extended our lead in the World Championship and that is cool."

Stéphane Sarrazin: “Finishing first and third is very good for the team and it continues our strong start to the season. The #8 guys were really quick; they did a brilliant job. But we struggled to find the right balance and suffered a bit from oversteer. It was difficult to get the most out of the car. I tried to push and I got close at times but the priority was to get the points and we couldn’t quite get second. Now we have to prepare for Le Mans, where anything can happen."

Kazuki Nakajima: “The team did a good job and to have two cars on the podium is a nice reward. So I am happy for the team who worked really hard to give us a competitive car. Maybe we could have got second but we didn’t quite have enough performance today. We tried to go for a double stint on the tires during my stint, which was the same as the cars around us. It was a bit of a risk and I lost some grip; it was quite tricky. Now we concentrate on the next race, which is the big one for us."

Anthony Davidson: “This season is the first time I have ever led a World Championship. To win again here for one of the team’s home races, with a lot of support from the guys from Cologne, was fantastic. Sébastien did a lot of the hard work in the difficult middle part of the race so when I got in it was pretty much job done. It’s great we got two cars on to the podium again. Now our attention has to turn to the big one in June. I am so confident in the package we have and the team around us; it really feels like we are flourishing at the right time."

Nicolas Lapierre: “It was a great result for the whole team. Since the beginning of the weekend we did everything well; in qualifying we extracted everything we could and during the race we stayed calm. It was a very tough race with Porsche. We took the lead on the pit stop so I want to say thank you to the mechanics. Sébastien and Anthony drove very well so we could extend the gap. At the end it was more under control so we just had to get to the flag safely. We have seen here that our Le Mans package is working well and the hybrid system was wonderful. We are very happy with this result; it is the best way to get ready for Le Mans."

Sébastien Buemi: “I am really happy with today’s race. It is our third win on the trot after our victory at the end of 2013 in Bahrain and then earlier this season at Silverstone. The race was hard. When I jumped in the car I could start to close the gap to the leader and when we took the lead we had to push hard to make a gap. But when the #14 Porsche had some trouble we knew we were in control; we just had to make sure we didn’t make any mistakes. When you win the first two races of the season, it is perfect preparation for Le Mans. But we have to focus on getting the basics right. We have better preparation than last year so we’ll see what we that brings."