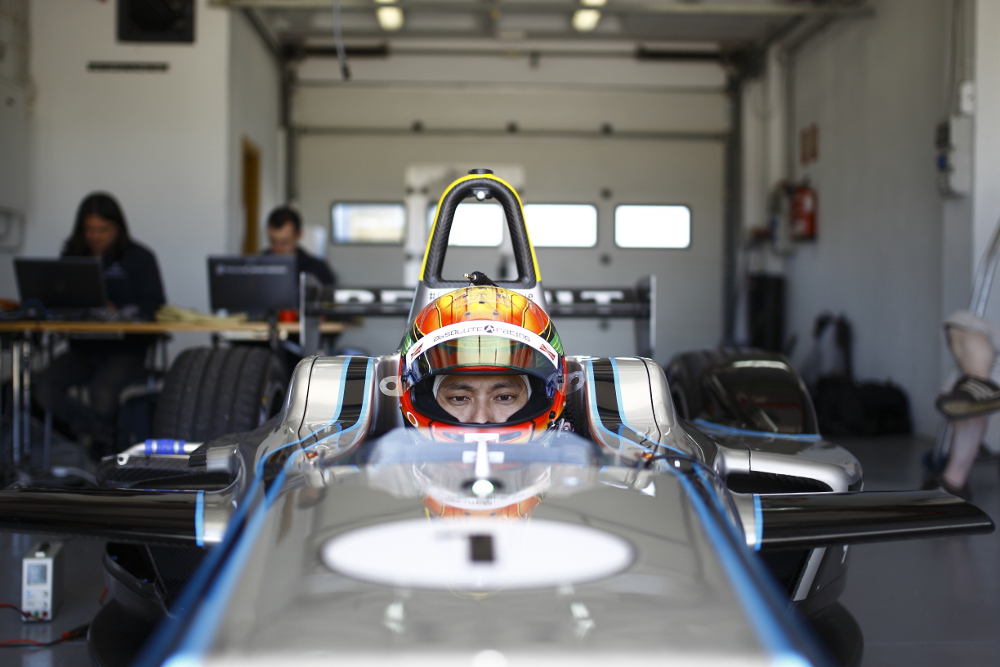 Tung, who has tested F1 cars for Williams and Renault, piloted the single-seater at the Circuit Monteblanco in Spain. He completed three race simulations and was impressed by what he experienced.

“There’s going to be super-close racing because you can brake really late," he said. “Having seen the Beijing track layout, it looks like there’s going to be lots of overtaking opportunities and with the Fan Boost system you will have to be really strategic with the way that you use it. Obviously you can save on some laps and then use extra energy on the other laps, so an energy saving strategy is going to be very important during the race and I think you’ll see a lot of drivers looking for and creating chances and making an opportunistic move on the inside into a corner."

The 31-year-old, who currently races in the Asian Le Mans Series and the Asian Carerra Cup, was surprised by the performance of the first ever all-electric single-seater which will be used by all 10 Formula E teams when the season gets underway in Beijing on September 13 2014.

“It’s very different from what I expected and I think the main reason being that I didn’t really know what to expect! Obviously everything is different from every other Formula car you’re used to. It’s got a very different type of tire, which is a significant difference. It’s hard to explain to someone who hasn’t driven Formula cars, but the construction of the tires make the tire very stiff, which I would say is even more influential than the fact that it’s a grooved tire. It’s got no sidewall and has a very big diameter – 18 inch – and so the sidewall is very stiff and that makes the car very stiff."

Having raced in A1GP and Superleague Formula, Tung reckons the Formula E concept has great potential.

“I think Formula E might well be the future of racing," he said. “Sustainability and environmental responsibility is something that is very high on the agenda for racing but also in daily life and I think this is a great initiative. Now it’s something I’ve had a chance to get a taste of after driving the car I’ve become more excited and convinced about having such a series."

Formula E is a new FIA championship and the world’s first fully-electric racing series. Beginning later this year, the championship will compete on 10 city-centre circuits around the globe including London, Buenos Aires and the opening round in Beijing. Ten teams, each with two drivers, will go head-to-head to create a unique and exciting motor racing championship designed to appeal to a new generation of fans, whilst accelerating the electric vehicle market and promoting sustainability.

After more than 3,000km of running, testing for the SRT_01E is now complete with the first delivery of cars arriving at the new Formula E Donington Park headquarters on May 15 when the doors to the new facilities will officially be opened.