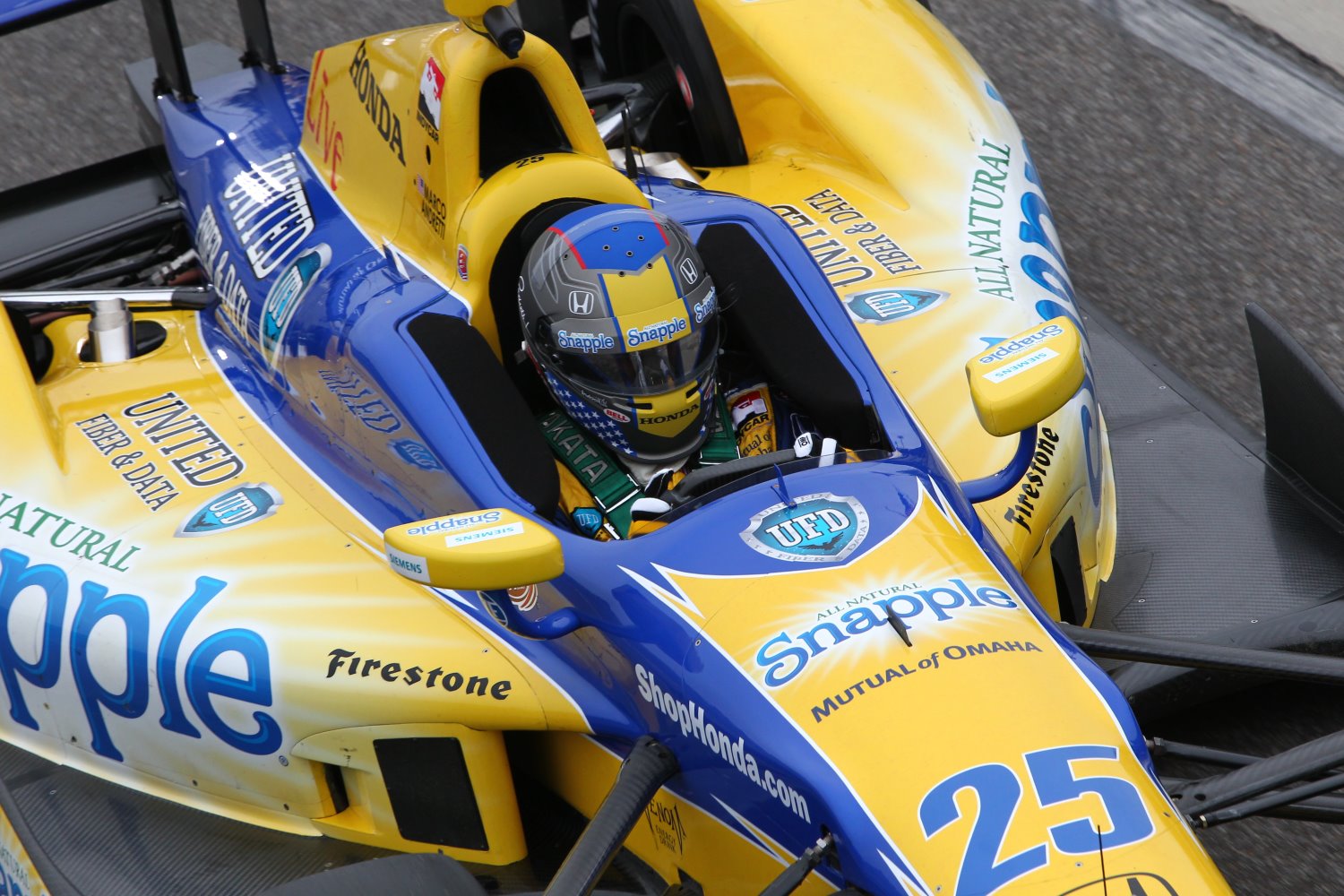 A damp Barber Motorsports Park was tough enough for Marco Andretti in today’s Honda Indy Grand Prix of Alabama, but radio issues in the cockpit proved to be just as big an obstacle.

"I was driving blind today," Andretti said to NBCSN after today’s Verizon IndyCar Series race. “The only way I knew how to pit – when to pit – was out of the corner of my eye, I saw [teammate] Ryan [Hunter-Reay] stop.

"So I’m like, ‘I guess I’m coming in the next lap’. It was definitely a blind race, but I just had my head down and tried to hit my marks."

Despite having what he called “a lot of moments" while dealing with the treacherous conditions, Andretti was still able to pull out a second-place finish behind race winner Hunter-Reay – a tremendous turn of events for Andretti Autosport after a decidedly mixed outing two weeks ago at Long Beach.

"I just put my head down and looked forward," Andretti said. "Awesome job from Andretti Autosport [but my] Snapple car didn’t have much for the DHL car [Hunter-Reay], so we definitely need to hit the drawing board see how he kicked my butt today. But I think it was a heck of a team effort today."

Andretti started ninth on the grid, but made good progress in the first half of today’s time-shortened race (1 hour, 40 minutes). A great pass on Scott Dixon off of a restart with 51 minutes left put him fourth, and shortly after another restart with 45 minutes to go, he peeled off second from Will Power.

But while he was moving up the pylon, it was revealed that his radio had become unplugged from his helmet. That not only caused Andretti to keep an eye open – literally – for when Hunter-Reay was pitting, but also caused his crew to use a sign board to get their messages across:

Per the INDYCAR rulebook, radio communication must be maintained between the driver and his pit at all times, and that at the series’ discretion, a car can be black-flagged and ordered to repair the radio.

However, it never came to that for Andretti, who held off Dixon in a spirited late-race battle to earn his first podium finish since coming home third last year at Sao Paulo.

Barber also remains one of his better race tracks, as today marked his third Top-5 and fourth Top-10 finish in five starts there. NBCSN