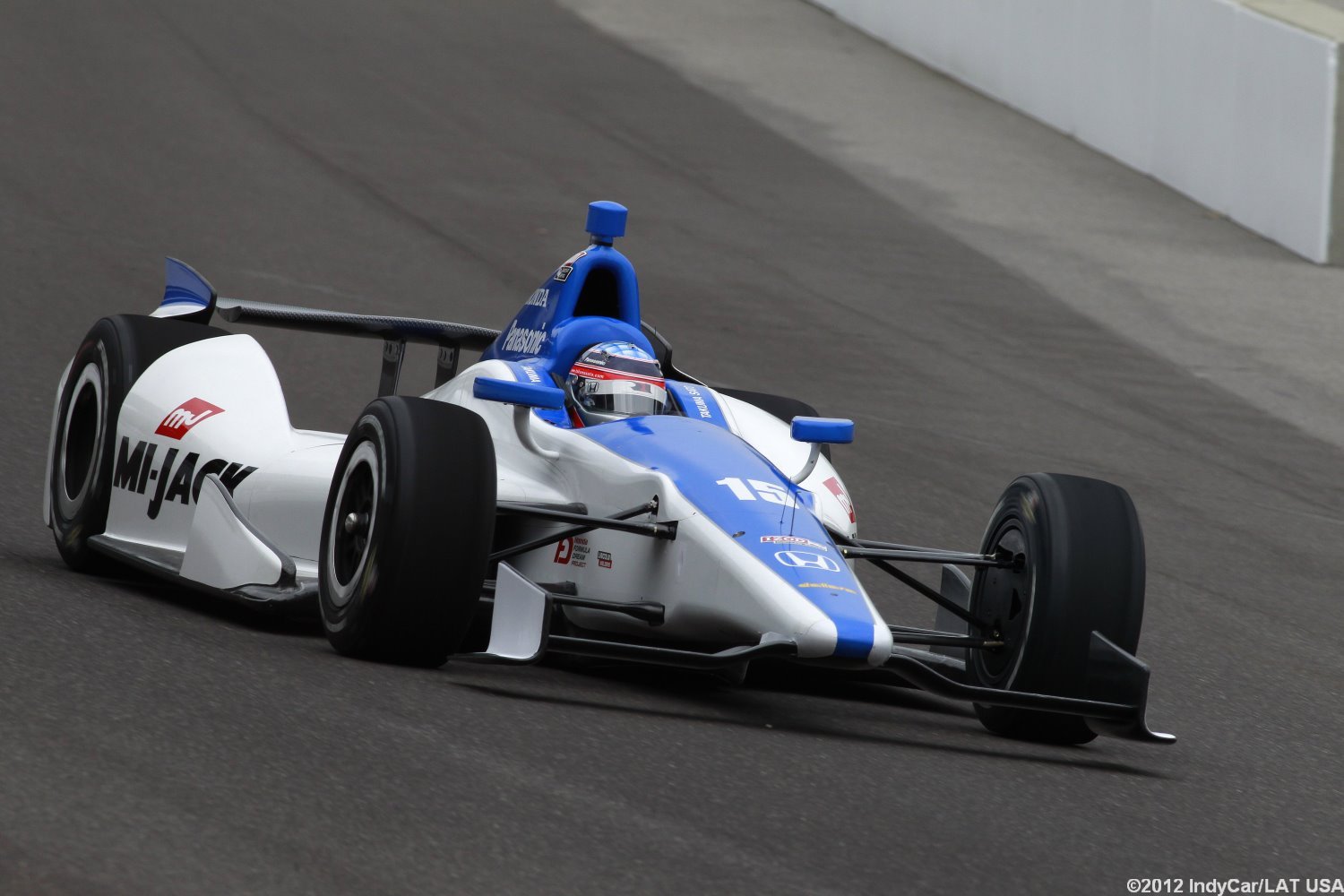 (Editor's note: This article is nothing new. AutoRacing1 has been saying for years that ovals are infinitely more dangerous than road courses. While we do believe that ovals are a fundamental part of the American Open Wheel Racing heritage and should remain on the schedule, the writer here is basically presenting common sense in noting their danger.

And although you cannot dispute the numbers cited, the article does conveniently overlook the safety improvements IndyCar has made to its oval racing since the advent of the DW12. They have returned the driver to the equation by eliminating the insane pack racing, and at the same time improved safety for the drivers.)

(Reuters) – While an entire generation of Formula One fans has grown up without knowing the emotional trauma of a racing death, followers of IndyCar have been constantly reminded about the ultimate price some drivers must pay.

The motor racing world will pause on May 1 to mourn the 20th anniversary of Brazilian triple world champion Ayrton Senna's death, the crash at Imola a haunting but fading memory of the last driver fatality in Formula One.

Over the same two decades IndyCar has wept, grieving the loss of seven drivers.

Three of the men, American Jeff Krosnoff, Canadian Greg Moore and Briton Dan Wheldon were killed in races, three deaths occurred in practice and another while testing — five of the fatal crashes coming on the high-speed, high risk ovals that are unique to American open wheel racing.

Despite the grim statistics, American motor racing legend Mario Andretti, the only driver to win a Formula One world championship, an Indianapolis 500 and Daytona 500, maintains that IndyCar safety standards are the highest in the world.

While danger may lurk around every corner in F1, on an IndyCar oval peril is evident everywhere.
Since 1966 there have been 17 deaths in IndyCar (which includes the series' previous incarnations as Champ Car, CART and Indy Racing League). Nine alone have come at the famed Indianapolis Motor Speedway and all but two on ovals.

"I think IndyCar has been at the head of the (safety) curve always," Andretti told Reuters. "There is not a sanctioning body more concerned with safety than IndyCar.

"But on an oval you have the speed, Formula One doesn't come close to those type of speeds and then you have cars side-by-side at 230mph.

"In a nutshell, IndyCar is definitely more dangerous because of the ovals so they are dealing with a totally different monster."

It is a terrifying one that has scared off some of motor sport's all-time greats but at the same time proven an irresistible challenge to others.

Seven times Formula One world champion Michael Schumacher wanted no part of the Indianapolis 500 while other F1 champions like Nigel Mansell and Emerson Fittipaldi thrived on ovals.

Mansell never made it to Victory Lane at the Brickyard but the Briton did become the only driver to hold both the F1 and IndyCar driver's titles at the same time.

"There is definitely concern from road racers because they know what they are up against," explained Andretti, about the cautious fascination with oval racing.

"I know quite honestly Michael Schumacher was asked whether he would be interested in trying the Indy and he said, "No too dangerous". I know that for a fact. Some feel they don't need that."

While a small mistake on a road course can send a driver spinning off the track, the same error on an oval can result in a car flying into a concrete barrier.

It was such a miscalculation that triggered a series of catastrophic events that ended in IndyCar's last fatality in 2011 at the Las Vegas Motor Speedway when two times Indy 500 winner Wheldon died.

His car was launched violently into the air, crashing into the catch fencing and disintegrating.

"The high speed ovals certainly represent the greatest risk because of the speed and because of concrete wall and lately because of the closeness of the racing, which is far closer than it is in Formula One," Bobby Rahal, who won the Indy 500 as both a team owner and driver and also raced briefly in F1, told Reuters.

"The cars are very safe today but there is still that ultimate risk regardless and that will always exist. When you are side-by-side or three abreast it doesn't take much.

"When you are going that fast, you are pretty much on the end of shoestring and when that shoestring breaks it can have big consequences."

With each deadly crash, there is a lesson learned.

One legacy from the tragic weekend 20 years ago at Imola, that took the lives of Senna and Austrian Roland Ratzenberger, is that safety measures were forced through with lasting consequences for the sport and car industry as a whole.

"The safety advancements in motorsports have been incredible over the last 20 years and we are always trying to improve in this area to make the sport as safe as we possibly can," said IndyCar team owner Roger Penske, whose cars have won the Indy 500 a record 15 times.

"There will always be risks associated with racing but with the research and technical advancements made through driver and car safety, the sport has come a long way."

Rahal noted that the circuits in the United States are not, in most cases, to the same level as in Europe for safety while Andretti would like to see a change in IndyCar design to keep them from being launched like rockets.

But IndyCar has also continued to learn from tragedy.

Safer Walls, collapsible barriers designed to cushion impact, are now standard at ovals like the Indianapolis Motor Speedway while the mobile hospitals and state-of-the-art trauma centres pioneered by IndyCar and copied by F1 are fixtures at every race.

The HANS device (Head and Neck Support device) was developed in the United States and is now mandatory in most levels of motor racing from Formula One to Monster Trucks.

"There is no engineer on this planet that will make something safer to give up performance because he or she likes the driver. It has to be mandated," said Andretti. "Safety is an ongoing effort, you will never stop improving the breed.

"Every tragedy that involves a very visible driver like Senna is a wakeup call.

"As drivers we had been fighting for decades to improve the safety. Even in the 60s when I was asking for a pad here and a pad there they would look at me like I was some kind of a pussy or something.

"Almost every safety feature in a car is a performance penalty so the trick is to make it mandatory," added the 1978 Formula One champion.

Improvements in safety have often come at a hefty price, paid for in lives and lost careers.

But no matter what safeguards are put in place all agree motor sports will remain one of the world's riskiest professions and the danger element will never be removed.

"It's never going to be 100 percent safe. Never," said Andretti. "This is part of the sports appeal but let's be smart about it.

"Today 99 percent of the drivers have the opportunity to retire on their own terms after long careers.