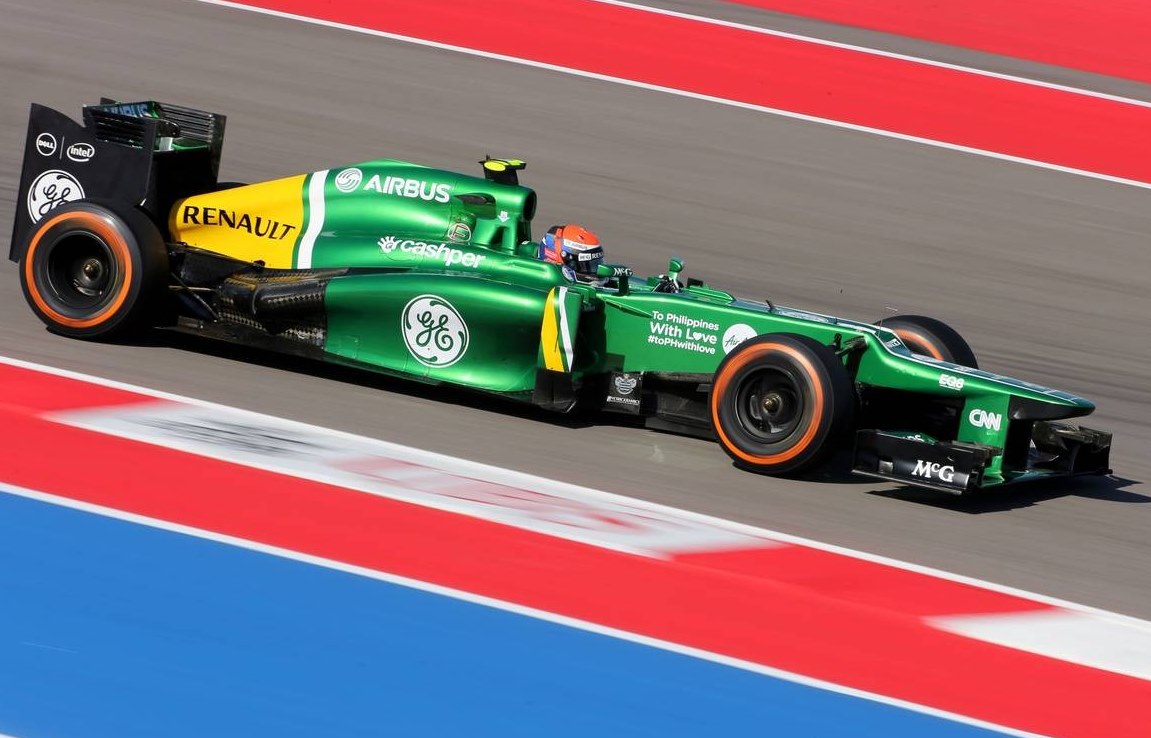 That is the claim of Dr Helmut Marko, the force behind the energy drink company's driver development program that produced world champion Sebastian Vettel.

But the program, described by some as brutal, has also discarded its fair share of talents, including Jaime Alguersuari who was dropped at just the age of 21.

The latest F1 graduates, however, are faring well so far in 2014, including the Russian teen Daniil Kvyat at Toro Rosso, and Vettel's new teammate at the senior team, Australian Ricciardo.

"We were absolutely right to take him (Ricciardo)," Austrian Marko told Germany's Auto Bild, referring to suggestions the top team should have signed someone like Kimi Raikkonen.

"Those in the team who were against him (Ricciardo joining) are now silent," he added.

Indeed, at present, Ricciardo is even showing up the reigning quadruple title winner Vettel in the 2014-spec RB10.

Marko says Ricciardo confirms the Red Bull "philosophy, to give young drivers a chance to show their potential to win".

"He has shown that he can keep up with Sebastian, even under extreme pressure and difficult conditions," he said.

As well as more than 'keep up' with Vettel, Ricciardo has also improved the atmosphere inside the team, said Marko, whose relationship with Mark Webber was never good.

"The mood in the team is much better now," he said. "There is cohesion between the drivers and no more two directions."

Webber also seems to be enjoying his new life after his seven years with Red Bull, finishing on the podium at a wet Silverstone last weekend in his world endurance debut in the Porsche prototype.

"Always tastes good," the 37-year-old said as he 'tweeted' a photo of himself in his new white overalls drinking from the champagne bottle.

Italian media reports claim the 48-year-old, who started work at Maranello in his twenties, has been contacted in recent days by Giovanni Petrucci, president of the Italian basketball federation, the Federazione Italiana Pallacanestro (FIP).

In his seventh season as Ferrari team principal, Domenicali stepped down between the recent Bahrain and Chinese grand prix due to the fabled Italian team's poor results and was replaced by Marco Mattiacci.

Fernando Alonso scored Ferrari's first podium of the new V6 era in China, and dedicated it to the departed chief.

"Probably all the parts from now until July or August are coming from the team working under Stefano, so hopefully we can give him some great Sundays at home in front of the TV," he said.

The team has been searching for a fresh primary partner since cutting its ties with telecommunications giant Vodafone at the end of last year, a relationship that spanned a total of seven Formula 1 campaigns.

McLaren Group CEO Ron Dennis said prior to the start of the season that a new sponsor would be revealed in the "next few events", and Boullier made clear during the outfit's latest phone-in that this remains the target.

"The plan Ron discussed is happening," said Boullier. "Until we have signed the package, signed the final contract, nothing will be announced. Until we are in a position to do so, we will keep going as we are now."

McLaren has placed different partners on the primary advertising spots of its cars over the first four races.

Boullier: No reason for McLaren to panic
McLaren Sporting Director Eric Boullier has said there is no reason for the team to go into 'panic mode' in the wake of another disappointing race in China.

The Woking-based outfit began the 2014 Formula 1 season positively with a two-three finish in Australia. However since then, Jenson Button and Kevin Magnussen have both struggled with the MP4-29, and Shanghai provided little relief, with the duo finishing eleventh and 13th respectively, both lapped by race winner, Lewis Hamilton.

"It is obviously bad. To have a DNS [did not score] – that hurts," Boullier told PA Sport. "One of the dangers after last year is to go into panic mode, which would make things even worse. It is why we have to go back a little and say, 'don't panic'. McLaren has won as many races as Ferrari. Two years ago they were winning races, so there is no reason to panic.

"It is not because you lose one guy, two guys, six guys or 10 that the car does not work anymore. It is more the panic mode. Sometimes you have to look at yourself and think, 'Well, what the others are doing is maybe more clever'. Like any business you have to watch your competitors and try and catch up with them."

McLaren's woes have been blamed on a lack of downforce and Boullier is hopeful the squad will make some progress for the Spanish Grand Prix next month.

"We're working on it, and obviously it is going to come sooner rather than later I hope," he continued. "Already in the wind tunnel we have picked up a lot of performance, and back in the factory everything is fine, it is just a question of preparing everything and shipping it to the track.

"Some of it will be in Barcelona, whilst other things will take a bit longer than this. But we're definitely in the mix – 100 per cent sure. On the track is one thing, but we know in the factory what is going to happen in the next three or four races. I know what is going on, so I know we are on a very good development rate."

Speaking in McLaren's official post-race review, he added: "We know what we have to do, and we'll work night and day to do it."

In London, Daniel Johnson wrote Ecclestone "is one of sport's great survivors." He "has shrugged off allegations of corruption and controversy before." This time, it "could be the end of the road." If Munich's higher regional court were to find Ecclestone — who denies all charges — "guilty, then the subject of his legacy would move from being a live issue to one spoken of in the past tense." For a start, while he "was generous enough to arrange the trial so it takes place largely on Tuesdays and Wednesdays," to suit F1's frenetic schedule, the judge "already seems to be convinced of Ecclestone's guilt." Furthermore, "the 256-page indictment, which paints Ecclestone as a man desperate to retain control at all costs, is incredibly thorough." What the trial means for F1 "in general, however, is less clear." Over the next five months "it will mean a flurry of unwelcome headlines, particularly after the controversy surrounding the new rules." CVC co-Chair Donald Mackenzie "is likely to be called as a witness once more, and while a source close to the CVC board acknowledges that they are comfortable with Ecclestone’s 'colorful' side, and all the baggage that brings, this is not normal territory for a private equity firm." TELEGRAPH

REUTERS' Keith Weir wrote the case threatens "to break the Briton's decades-long dominance of the motor sport." Prosecutors have charged Ecclestone with bribing Gribkowsky "to smooth the sale eight years ago of a stake" in F1 to private equity firm CVC. While entering the Munich courtroom, Ecclestone said, "I'm confident, the sun is shining." Ecclestone "listened through an interpreter as his lawyer read a lengthy statement in German to the court." The statement "went back to his childhood during World War Two and recalled German bomber raids on the town of Dartford, close to London, before taking the court through his business career and the CVC deal." The case "is expected to run until September." REUTERS

Rossi to help clean track in Canadian and US Grands Prix
Caterham F1 Team has confirmed that Alexander Rossi, Caterham F1 Team Reserve Driver and Caterham Racing GP2 race driver, will drive in two FP1 sessions this season at the Canadian and US Grands Prix in Montreal and Austin respectively, you know the session that gets the track clean for the fast boys.

Rossi has been flying the US flag as one of Caterham F1 Team’s Reserve Drivers since 2012 in addition to his role as one of the team’s primary simulator drivers. He has completed multiple FP1 sessions and test days for the team since 2011 and Montreal and Austin will mark his first tastes of 2014 machinery on track, building on the extensive mileage he has already accumulated in the team’s state-of-the-art simulator at its Leafield, UK base. This is the continuation of Rossi’s development towards a F1 full time race seat and reflects the ongoing commitment that Caterham have to see him reach his ultimate goal.

Cyril Abiteboul, Team Principal, Caterham F1 Team: “Alexander will be continuing his development with two more FP1 sessions for us in Canada and the USA. While his focus this year is firmly on GP2 we are pleased to give him more opportunities to play an active role in the F1 team’s race weekends and to have him help us develop our car at two races that are very important for us, both in terms of our season overall and with the strong support we have commercially in the North American continent."

Alexander Rossi: “Each time I step into F1 machinery there is an important job to do. Montreal and Austin are important races for me and I want to thank Caterham for the opportunity to continue my development to a full time race seat in F1. My GP2 program combined with my F1 team Reserve Driver duties give me invaluable insight and experience for my future. I’ve built up a lot of hours in the F1 simulator already this year, but Montreal will be my first visit behind the wheel of the CT05 on track. I look forward to a positive runplan for both the Canadian and USA sessions."