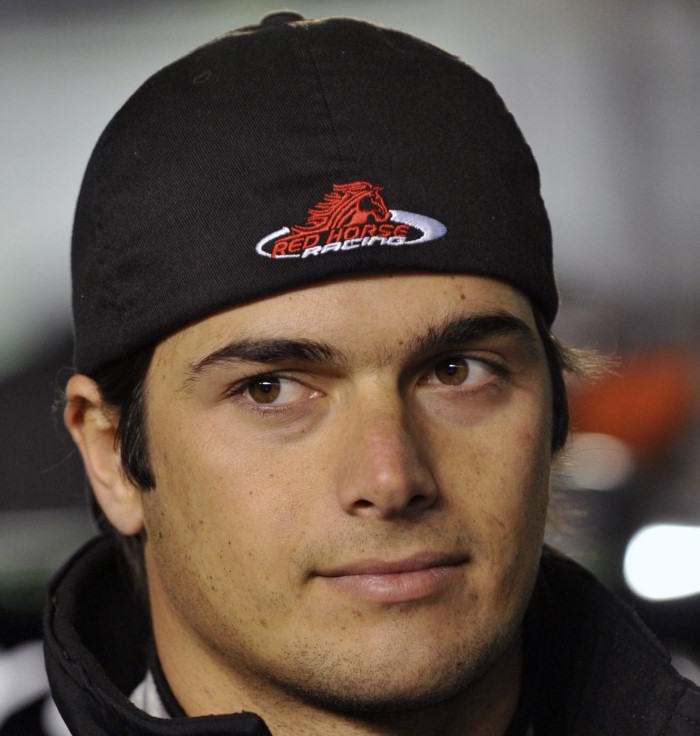 (DALLAS) April 22, 2014 – The newly-formed SH Racing Rallycross team is proud to announce it will contest the 2014 Red Bull Global Rallycross season with Formula 1 and NASCAR superstar Nelson Piquet Jr. behind the wheel. The team will campaign the No. 07 Ford Fiesta ST, a factory Ford car constructed by OMSE. The car will showcase the BSNÂ® N.O.-XPLODE livery at six of ten Red Bull GRC races this year, including the 2014 X Games Austin.

Sulli founded SH Racing in 2010 with roots in motocross, shifted to the Verizon IndyCar Series in 2011, and will return to action sports in 2014 with Red Bull GRC. After competing in the 2013 X Games Los Angeles, SH Racing began preparations for a full-season Red Bull GRC effort in 2014.

“From our OMSE built Ford Fiesta, to Nelson Piquet Jr. as driver, to BSNÂ® N.O.-XPLODE as our primary partner, we have strategically built this team to win, “ stated SH Rallycross owner James “Sulli" Sullivan. “We are up against some steep competition, some of which we compete against in IndyCar, but we’re in it to win it bar none."

Nelson Piquet Jr. will be moving to Global Rallycross after spending the past four years working his way up the NASCAR ranks, where he became the he first Brazilian to visit Victory Lane in the Nationwide Series by taking the checkered flag at Road America in 2012. Piquet Jr. is best known for his time in Formula 1 with the ING Renault team, starting as a test driver and graduating to a full-time ride.

“I am so excited to be embarking on this new challenge, entering the Global Rallycross championship full time this year with SH Racing," commented Piquet Jr. “SH Racing has a serious set up with the factory Ford Fiesta, they’re an experienced team and, with BSNÂ® N.O.-XPLODE fueling us in 2014, I have no doubt we will be fighting for wins. Competing in GRC is such an exciting prospect for me. I’ve always loved being diverse in my racing career and cannot wait to see what this year brings."

Red Bull GRC events are designed to produce the fastest and most exciting racing in all of motorsport. Tracks are between a half a mile and a mile in length, featuring a mixture of dirt, tarmac, and other obstacles. GRC vehicles are capable of producing 600 horsepower, can accelerate from 0-60 miles per hour in 1.9 seconds, withstand 70-foot jumps, and do not include traction control. Events include qualifying; heat races; a last-chance qualifier; and the final, where the event winner is determined.

The No. 07 N.O.-XPLODE Fiesta ST of SH Rallycross will make its debut during the Top Gear Festival Barbados on May 18, the season-opening race for Red Bull GRC. The event will be broadcast on NBC at 1 p.m. EDT on May 24. Additional major sponsorship announcements will be made in the coming weeks.