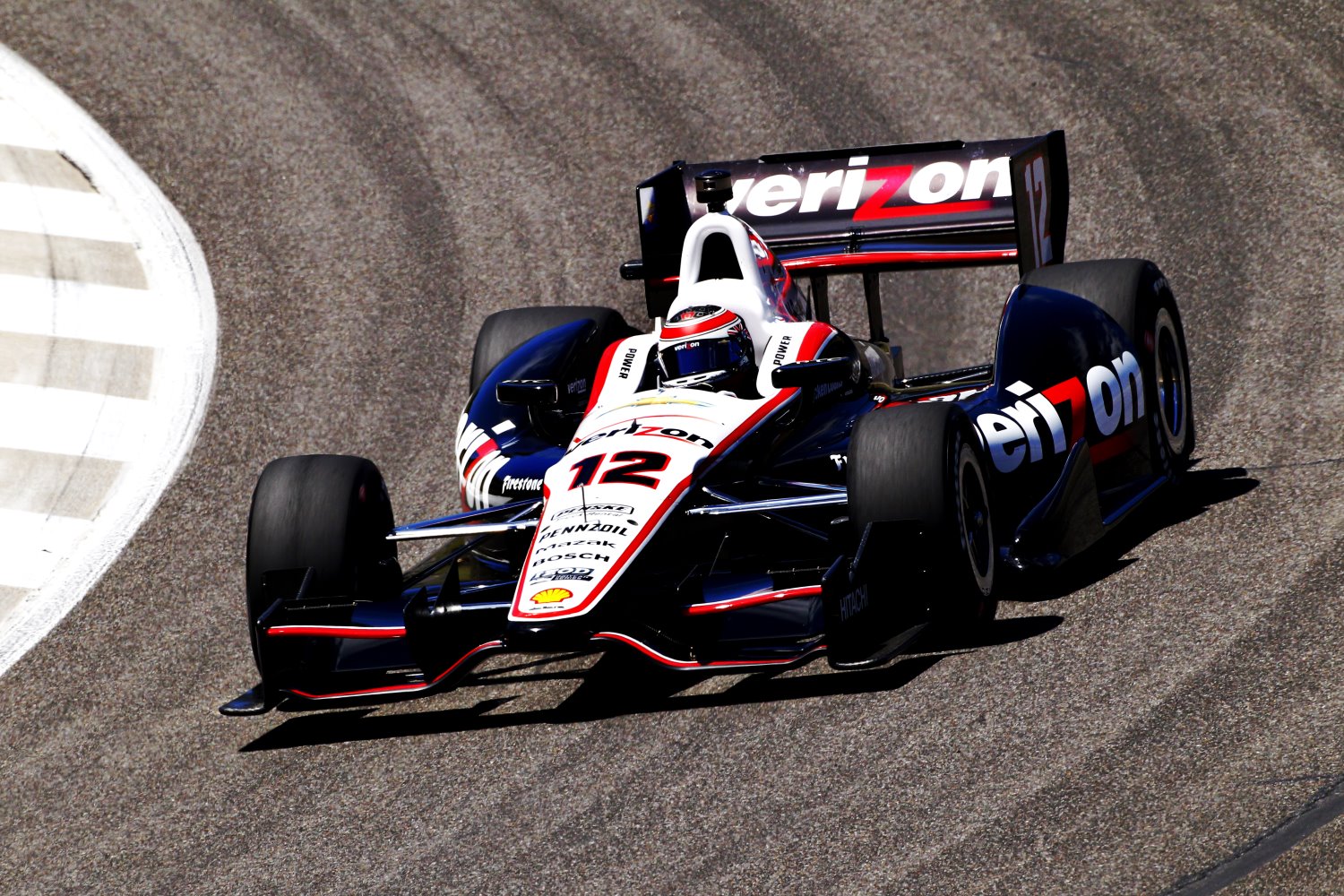 Will Power is not thinking about the Verizon IndyCar Series championship after two rounds, but everyone else – including any competitor who holds title aspirations – already is.

Chiefly, it's how to score consistently high results in what has started as a rough and tumble season to curb Power's gravitational pull on points. The driver of the No. 12 Verizon Team Penske car has finished first and second in the opening street course races to secure a sizable lead in the standings.

The 27-point gap is punctuated by second-place Mike Conway, who won at Long Beach on April 13, won't be competing in the six oval events through August.

Simon Pagenaud, who along with Power is the only driver to notch top-five finishes in both races, is 33 points back heading to the Honda Indy Grand Prix of Alabama on April 25-27.

That conjures up another statistic in Power's universe: In the four races on the 2.38-mile, 17-turn Barber Motorsports Park road course, he's won twice (from the pole in 2011) and topped the time sheet in pre-season Open Tests the past two years.
Still, the North Carolina-based Australian isn't putting much credence in the early returns, only characterizing the Long Beach runner-up finish by .9005 of a second as "definitely a good day."

"Definitely (will) take second from 14th (starting position). Good for the championship, not that I want to think about that crap anymore," he added. "I just want to race. I'm just going to race to win every time."

The attitude adjustment stems from 2013, when he went through a 14-race winless streak that stunted his title hopes before the final month of the season. Power said he ceased worrying about accumulating every point and re-focused on his race craft.
He won the final two races of the season to climb to fourth in the final standings, and the hot streak has continued this season. Over the past 10 races, he's recorded six top-10 finishes, which have included four wins to boost his career total to 22.

"Last year, not being in the points chase, really opened my eyes that I was being way too conservative," said Power, who was the championship bridesmaid the three previous seasons. "I had spent three years being very conservative, feeling the points. Actually taught me you just need to race hard no matter what. At the end of the year, it was fun. You can just race hard, it does not matter. In fact, the results came a lot better when I did that.

"(Now) I can race hard all the time; it doesn't matter where I am in the points. You have 18 races; apart from the big ovals, they all count for the same amount of points. You've just got to always be out there, knocking on the door. I think that's the only way you're going to win a championship."

A championship and Indianapolis 500 victory remain Power's goals, and the 90-lap race at Barber Motorsports Park in Birmingham, Ala., should assist in piling up points to reach the former.

"Definitely aiming to be pole because that track is very difficult to pass," said Power, who qualified second to pole sitter and race winner Ryan Hunter-Reay in 2013. "Everyone's tested there. Everyone's run a lot of miles there, so there are a lot of good guys with good cars. It's definitely going to make it an interesting weekend."

Through the two races, 11 different drivers have advanced to the Firestone Fast Six of qualifications – the 10-minute session that determines the Verizon P1 Award winner and the first three rows.

"A lot of teams now are really compressed. There's no one that sticks out," Power said. "Obviously, Ganassi was strong on the road and street courses last year. Every offseason, all these small teams, including us, you close the gap. The gap gets smaller and smaller.

"It's a different series or different intensity of competition, you could say, to what it was two or three years ago. It's really ramped up. No one just takes all the poles. It's quite difficult to get a pole, let alone get in the Fast Six now, which is great. It's a good, tough series."