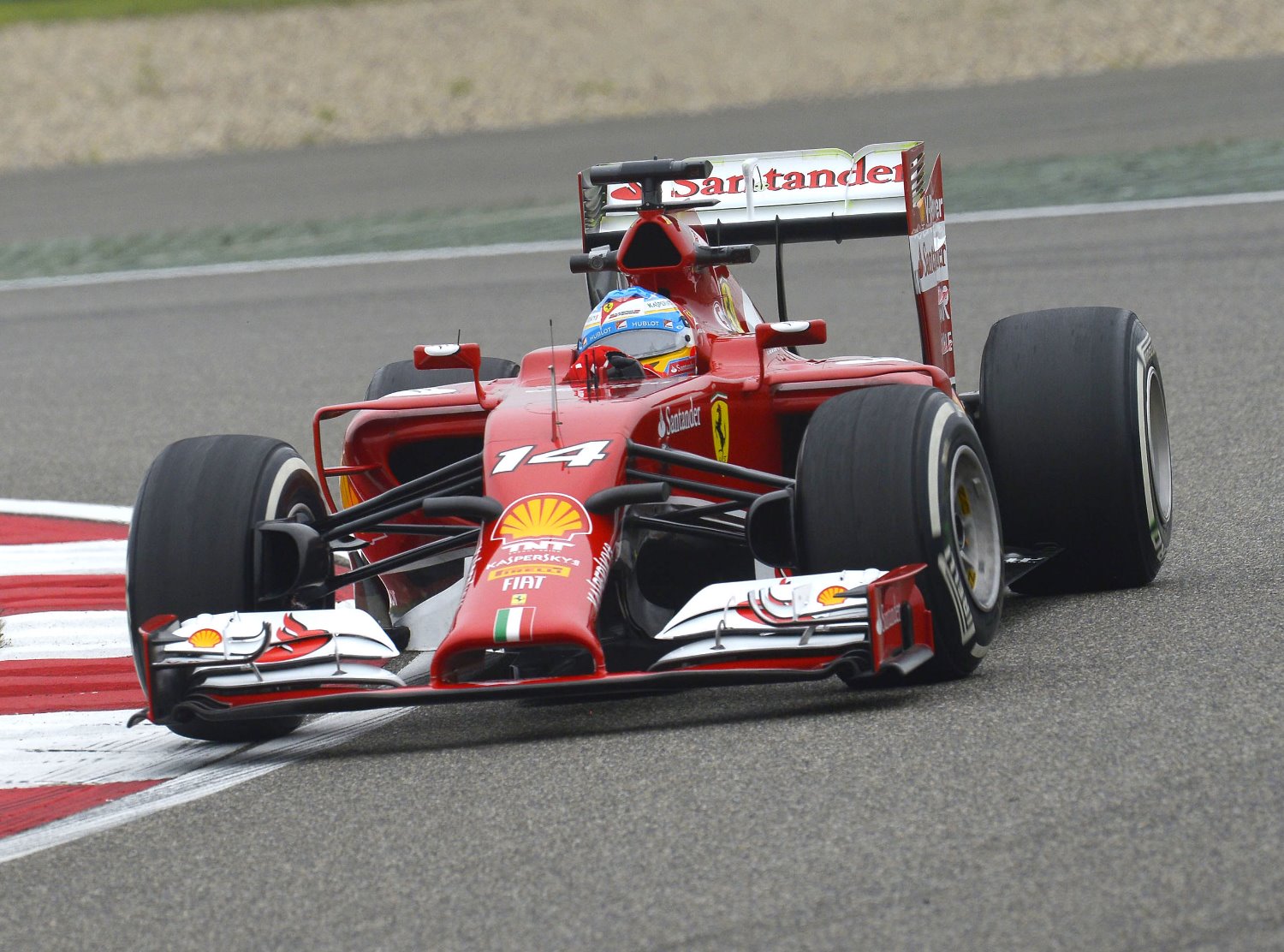 (GMM) Mercedes' rivals look closer to the pace this weekend in China.

Back-to-back winner Lewis Hamilton was the fastest overall in Shanghai practice, but Ferrari's Fernando Alonso was only a tenth behind.

On Friday morning, the Spaniard was even fastest of all.

But the Italian team does appear to have taken a clear step forward since Bahrain, with correspondent Michael Schmidt revealing Ferrari is using not only a new rear wing in China, but also an engine upgrade and new Shell fuel.

"The competition has moved closer to us," confirmed Mercedes' Paddy Lowe.

Closer, but not quite close enough, as confirmed by Red Bull's Christian Horner. "We are closer," he agreed, "but we cannot challenge them on a dry track.

If it does stay dry, the main event at the front of the field could be yet another ding-dong battle between Hamilton and his feisty teammate, Nico Rosberg.

The German is desperate to prevent Hamilton from gaining the psychological "edge", as referred to by the Briton and 2008 world champion on Thursday.

Once friends, the pressure of their seemingly inevitable battle for the 2014 title is beginning to tell.

Asked if he had "any contact" – a phone call, an email, a text message – with Hamilton since finishing second to his teammate in Bahrain two weeks ago, Rosberg insisted: "No, nothing."

During their wheel-to-wheel battle, Rosberg had radioed the pits, describing Hamilton's driving as "not on".

Rosberg played that down on Thursday but admitted the pair would need to get together for a clear-the-air session.

On Friday, Rosberg said: "Yes, we sat down and went through everything. It's all behind us and flat-out ahead."

But when asked about that debrief, Hamilton shook his head and answered "No" when asked if it had taken place.

Rosberg confirmed that the rivalry is becoming "tense", and team boss Lowe said he will work hard to keep it in check as the races roll on in 2014.

"We've already seen signs (of the tension)," he told the Guardian, "because they've got a winning car and they both want to win. I think it will require careful management through the year."