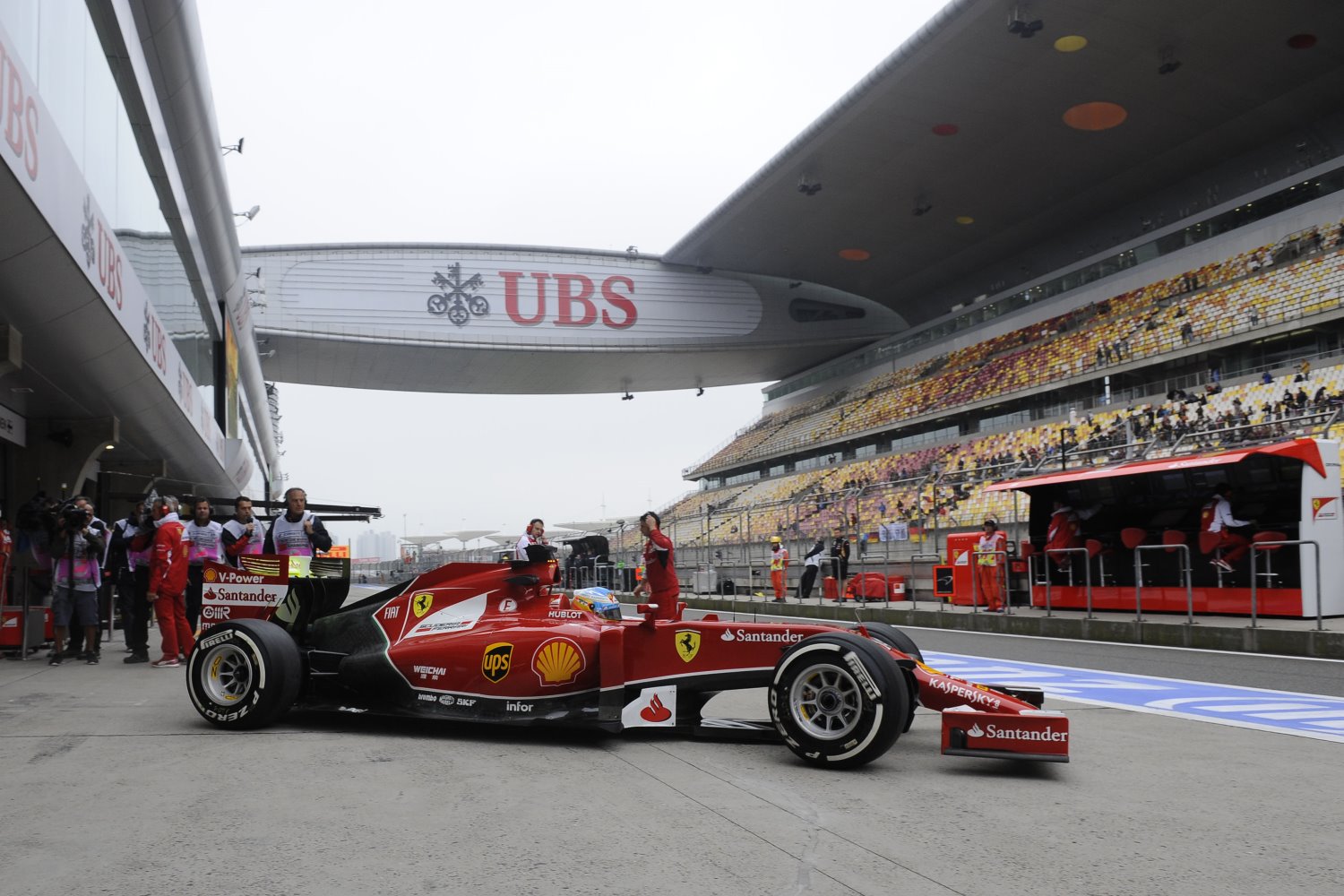 Fernando Alonso set the early pace for the Ferrari in the opening 'track cleaning' session for this weekend's Chinese Grand Prix.

The two-time world champion was 0.398 seconds faster than Nico Rosberg's Mercedes, but the times are meaningless and the Mercedes team will certainly lead session 2.

Australian Daniel Ricciardo was third quickest in his Red Bull ahead of Jenson Button's McLaren.

Nico Hulkenberg was fifth fastest for Force India, one place in front of the other McLaren of Kevin Magnussen.