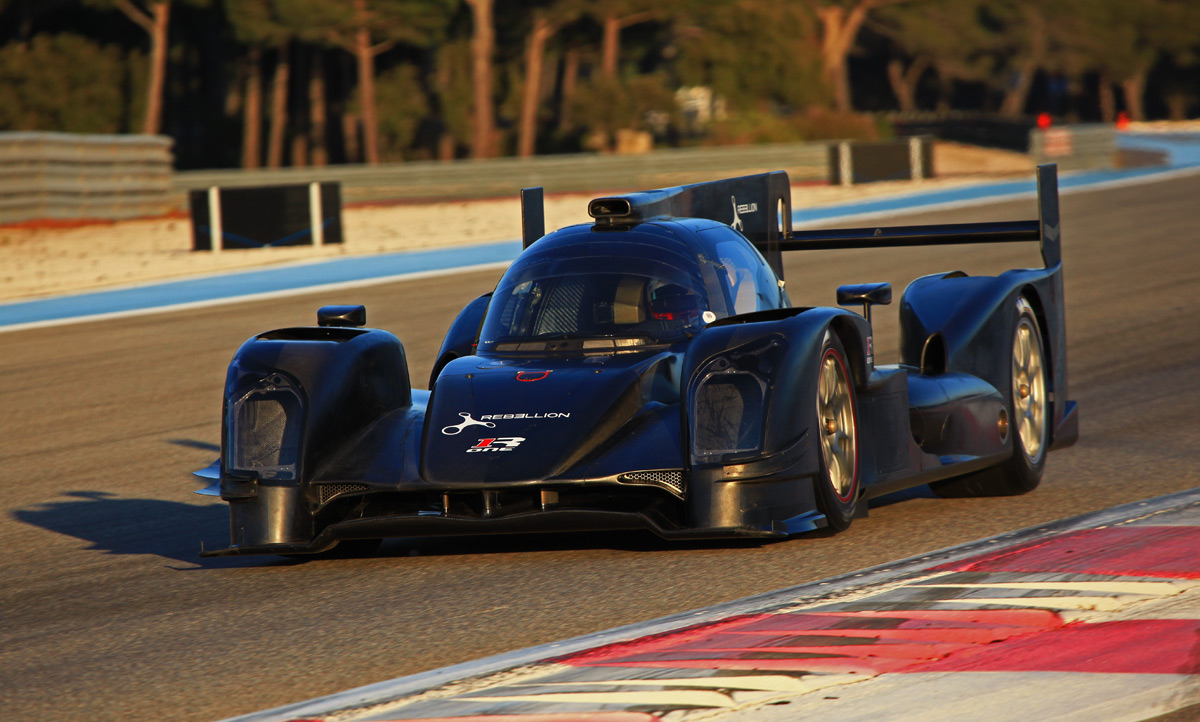 REBELLION Racing is pleased to introduce the new REBELLION R-One LM P1 that will compete in the FIA World Endurance Championship and the legendary Le Mans 24 Hours.

Barely a year after the start of the project – exactly 363 days after the design of the first piece in CAD – the REBELLION R-One LM P1 took to the track for the first time on Wednesday at Paul Ricard HTTT in the south of France.

The REBELLION R-One, designed by ORECA, had a successful shakedown in the hands of Swiss driver Mathias Beche.

The cars will start their testing program next week, before heading to the 6 Hours of Spa for their first race in the 2014 FIA World Endurance Championship.

Bart Hayden, REBELLION Racing Team Manager
"Today the Rebellion R-One has turned its first laps and we are absolutely delighted by that. After many months of dedicated focus and design effort, the past few weeks have seen an incredible input by the Oreca personnel and members of the REBELLION Racing team. Our mechanics have been in the Oreca factory for the past few weeks without a break and so today's running of the car is a great reward for all the hard work. Congratulations are due to everyone that has been involved in this project, but particularly to the design team led by Christophe Guibbal and the REBELLION mechanics led by Garry Richardson.

Our mechanics are now catching the next plane back to England to be at Silverstone for this weekend's FIA WEC opening race of the season and we will all be coming back to Paul Ricard next week after that race for a full test of the R-One cars."

Hugues de Chaunac, ORECA
"It’s a great moment, an emotional one for REBELLION Racing and ORECA Â» explains Hugues de Chaunac. Â® Together, our teams worked very hard to get this first result. We knew the timing was very tight in order to build a new closed LM P1 from the ground up, with an entirely new technical rules package, but we did the job in just under 12 months ! To see a closed prototype come out of our workshops, at such a level of completion, is a proud moment. It’s one of those days that will stay in our memories because it marks the beginning of a new exciting challenge. We know this first shakedown is only one step among many. We are completely concentrated on Spa and the 24 Hours of Le Mans. They are two events that we are working hard to prepare for and that we are awaiting with a certain level of impatience because they will be the first and truest tests of our car. We’ve dreamed of this first closed prototype, and today it’s here ! "