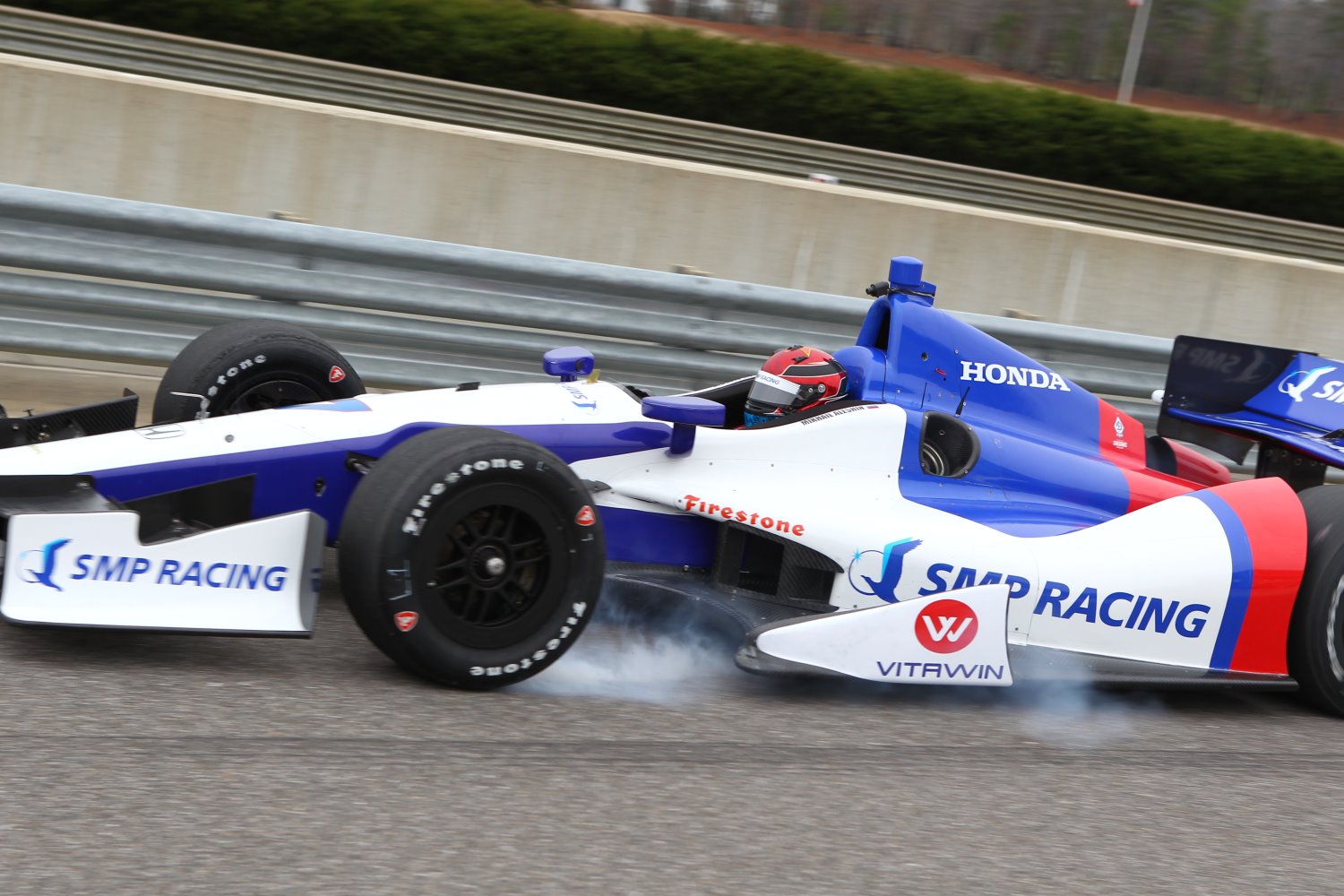 INDIANAPOLIS (April 9, 2014) — Simon Pagenaud spent his childhood fantasizing about driving race cars through the streets of his hometown in France, and each year his favorite part of returning to the Toyota Grand Prix of Long Beach is living that childhood dream.

Pagenaud and his Schmidt Peterson Motorsports teammate, Mikhail Aleshin, embark on the 11-turn, 1.968-mile temporary street circuit for the 40th running of the Grand Prix of Long Beach on Sunday, April 13.

"You really know you're racing through the city streets when you're in Long Beach," Pagenaud said. "It's like the dream you have when you're a kid of racing through the streets of your hometown. It's a track that requires a lot of commitment with the wide front stretch that narrows up in Turns 1 and 2, so that you get that feeling of high speed."

Pagenaud climbed nine positions in the Verizon IndyCar Series season opener March 30 at the Firestone Grand Prix of St. Petersburg to earn a fifth-place finish. The Frenchman started 14th, but he believes the No. 77 Charter Communications/SPHM Honda team is prepared for a better qualifying performance from the car at Long Beach.

"I knew our car was stronger than what we showed in qualifying in St. Pete because we were running in the top five in practice sessions," Pagenaud said. "Going into Long Beach, our approach will still be to focus on the race car but to also learn exactly what we need for qualifying. Having a full race under our belt on the Firestone red tires will also help us get a better handle on qualifying."

The team's hopes for a strong qualifying and race performance at Long Beach are buoyed by the impressive debut of the Honda Indy Twin Turbo V-6 engine in St. Petersburg, which went off without a hitch.

"Our debrief with the Honda Performance Development engineers after St. Pete was really positive," Pagenaud said. "The behavior of the engine is better than last year, and the power is strong. Fuel economy is up there, too. A lot of the goals we set last year were reached, but there is always room for improvement. The most important thing is that we came out and showed we could compete with Chevrolet, which is a great way to start to the season."

Pagenaud's highest finish at Long Beach came in 2012, when he placed second as a Verizon IndyCar Series rookie. The Frenchman claims California as one of his favorite places in America and arrives to races in California as early as possible for training and relaxation.

"I love running in the California heat, and I always climb the same mountain when I'm here," he said. "Relaxing at the beach between races helps me calm my mind and prepare for the competition coming up. It allows me to focus solely on myself and my driving."

"The rolling start in St. Pete was the biggest difference to me compared to the racing I'm used to in Europe," Aleshin said. "I lost several positions in St. Pete right off the bat, but in Long Beach we're back to a standing start, which is definitely in my comfort zone."

"I feel a little more experienced now and am looking forward to this race weekend at one of the most legendary street circuits in the U.S.," Aleshin said. "I've been watching lots of Long Beach races from previous years, and I've spent time in the simulator on the circuit, too.

"Long Beach is a completely different layout than St. Pete, but there are several similarities just because both are temporary street circuits. It's daunting that every track will be new to me this season, but it's also a challenge that I'm relishing."

Click here Watch the #TweetBox teaser below and submit questions via Twitter with the hashtag #TweetBox to be answered on the new YouTube show "TweetBox with Simon and Mikhail."