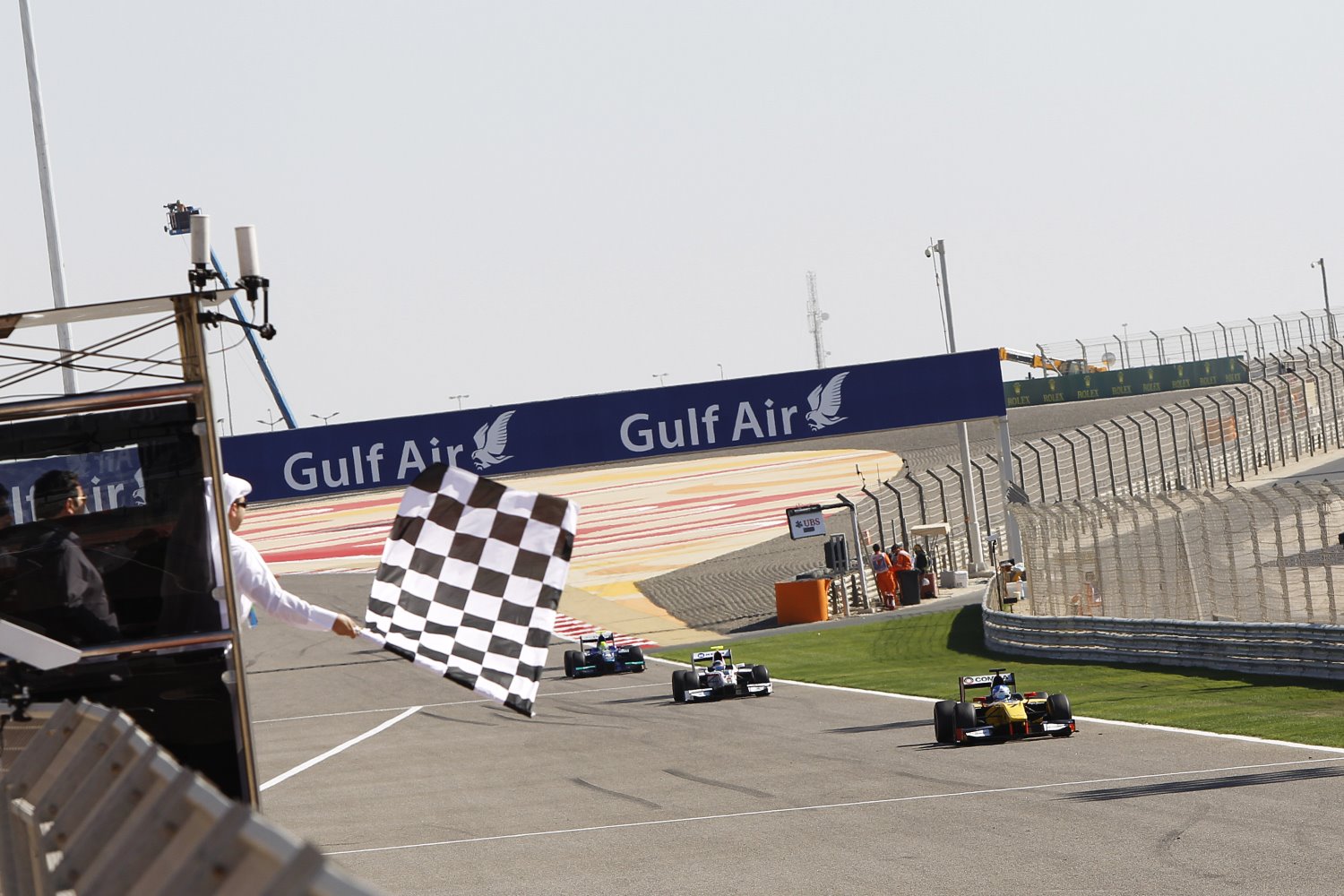 Jolyon Palmer has topped a dominant weekend in Bahrain with victory in this morning’s sprint race: the win, along with pole position, a podium and fastest lap yesterday allowed the Briton to head home with the lead in the 2014 GP2 Series championship after standing on the top step between Simon Trummer and Julian Leal.

The win was set up at the start: Felipe Nasr had a poor start from pole position while Palmer had a brilliant one, slotting in behind front row starter Trummer into turn one from P6, with Leal following him to push up from P7 to P3 and Adrian Quaife-Hobbs a third impressive starter to move up behind them, and ahead of Nasr, from P10 on the grid.

With temperatures even higher than yesterday’s feature race, tire preservation was going to be key: the first lap was the main opportunity for bravery and Palmer took full advantage, lining himself up behind Trummer to get a tow down the main straight, slicing inside and through for the lead at turn one, a move echoed by Stephane Richelmi on Daniel de Jong for P8 behind them as everyone watched their tires carefully.

It wasn’t until the closing laps that the drivers were let loose once again: Trummer and Leal threw everything they had at Palmer but the Englishman was up to the challenge, holding on for a strong victory and the points lead, while behind them was chaos. Nasr and Quaife-Hobbs swapped positions a few times before the Brazilian finally made P4 his own with 3 laps remaining, Richelmi and Arthur Pic came together before the Monegasque blew through, later taking the Briton for P5, while the Frenchman lost out in a last lap fight to Mitch Evans and Rene Binder for a points finish.

With Stoffel Vandoorne having a torrid race which resulted in an unplanned pit stop, Palmer took a strong lead in the championship, 38 points to Leal’s 28, with the Belgian stuck on 25 points ahead of Trummer on 18, with Nasr and Stefano Coletti on 12 as the teams turn their focus towards the next round in Barcelona.