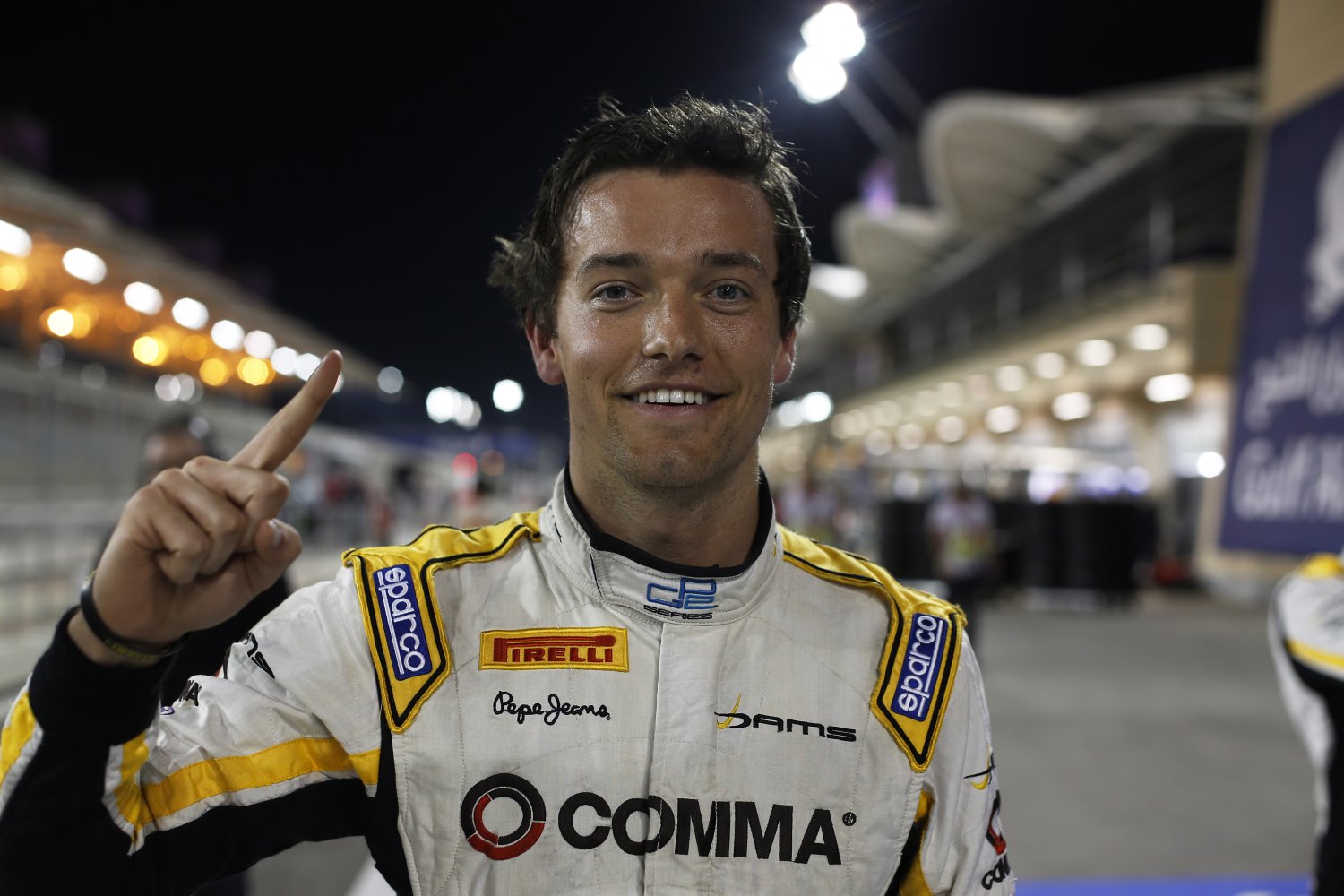 Jolyon Palmer has started his 2014 GP2 Series campaign in the best possible way: the Briton snatched this season’s first pole position in a blazing 1:38.865 in a tricky session that saw a red flag period. Behind him, rookie Stoffel Vandoorne did not fail to impress the rest of the field: the Belgian ace clocked in a laptime just three hundredths slower than Palmer, but one tenth quicker than Daniel Abt in third place.

The qualifying session opened under the lights of the Bahrain International Circuit and on a much cleaner track compared to this morning’s free practice session. The twenty-six drivers fed onto the track on Pirelli Soft tires. Felipe Nasr set the early pace. Vandoorne was on a flyer when he went too wide in Turn 14, but still managed to go top. However, Mitch Evans went even quicker and bettered the Belgian’s time by six thousandths.

On the ten minute mark, Abt found some extra pace to clock in a laptime of 1:39.073 and claimed the top spot. Vandoorne improved on his personal best, but had to settle for P2 – one tenth slower than the German. At mid-session, all drivers returned to the pits for a set of fresh rubber. As the action resumed on track, newcomer Artem Markelov span on cold tires at Turn one and stopped on track. The session was thus red flagged in order to retrieve the Russian’s car.

At the re-start, and with seven minutes left on the clock, the drivers re-joined the track for one last attempt. Palmer put his head down and dipped under 1m38s. Vandoorne also broke that barrier but was unable to beat the Briton’s laptime. Behind this pair, Abt had to settle for third. Stéphane Richelmi, Rio Haryanto, Stefano Coletti, Evans, Felipe Nasr, rookies Raffaele Marciello and Arthur Pic completed the top ten.