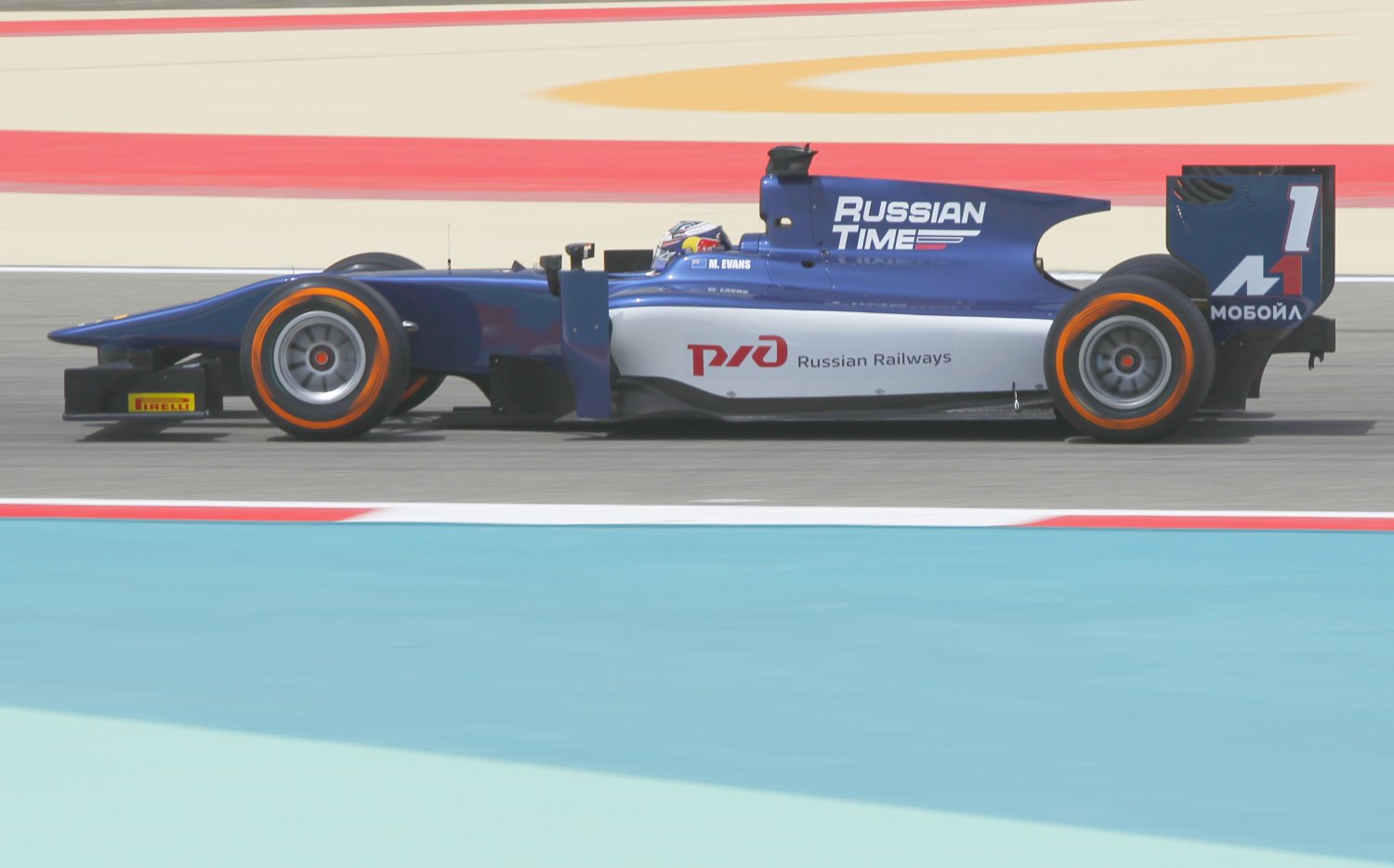 The tenth season of the GP2 Series opened today at Bahrain International Circuit in windy conditions on a dirty track. It was Mitch Evans who ended the forty-five minute free practice session on top with a laptime of 1:42.062, a mere 0.06s quicker than rookie Stoffel Vandoorne.

As the pitlane opened, the DAMS duo was the first one to take to the track. With all twenty-six drivers having tested for three days on this track a few days ago, the opening minutes of the session were relatively quiet seeing mainly installation laps on Pirelli Hard tires.

Conor Daly set a first significant laptime, but rookie Arthur Pic went three tenths quicker to claim the top spot. On the ten minutes’ mark, Evans set the final two sectors in purple and, although his lap was not totally clean as the New Zealander struggled with a lack of grip at Turn 13, he clocked in a laptime fast enough to go top, six tenths better than then P2 Daniiel De Jong.

The remainder of the session saw the rest of the field trying to close the gap to Evans. In the final stages, newcomers Vandoorne and Raffaele Marciello swapped second place, but it was eventually the Belgian driver who managed to put together a laptime a hairsbreadth away from Evans’. With two minutes left on the clock, De Jong stopped at turn 2 which brought out a red flag and an early end to the session.

Behind Evans and Vandoorne, Marciello, Daniel Abt, Stéphane Richelmi, Rio Haryanto, André Negrao, Jolyon Palmer, Simon Trummer and Daly rounded up the top ten. But this pecking order could change tonight during the qualifying session which will take place at 8pm (local time) under the lights of the Bahrain International Circuit.

American Conor Daly did a good job to finish 10th while the other American, Alexander Rossi, driving for backmarker Caterham, could only manage 17th. His career is going nowhere fast as long as he continues to drive for a backmarker team. What a waste of a great talent.