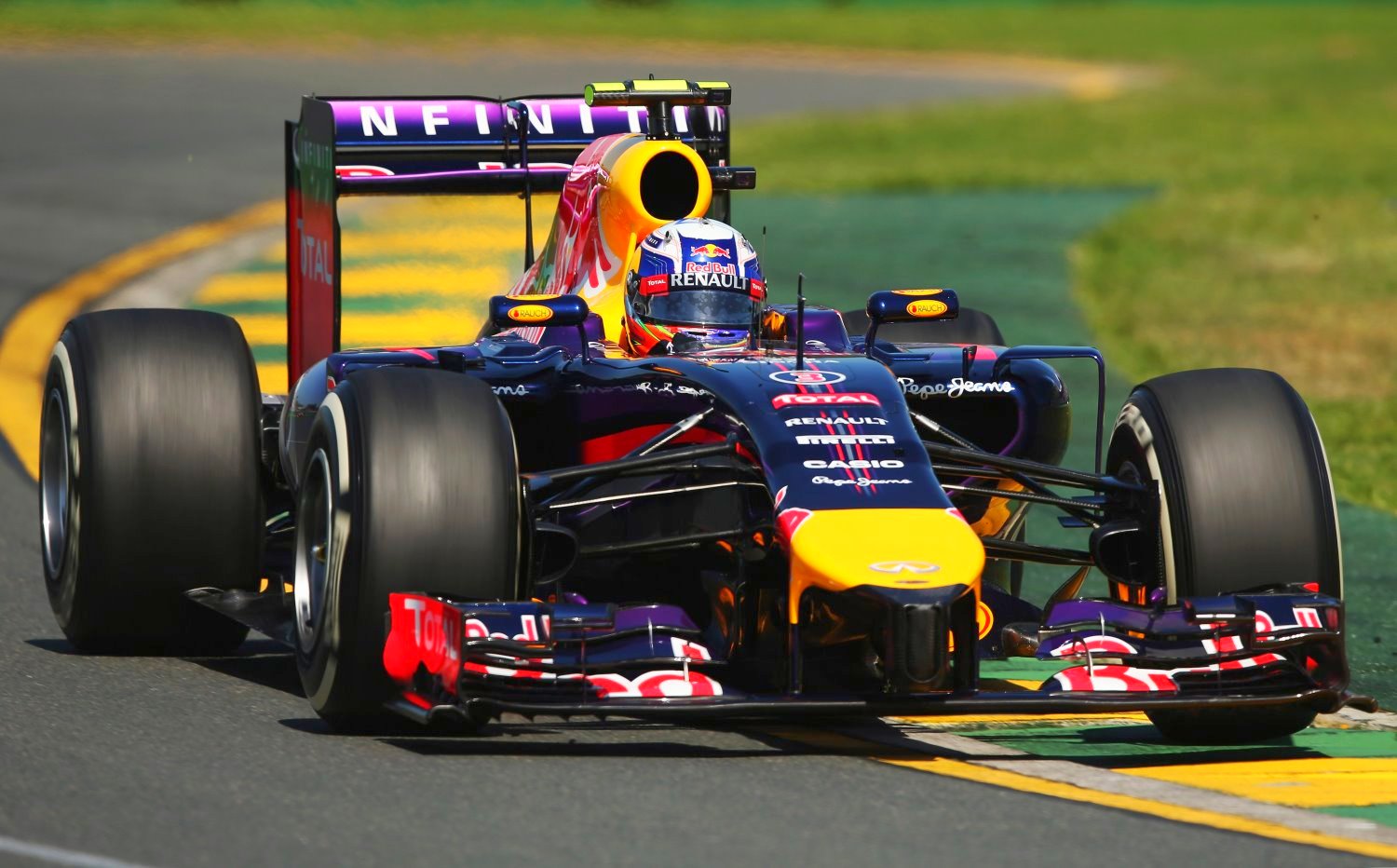 Energy drinks giant Red Bull has spent more than $1.2 billion on its flagship Formula One auto racing team over the past decade according to new research.

However, its investment could be in jeopardy over a row about new engine regulations which is engulfing the race series.

Red Bull has been involved with F1 for nearly 20 years. Initially it was a sponsor and part-owner of the Sauber team and then became a sponsor of its struggling rival Jaguar. Red Bull’s connection with F1 began to accelerate in November 2004 when it bought the UK-based Jaguar outfit from Ford for $1. At the time there were concerns that it was doing this to promote its products and not to win races. It couldn’t have been much further from the truth.

Since buying the team from Jaguar, Red Bull has added nearly 300 staff giving it a total of 658 in 2012, the most recent year for which its financial statements are available. Three hirings were more important than all of the others.

The first was Christian Horner who, aged 32 became one of F1’s youngest-ever team bosses when he stepped into the driving seat in 2005. Red Bull wasn’t just banking on his youth but also his experience as he had already founded the championship-winning Arden team in F1 junior series Formula 3000.

Mr. Horner brought on board Adrian Newey, one of F1’s most successful designers, who was attracted to Red Bull Racing by an annual salary estimated at $10.2 million. In 2009 he was joined by 21-year old German driver Sebastian Vettel and the trinity was complete.

In his first year at the team Mr. Vettel won four races for Red Bull Racing and the following year was crowned F1’s youngest ever champion. He has won the title every year since then and has gone on to break record after record. In 2011 Red Bull Racing had the highest-ever number of pole positions of any team in a season with 18 under its belt. In 2012 Mr. Vettel became F1’s youngest-ever triple champion and last year he wrapped up the title three races before the end of the season.

Red Bull has heavily invested in the team to yield this success. The financial statements for Red Bull Racing’s immediate parent Red Bull Technology reveal that the drinks company has poured $1.2 billion into the team since it took it over. In 2005 its bill came to $100 million but by 2012 this had risen 60% to $159.4 million.

One sharp increase stands out in particular. It coincided with the arrival of Mr. Vettel in 2009 when Red Bull’s spending shot up by 29.5% to $170 million. It has decreased slightly since then as the team has honed its race-winning formula. However, it doesn’t translate into turbo-charged profits.

F1 teams receive revenue from three main sources: sponsorship, team owners and prize money. In return for winning the 2011 championship Red Bull Racing received an estimated $94.2 million in prize money the following year along with $30 million for signing a new contract to race in F1. It also took home $91 million from its roster of 34 partners with the biggest-payer believed to be high-end auto manufacturer Infiniti. This gave the team total revenue of $374.6 million but as its costs came to $367.1 million its bottom line didn’t even hit double digits. It was left with a net profit of $7.5 million which is actually quite high for an F1 team.

Generally, F1 teams are run to break-even which involves spending all the revenue that is available to them. They do this in pursuit of victory in the races as they believe it is better to win and make no profit rather than make money and do badly.

One of the single biggest expenses for an F1 team is Research and Development and at Red Bull Racing this has rocketed in line with the investment from its owner. In 2005 the team spent $21.4 million on R&D but by 2012 it had increased nearly six-fold to $122.3 million. Success followed suit.

Victory on track boosts a team’s value which gives the owners a payout when they come to sell it. It also increases a team’s ability to bring in more money from sponsorship since brands are prepared to pay more to be associated with a winner.

The benefit to Red Bull comes from exposure of its brand. It has the most prominent logos on the cars of both Red Bull Racing and its sister F1 team, Toro Rosso, which is based in Italy and is also owned by the drinks company. Red Bull’s Advertising Value Equivalent (AVE), the price it would have to pay to buy a similar amount of on-screen exposure, came to an estimated $283.2 million last year. This was the highest of any brand in F1 and was equivalent to 11.9% of the total gained by all the teams.

In just the past five years Red Bull has gained an estimated $1.6 billion in AVE from F1 which alone offsets the $1.2 billion it has spent on Red Bull Racing as well as its investment in Toro Rosso. The financial statements for Toro Rosso do not reveal the precise amount that Red Bull has pumped in since buying the team in 2005 but it is believed to be around $484 million.

With this level of return it may seem hard to imagine Red Bull quitting. However, the AVE does not represent cash revenue whereas its spending on the team is a real cost so, technically, it is losing money through F1. However it is a drop in the ocean for Red Bull which sold 5.2 billion cans in 2012 giving it record revenue of $6.7 billion, up 15.9% on the previous year.

“The total marketing investment for Red Bull is 10 times as much as in F1," says the drinks company’s chief executive Dietrich Mateschitz. Nevertheless, if F1 doesn’t continue to meet Red Bull’s needs then it would not make sense for it to remain in the series. The catalyst for this could be the end of its winning streak.

This year F1’s engines have been switched from 2.4 liter V8s, which had been used since 2006, to 1.6 liter turbocharged V6s. They no longer make the high-pitched screaming sound which F1 was famous for and this has angered many fans and industry insiders. However, the new engines are more environmentally friendly because they are smaller and come with regulations which limit the fuel-flow to 100kg per hour.

Red Bull Racing’s engine supplier Renault has struggled with the new regulations and Mr. Vettel’s best result in the two races which have taken place so far was a third place in the Malaysian Grand Prix. His team-mate Daniel Ricciardo was disqualified from second place in the season-opening Australian Grand Prix as F1’s governing body, the Fédération Internationale de l’Automobile (FIA), claimed that his engine exceeded the fuel flow rate. The team will appeal on 14 April and it has left Mr. Mateschitz seeing red.

Asked by Austrian newspaper Kurier about whether it affects his long-term commitment to F1, Mr. Mateschitz said “from our perspective there is a clear limit to what we can accept." He added “the fact is that the federation’s sensor has given inaccurate values since the beginning of the (winter) tests. We can prove that we were within the limits."

Mr. Mateschitz said that the engine changes had dented the series and action needs to be taken to correct it. “Formula one should be again what it always has been: the ultimate discipline," he said. “It is not there to set new records in fuel consumption, or so you can talk at a whisper during a race."

F1’s chief executive Bernie Ecclestone agrees and has said he is pressing for the engines to be made louder. There could be a lot at stake.

When asked whether he believes Mr. Mateschitz was serious about his threat to quit, Mr. Ecclestone said “I wouldn’t bet my money he won’t leave the sport. He’s rich enough and powerful enough to make his own decisions." Pulling out of F1 would be one of the hardest decisions he has ever made but there is no doubt that it would save Red Bull a great deal of money. Forbes.com