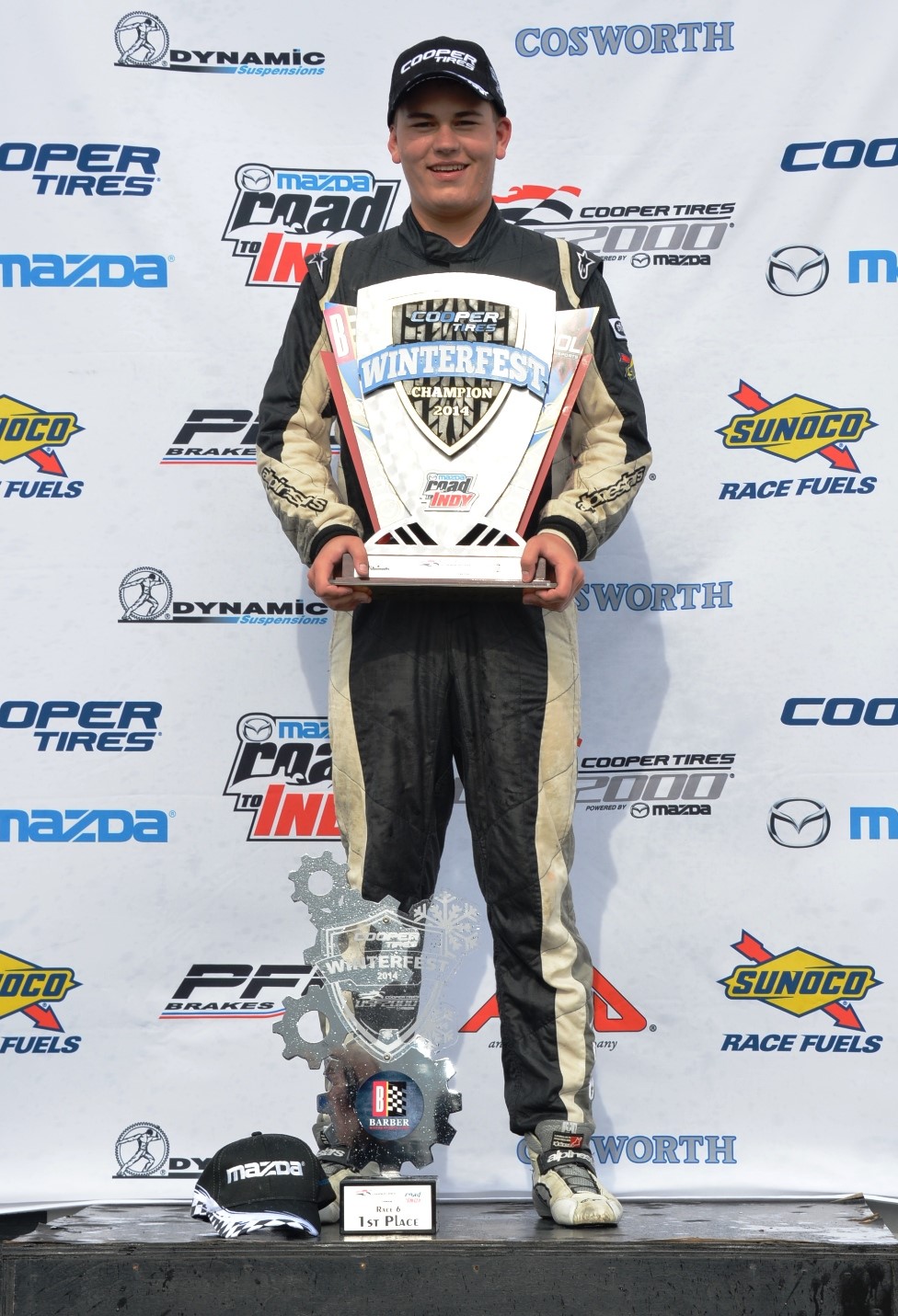 There is a more than slight breeze.

But the sun is shining, the temperature is in the low 60s, and 17-year old Florida native R.C. Enerson just took the checkered flag in the USF2000 race.

And considering the forecast is for sun and the temperature reaching the high 60s by the green flag drops on the 2014 Verizon IndyCar Series season, suffice to say: it’s good to be in St. Pete right now.

In about 10 minutes, the Indy Cars will take to the track for the morning warm—the final practice session for today’s Firestone Grand Prix of St. Petersburg.

We just got word from Ed Carpenter Racing Communications Director Tom Blattler that ECR will hold an 11:30 a.m. press conference regarding this year’s Indy 500. We presume this is the official announcement that J.R. Hildebrand will be running a second car for the team. We wonder if sponsorship details will be announced.

Also, I imagine you saw that we had the pleasure of meeting KV Racing Technology affiliated driver Mikael Grenier yesterday in Mark C’s Overheard at St. Pete. Allow me to say, we were very impressed with young Grenier, and so is KV co-owner Jimmy Vasser. And while the team’s lead driver Sebastien Bourdais was characteristically grouchy after yesterday’s qualifying session, Sebastian Saavedra qualified a very solid 11th.

Overall, the vibe has been different at KV this weekend. And we expect that team to take a real step forward in 2014.

We also had the pleasure of meeting new Bryan Herta Autosport driver Jack Hawksworth at lunch yesterday in the Honda hospitality area. Herta brought the 22-yer old Brit over to the table me and Mark were sitting at for a meet and greet, somewhat jokingly noting that we had not predicted very results for the team in our “Head-to-Head" preseason preview. Well, we have to give Herta and Hawksworth credit, as the likable rookie qualified an impressive 8th for his debut race today, and has been strong all weekend.

Anyway, the Indy Cars are on track for their warm up. A red flag just came out as Juan Pablo Montoya of Penske Motorsports has found the tire barrier. More later…