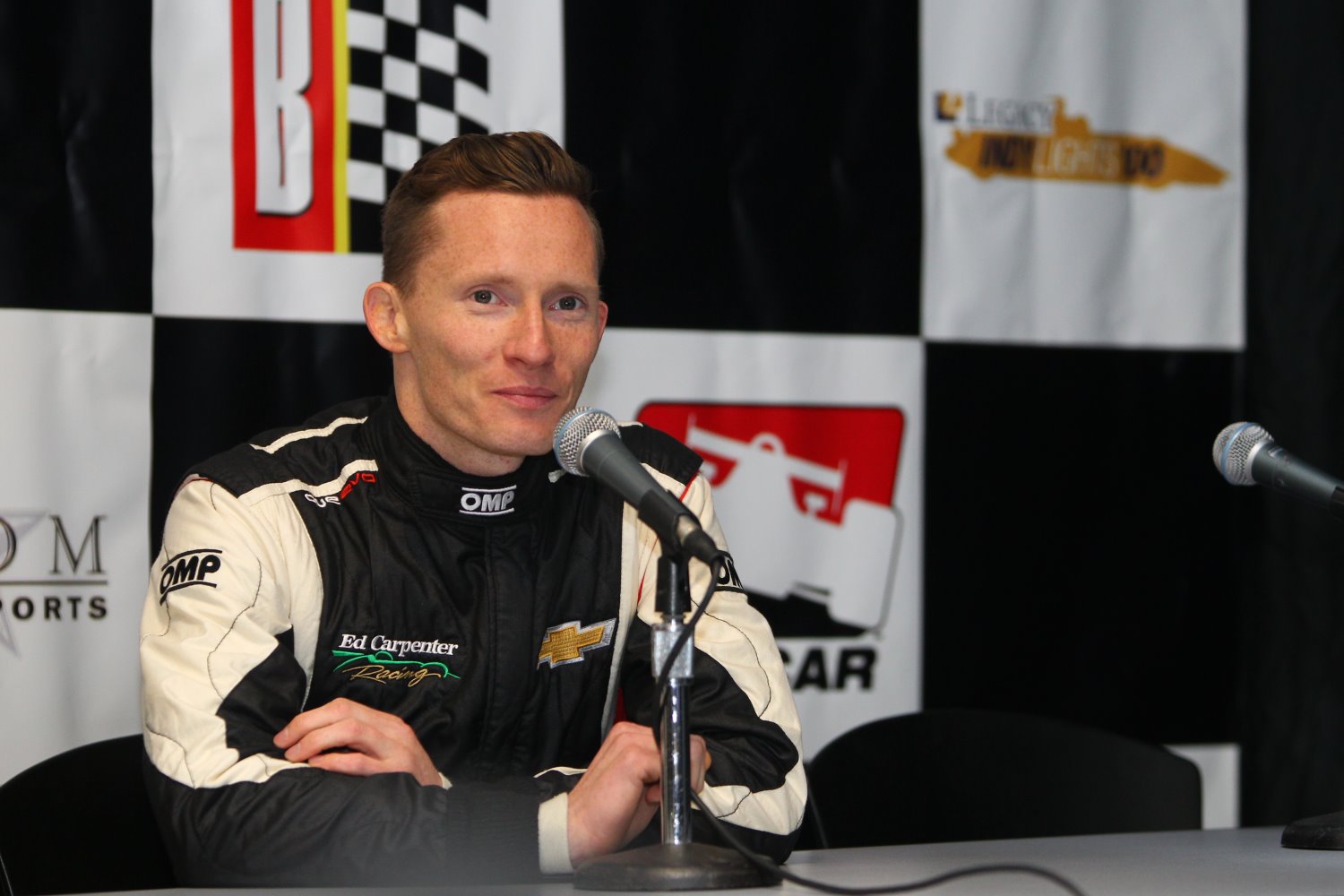 Mike Conway has been working hard in the off-season to prepare for this weekend’s Verizon IndyCar Series season opener in the streets of St. Petersburg, the 110-lap Firestone Grand Prix of St. Petersburg.

The 30-year-old England native won last year’s race in the streets of Belle Isle near Detroit and captured the prestigious Long Beach Grand Prix in 2011. In addition, he won the 2006 Macau street race over several current Formula One drivers.

“I’m anxious to get on the streets at St. Petersburg," said Conway, who’ll drive 12 street/road races this year for Ed Carpenter Racing. “My new relationship with ECR has been very good this winter and we are excited to get on the race track and compete hard against the strong field. I haven’t had the best luck at St. Pete in the races after qualifying well. So I would love to get the No. 20 Fuzzy’s Vodka Chevy up into a contending spot this Sunday."

Conway joined the ECR squad last November after team owner and driver Ed Carpenter announced he would only drive in the six oval races in the 2014 Verizon IndyCar Series.

“We have been pleased with our progress so far in the winter testing with Mike," said Carpenter. “Mike is a proven race winner and we feel we can give him the tools to put the No. 20 ECR/Fuzzy’s Vodka in victory lane this year. Having Mike in our car at the street and road races gives ECR a chance to win at every event in 2014."

Carpenter, the 2013 Indy 500 pole winner, is the only current IndyCar Series driver to come through the oval track ranks of sprint car and midget racing. The remainder of the 2014 field began their racing careers in karting and road racing, similar to Conway’s background.

“We felt it was best for the team and our partners to have Mike drive the road and street races," said Carpenter, a two-time IndyCar Series winner. “While I was improving each year at the road/street races, this current series field is so strong that we believed Mike could give the ECR team the best showing in 2014. We are anxious to see Mike in action with our team at St. Petersburg this weekend."

In the winter, Conway has been active testing his ECR IndyCar as well as other sports cars in Europe. He is the test driver for Toyota in the LMP1 car and will race in selected WEC events.

“I was really pleased I was able to test the IndyCar several days in the winter," said Conway. “That is the first time I got in a full winter testing schedule in an IndyCar. Plus I was very busy in Europe too with testing. It’s always great to get as much ‘seat time’ in a racing car as possible."

Mike is hoping the valuable testing time will pay off when he hits the streets of St. Petersburg this Friday morning (10 am EDT) practice session. Sunday’s feature will be telecast on ABC-TV beginning at 3 p.m. EDT.

“We have a learned a lot with the No. 20 car this winter," Conway admitted. “I’m still in the learning mode with the crew and the engineering staff. But, overall, it’s been a good off-season. I really appreciate how hard the team has worked with me in testing and preparing for 2014."

Conway knows a single-car team might not have the resources of the big multi-car organizations such as Penske, Ganassi and Andretti, but he believes his ECR squad can compete at the front of the field.

“The first two races are street events (St. Petersburg and Long Beach) and I enjoy driving at those circuits," said Conway. “I would like to come out of the winter testing with a strong performance and I think we have a good chance with this operation. This team has won races before and I think we can do it this year too."

There is no doubt that the ECR/Fuzzy’s Vodka team is prepared for Sunday.