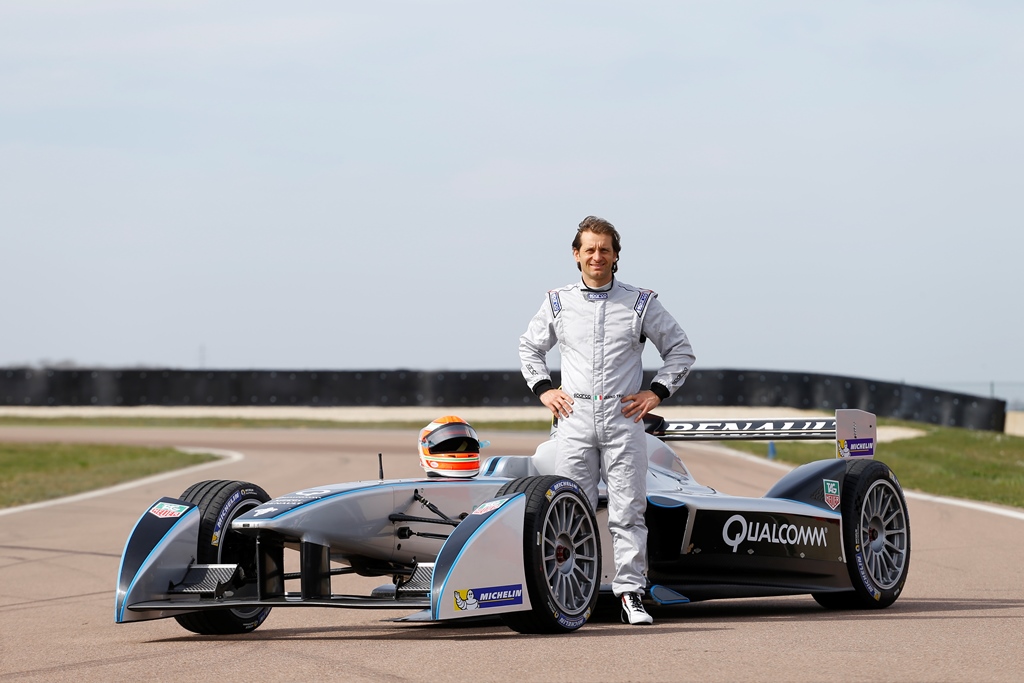 The 39-year-old Italian, who last week signed up to the Championship’s Drivers’ Club, spent a whole day at the wheel of the now fully-tested single-seater using the final race-going 200kw (270bhp) battery.

Trulli is one of the most experienced drivers in the history of F1, competing in 256 Grand Prix and lying third on the all-time entry list, behind Rubens Barrichello, Michael Schumacher and joint with Riccardo Patrese. He was renowned for his qualifying pace and during his 15-year F1 career has driven for Minardi, Prost, Jordan, Renault – where he secured a memorable win on the streets of Monte Carlo – Toyota and Lotus (now Caterham).

Trulli said: “From inside the cockpit it feels like driving a proper Formula One car, the sound is different but you still hear the sound of the electrical engine and gearbox, so in terms of feeling it’s perfect for a racing driver. Maybe from the outside it seems different but inside you don’t notice it. So far I have enjoyed it because it’s a nice car to drive.

"As a first day I expected something different and it certainly is, but having a feeling of a racing car was the most important thing. I have been racing for 30 years, 15 in Formula One, so I have seen more or less everything so I anticipated finding something unlike anything else but it gave me the same feeling of the old days."

The SRT_01E has been designed and built by Spark Racing Technology together with a consortium of the leading manufacturers in motorsport, and will compete in the inaugural FIA Formula E Championship – the world’s first global electric race series beginning in September. The chassis has been constructed by Dallara, with McLaren Electronics Systems providing the electric motor, gearbox and electronics, Williams Advanced Engineering the batteries, Renault the overall systems integration and Michelin the bespoke 18" treaded tires.

Speaking on the forthcoming Formula E Championship, Trulli added: “There is a lot of potential in this series and it’s going to be fun because you are going to be driving in street circuits bringing the cities into the fans’ house."

To date, the SRT_01E has completed more than 1,500km of trouble-free testing and will shortly go into production with the first cars delivered to teams at the Championship’s new Donington Park headquarters in mid-May.