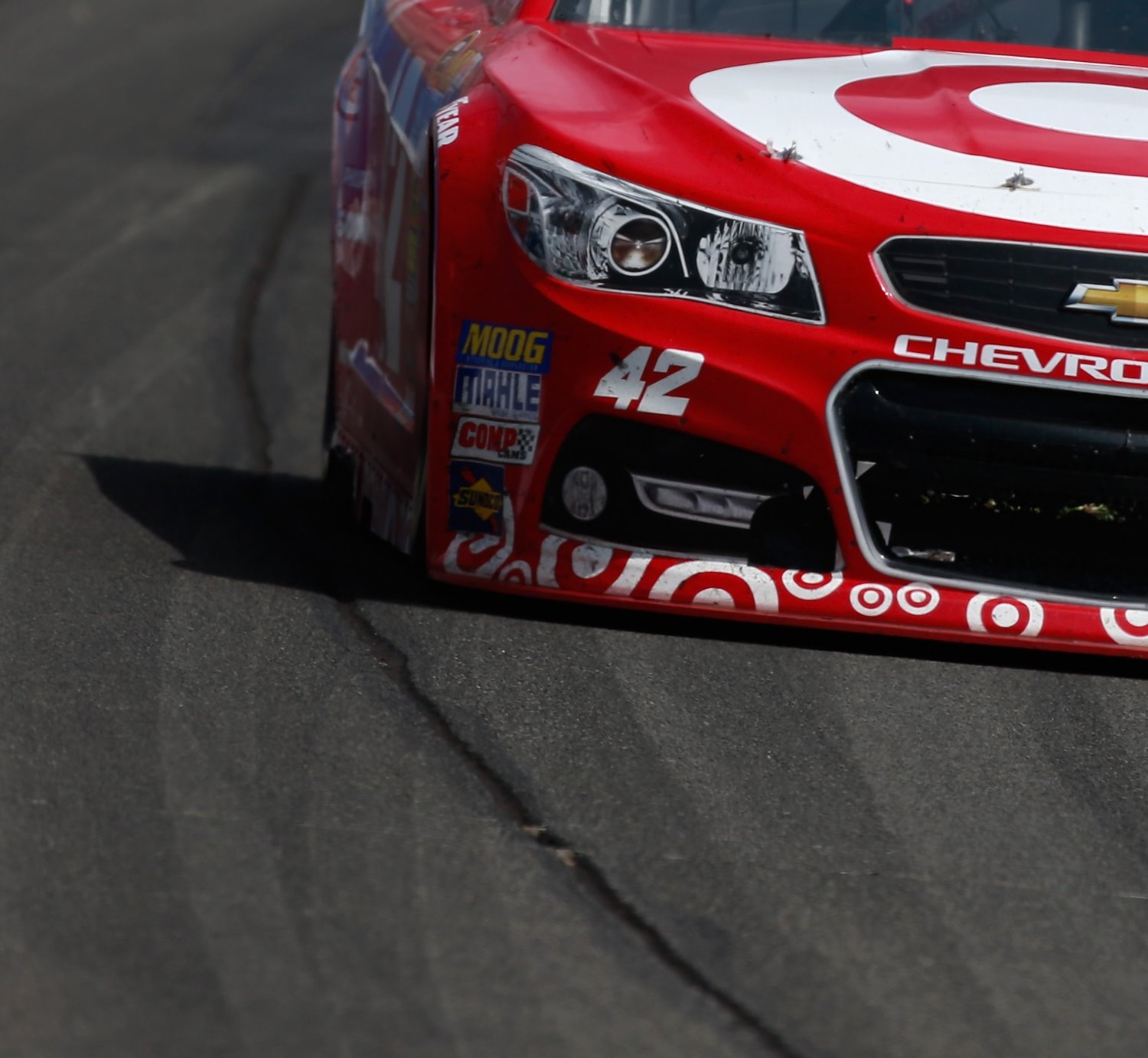 How many times have you heard someone describe a race track as having a unique ‘character’?

That’s one word that was used to in pre-race coverage to describe the Auto Club Speedway, venue for the last weekend’s NASCAR Sprint Cup festivities.

Since the Southern California track opened 17 years ago the same asphalt has been hammered by race cars, creating a washboard of bumps, especially down the back straight approaching turn three. These, along with the seams the paving process left between the lanes, have helped the track develop a ‘character’.

In many ways for a two mile oval some individuality is vital, and is even better when it’s something that manifests itself very physically for the fans watching at the track, or on TV. In a world in which non-NASCAR or non-Motorsports fans dismiss oval racing shots of a driver wrestling with the handling of his car over the bumps into a corner can only been a good thing.

Perhaps more important to Auto Club Speedway’s current appeal is the ability the beat up surface gives the drivers to take all manner of different lines through the corners, resulting in the sort of racing that is all too rare at many of the intermediate tracks visited in the modern era of NASCAR.

However, on Sunday’s race the character of the race track went too far.

Rather than lending another facet to the racing it became pretty much the only facet.

That happened a white before a near certain win was taken away from Jimmie Johnson when he became another of the day’s – but not the last of its – drivers to suffer a flat tire. More at The Checkered Flag