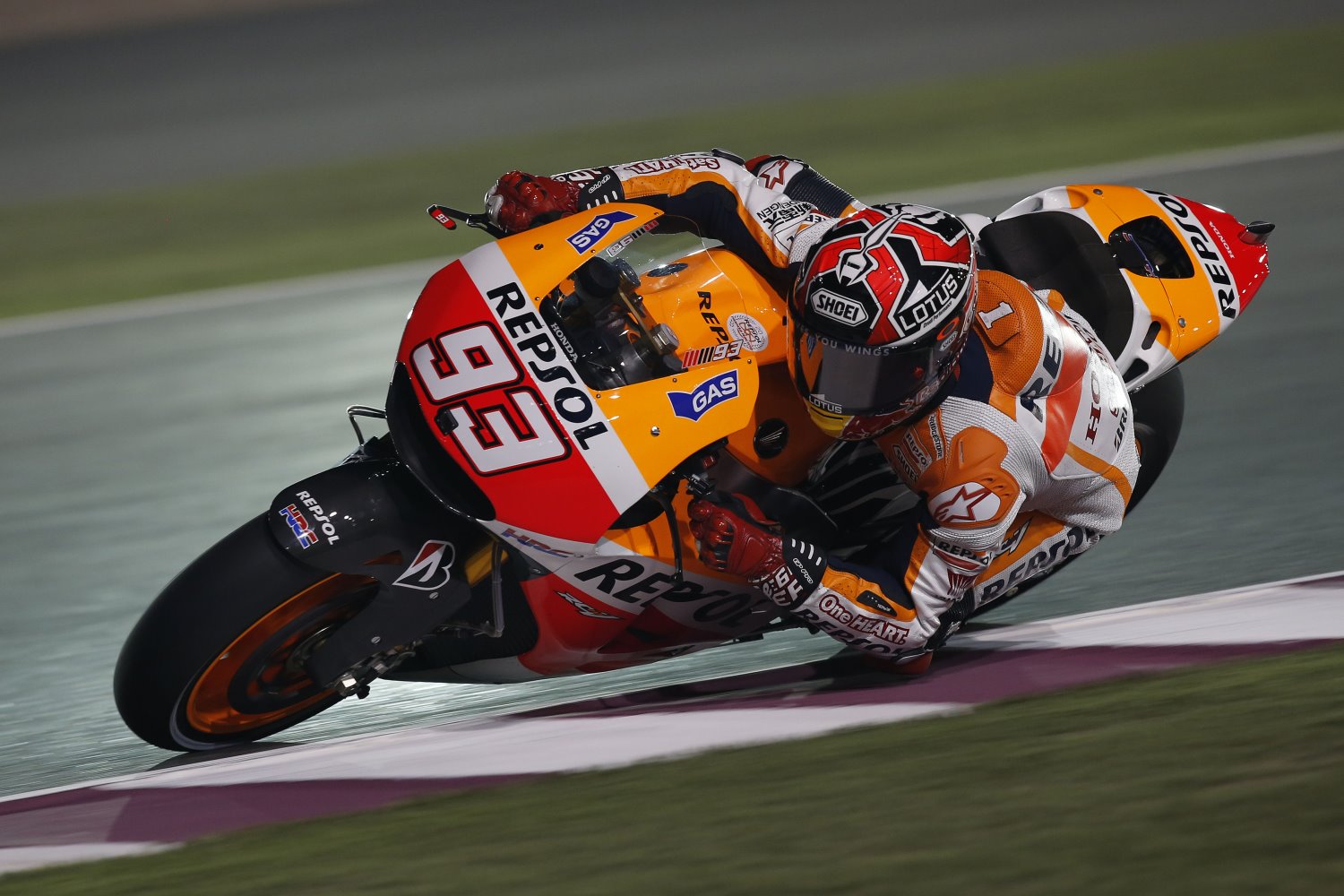 In further drama Movistar Yamaha MotoGP’s Jorge Lorenzo crashed out of the race lead at turn 15 on the first lap, meaning his season starts with a DNF after he had struggled with grip issues throughout the weekend.

Meanwhile, after eight laps the race was over for Stefan Bradl won had led the contest for several circulations. Coming from seventh on the grid and taking advantage of Lorenzo’s crash and some errors ahead of him Bradl was writing headlines for LCR Honda but perhaps the pressure of Marquez and Rossi on his shoulder was too much as the German slid off track.

Indeed, Marquez and Rossi then went on to have a great fight which went down to the last lap and saw the Spaniard outpace the Italian by 0.25s – with Pedrosa three seconds back to complete the podium.

An excellent ride for Aleix Espargaro saw him take fourth on his debut for NGM Forward Racing on their ‘Open’ Yamaha. Espargaro cashed in on crashes for Alvaro Baustista (GO&FUN Honda Gresini) and Bradley Smith (Monster Yamaha Tech 3) as they fell out of the podium hunt.

Andrea Dovizioso and Cal Crutchlow did well in fifth and sixth respectively for Ducati Team, though Crutchlow finished 16 seconds behind his teammate after almost running out of fuel on his debut for the Italian factory.

The top ten was rounded out by Hayden’s compatriot Colin Edwards (NGM Forward Racing), riding his first race as a 40 year-old, and Andrea Iannone (Pramac Racing) who recovered well from a fall on the last corner of lap two.

A mistake from rookie Pol Espargaro (Monster Yamaha Tech 3) with five laps to go saw him drop down to 15th and then pull into pits shortly after.

The riders will reconvene for the next race at the Circuit Of The Americas in three weeks’ time.