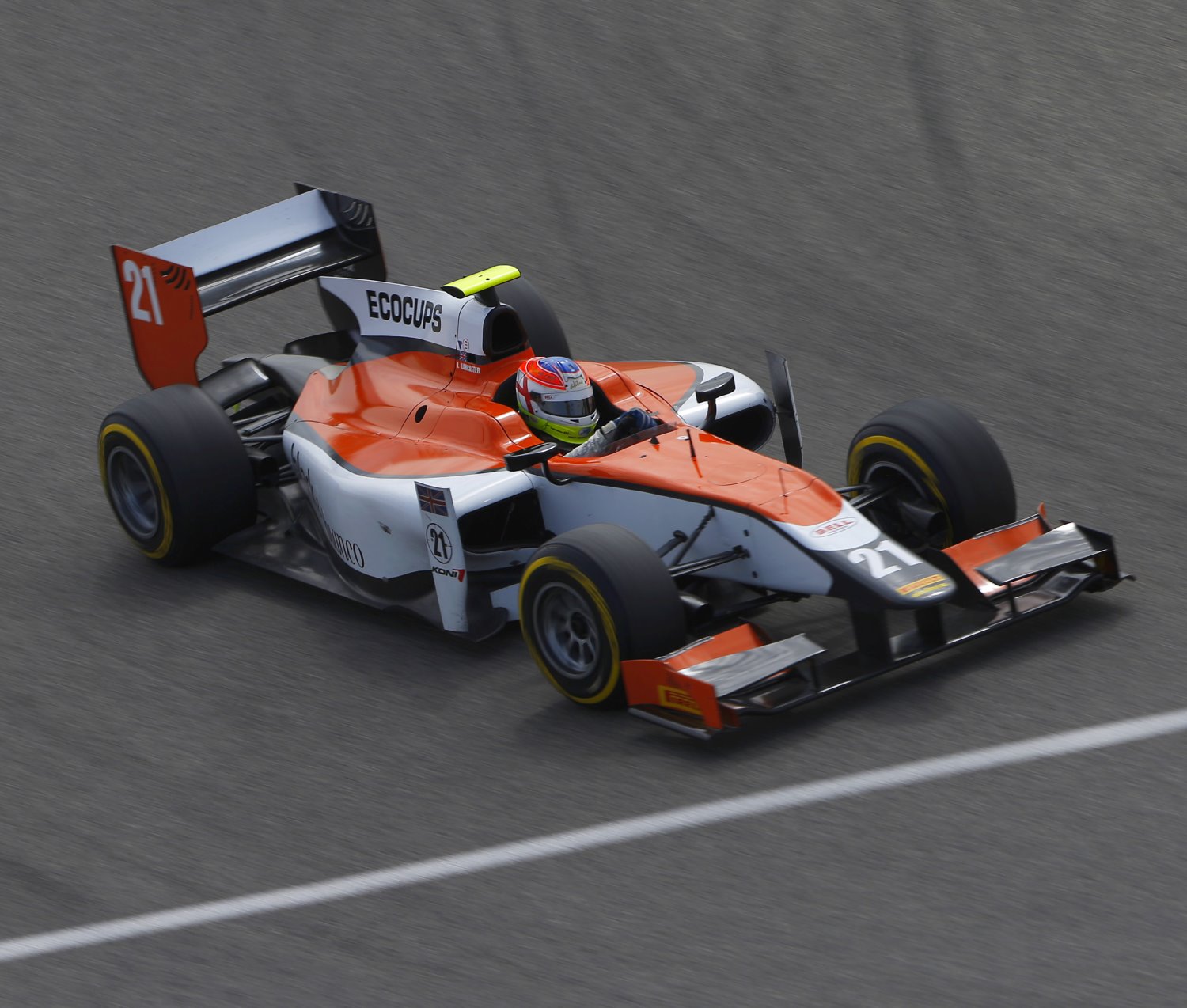 The final day of pre-season test session opened today at Bahrain International Circuit once again in overcast conditions. Jon Lancaster seemed eager to put his new set of soft Pirelli tires to good use as he fed onto the track before the rest of the field, but it was rookie Stoffel Vandoorne – also on soft compounds – who set the early pace until the Briton from MP Motorsport was able to dip under 1m41s and claimed the top spot.

Also on a set of new softs, Daniel Abt posted a laptime of 1:39.931 and moved to the top of the standings before stopping at Turn 6 and causing a brief red flag period. At the restart, Vandoorne hit the front with a laptime one hundredth quicker than the German, but Lancaster found some extra pace to reclaim the head of the standings. Felipe Nasr also improved enough to move up to P2 but remained two tenths behind the Briton.

The remainder of the session was studious with drivers fine-tuning their race set-ups. Alexander Rossi was able to edge Nasr out of P2 during the final hour of the session. Behind the trio, Vandoorne, Abt, Jolyon Palmer, Julian Leal, rookie Raffaele Marciello, Mitch Evans and Rio Haryanto completed the top ten.

The afternoon session started after a one hour break in similar weather and temperature conditions. Palmer led the way early with a laptime of 1:41.522, his teammate Stéphane Richelmi in tow. The Briton sat at the top of the standings for the most part of the three-hour session as teams and drivers focused once again on race simulations and pitstop practices. Abt was able to lap the track in a 1:41.061 in the late stages and went top. Evans also found some extra pace to move to P2, two tenths slower than the German. In the dying minutes, many drivers improved on their personal best laptime, but at the checkered flag, Abt remained top ahead of Evans, Johnny Cecotto, Adrian Quaife-Hobbs, Palmer, Simon Trummer, newcomer Facu Regalia, Richelmi, rookies Axcil Jefferies (who returned to Trident today in replacement of Vittorio Ghirelli) and Artem Markelov.

This concluded the 2014 GP2 Series pre-season testing. Teams and drivers will return to Sakhir in two weeks for the opening round of the tenth season of the category which will commence on April 4th at Bahrain International Circuit.