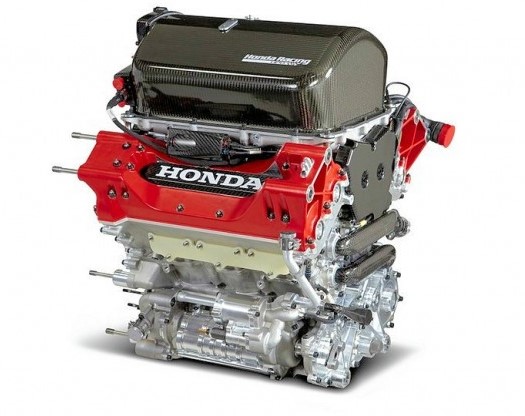 NBCSN IndyCar reporter Jon Beekhuis has said that the grid penalties for unapproved engine changes in the Verizon IndyCar Series will no longer be in effect.

Instead, according to Beekhuis, unapproved engine changes will result in a points penalty for the Manufacturer's Championship, which is contested between engine suppliers Chevrolet and Honda.

Beekhuis revealed the news during tonight's edition of the "Trackside" radio program on Indianapolis' 1070 The Fan, which is hosted by fellow NBCSN reporter Kevin Lee and Indianapolis Star writer Curt Cavin.

However, Beekhuis also mentioned a caveat to that rule.

"If, as a team, you show negligence to the engine – let's say you put the wrong radiator shutters or something on or you blow it up [on purpose], they will put you at the back of the field," Beekhuis told Lee today at Barber Motorsports Park.

"I think they've written that in – remember [in] the old days, people used to blow up engines so you'd get new ones. So if there's any sort of team negligence, you'll go to the back.

"But if you don't make your 2,500-mile [engine minimum] – and that's another rule change – if you don't make 2,500 miles, the penalty is going to be on the manufacturer and not on your grid spot, so that's a huge change."

Previously, teams had five fresh engines at their disposal and a change-out threshold of 2,000 miles on each powerplant. Now, teams have four engines allowed for the season along with the aforementioned new threshold of 2,500 miles.

As for how Chevy and Honda feel about it, Beekhuis believes that while they want the driver's championship first and foremost, the manufacturer's title is still important considering how much development they've put into their respective engines.

"I don't think they're going to be throwing engines at it and say, 'Aw, forget about the manufacturer's championship,'" he said. "I think that with the kind of money they're spending, it's still really important to them.

"-There's been a ton of money spent and I don't think you want to throw away manufacturer points. You want to try and cash in. If you're Chevrolet or you're Honda, you want to say, 'Hey, we won the driver's championship and we won the manufacturer's [championship] and we did it on only four engines.' That would be impressive." Chris Estrada/NBC Sports