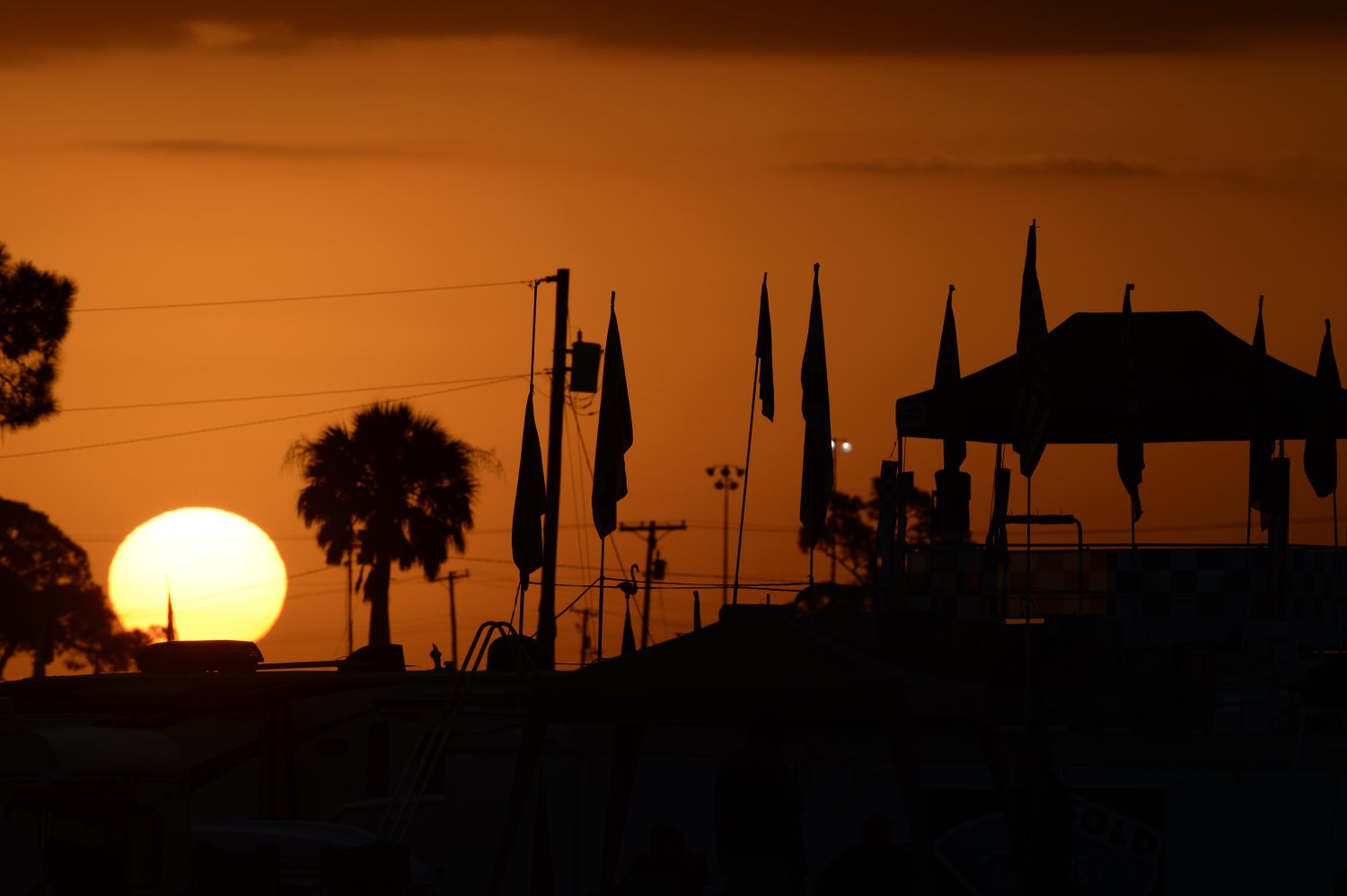 Night has fallen at Sebring International Raceway and Memo Rojas has the lead in the No. 01 Chip Ganassi Racing Ford EcoBoost Riley, but any of eight or nine Prototype class cars could capture the overall win.

Joao Barbosa led at the nine-hour mark in the No. 5 Action Express Racing Corvette DP, while each of the top eight Prototypes were on the same lap.