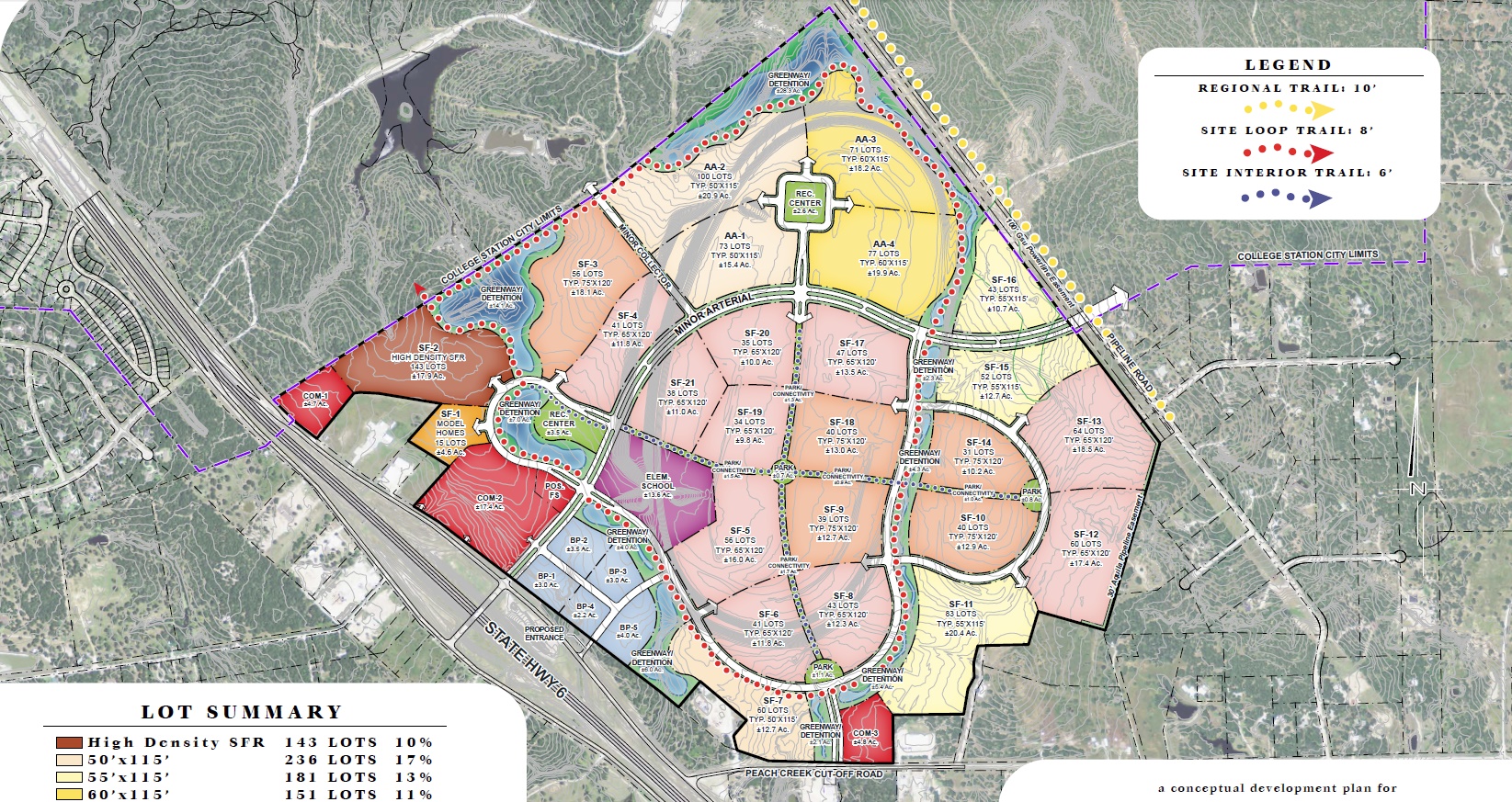 The College Station City Council will be asked March 27 to approve a $513 million dollar development that will eventually replace the defunct Texas World Speedway.

While outside the south city limits, the proposed “Speedway District" is within the extra-territorial jurisdiction.

The developer is asking for the creation of a Municipal Utility District (MUD).

That would allow the developer to issue bonds to finance the construction of streets, water and sewer lines, and other infrastructure.

Those bonds would be paid off by an additional property tax.

The development, along the east side of Highway 6 from the racetrack to Peach Creek Cutoff Road, calls for the following:

If approved, this would be the first MUD, a policy recently created by the city council.

City council approval would allow the developer to forward the application to the Texas Commission on Environmental Quality (TCEQ) for final consideration.

Interim Planning and Development Director Lance Simms says the developer wants to start construction in 2015 or 2016.

According to the Texas World Speedway website, the two mile super oval was originally constructed in 1968. Since then, it has evolved into multiple road course configurations ranging from one mile to 3.1 miles.

Simms says once the council and TCEQ approves, the developer and city formulate a series of agreements that covers land use and utility agreements and the timing of annexation among other things. WTAW.com