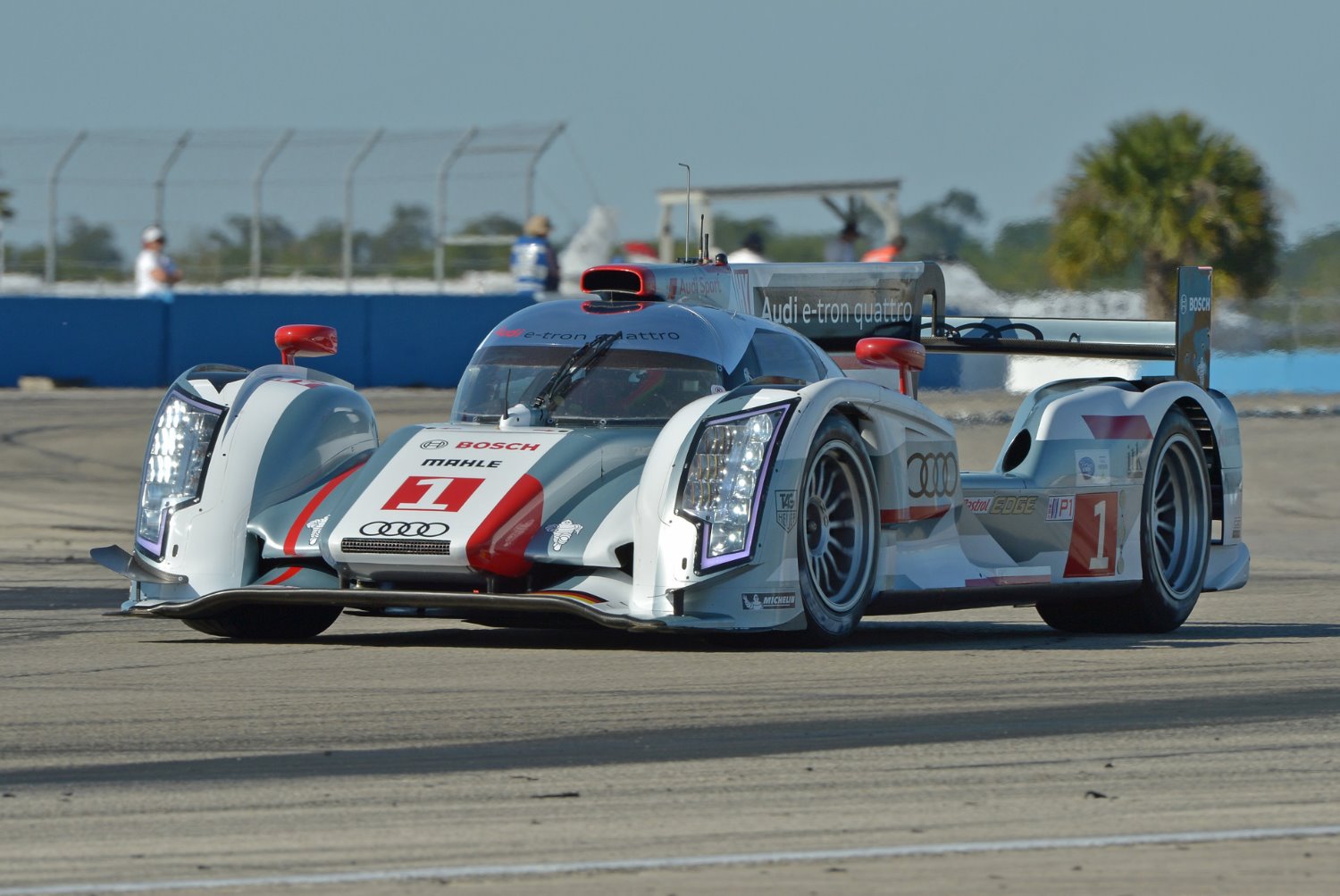 There’s a first time for everything, the old saying goes. It’s with that in mind that Corvette Daytona Prototype teams head this week to Sebring International Raceway for the second round of the TUDOR United SportsCar Championship. The Mobil 1 Twelve Hours of Sebring is America’s oldest sports car race but this year marks the first time DP cars race at the historic circuit.

The inaugural season of the TUDOR Championship couldn’t have started much better for the contingent of Corvette DP teams. Action Express Racing’s No. 5 entry led a sweep of the top four positions at the Rolex 24 At Daytona to start the year. Joao Barbosa, Christian Fittipaldi and Sebastien Bourdais look to earn a double in Florida with a victory at Sebring. The competition is tough though with 18 cars in the TUDOR Championship’s Prototype class – including four other Corvette Daytona Prototypes.

Wayne Taylor Racing finished second at the Rolex 24 and stands to contend again at Sebring. Action Express’ No. 9 entry followed with Spirit of Daytona’s Corvette DP in fourth. Throw in Marsh Racing’s No. 31 entry – only the team’s second race with its Corvette DP – and you have a group capable of challenging throughout 12 hours on the rough-and-tumble Florida circuit… and giving Chevrolet its first overall Sebring victory since 1965.

“There aren’t many racing venues in the world that are as demanding on the cars, drivers and teams as Sebring," said Mark Kent, Chevrolet’s Director of Racing. “It is a circuit full of history and Chevrolet looks forward to returning to this amazing track. Taking the top four finishing positions at the season opening Rolex 24 Hours at Daytona race was a monumental moment for Chevrolet and our Corvette Daytona Prototype program. We hope to build upon that success as the season continues with the 12 hour race at Sebring."

There may not be two race circuits in North America that are as different as Daytona and Sebring. The former is a combination of high-banked oval and infield road course with smooth surfacing all the way around. That is in short supply around Sebring, which sits on the site of a World War II airbase – Hendricks Field. American B-17s trained there, and now the sound of thousands of horsepower fill the air around Sebring each March. Part of the circuit uses the old concrete runway, which makes up some of the roughest sections of racing surface anywhere in the world. It’s part of what makes Sebring physically the toughest venue in endurance racing.

"There are many unknowns ahead of this race for our Corvette Daytona Prototypes in their 2014 configurations," said Jim Lutz, Chevrolet’s Program Manager for Corvette Daytona Prototypes. "Even that will change with the recent IMSA adjustment of performance – revisions to our downforce package and air restrictor. Our knowledge base for Sebring is limited to the two IMSA test days in February, so there is little to no prior experience of running these cars around the toughest circuit on our schedule. Our competitors running P2 machinery have an advantage in that those cars have run in the 12 Hours numerous times before.

"This race is half as long as Daytona but in many ways it’s twice as difficult on both the teams and equipment," he added. "Reliability will be key, as will getting through and around traffic with nearly 70 cars over an erratic and bumpy surface."