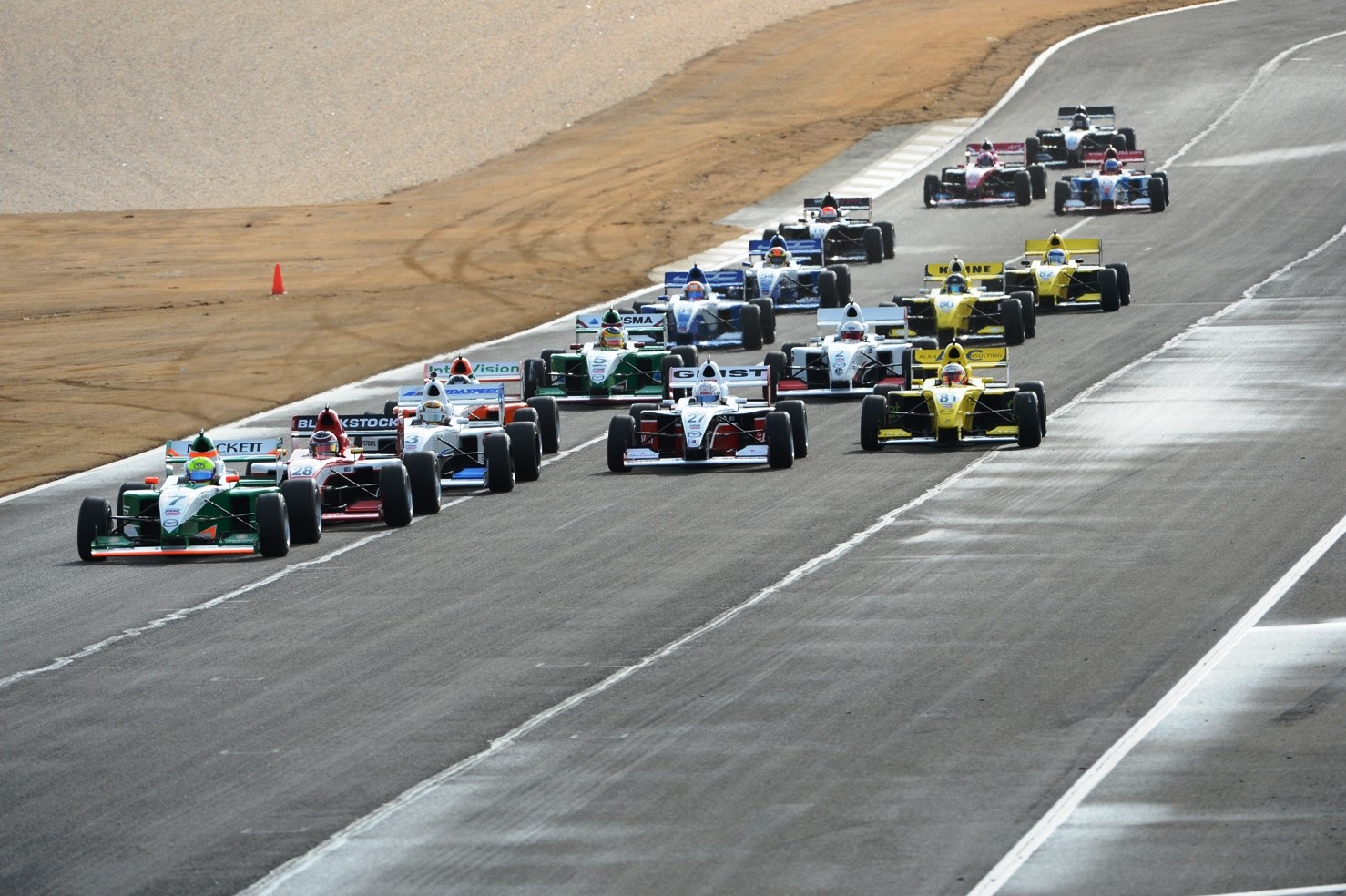 Spencer Pigot might have relinquished his advantage in Round 2 of the Cooper Tires Winterfest for Pro Mazda at NOLA Motorsports Park last Saturday, but he well and truly made amends this afternoon when the four-race mini-series reconvened for the first of two more races at the scenic and challenging Barber Motorsports Park.

Pigot once again set the pace in morning practice, then cemented his authority by claiming his third consecutive pole position for Juncos Racing. Pigot's best lap in qualifying, 1:20.249, was comfortably quicker than the existing track record of 1:21.166 set in 2011 by Tristan Vautier – a testament both to Pigot's speed and the effectiveness of the latest breed of Cooper tires.

The 20-year-old from Orlando, Fla., made no mistake this time at the start, vaulting into an immediate lead which he never looked likely to relinquish. Pigot posted the fastest lap of the race, 1:20.657, on Lap 6 en route to a comfortable 8.062-second victory over Scott Hargrove.

Hargrove, the winner of last year's Cooper Tires USF2000 Championship Powered by Mazda, showed both he and his team, Cape Motorsports with Wayne Taylor Racing, are fast learners by finishing second in just their third race since stepping up together into Pro Mazda. The 19-year-old Canadian had started third but moved around the outside of front row qualifier Shelby Blackstock (Andretti Autosport) at the first corner and remained there throughout the 20-lap race.

Kyle Kaiser (Juncos Racing) benefited from Blackstock's loss of momentum and was able to grasp third going into Turn Two, but only briefly as Blackstock's attempt to redress the situation at Turn Five resulted in a collision between the pair. The unfortunate Kaiser rejoined at the back of the 16-car field before fighting his way to an unrepresentative 12th at the checkered flag.

Brazilian Pipo Derani (Team Pelfrey) followed up his strong run in Race 2 at NOLA by slipping past last Saturday's race winner, Garett Grist (Andretti Autosport) at Turn One. He then took advantage of the Kaiser/Blackstock incident to move up to third, where he stayed despite intense race-long pressure from Grist.

Mexican Jose Gutierrez finished seventh in a third Juncos Racing entry, followed by Kyle Connery who enjoyed an impressive run with JDC MotorSports after skipping the two races in New Orleans due to budgetary constraints. The Team Pelfrey pair of Brandon Newey, on his Pro Mazda debut, and Dalton Kellett completed the top 10.

Pigot now holds a commanding 23-point advantage, 92-69 over Grist, entering tomorrow's final round which is scheduled to start at 2:50 pm CT.

Spencer Pigot #7 Doug Mockett & Company/Rising Star Racing/VitaminPro App/California Scents/OMP (Juncos Racing): "What a great race. I was able to keep the lead at the start and just tried to put together a good first few laps and an initial gap. I saw Scott [Hargrove] behind me and he was pretty close for the first few laps but after that I just settled into a rhythm. The car was fantastic. I can't thank Juncos Racing enough. They have been improving the car every time we have been on track. It was great this afternoon and hopefully we can repeat again tomorrow."