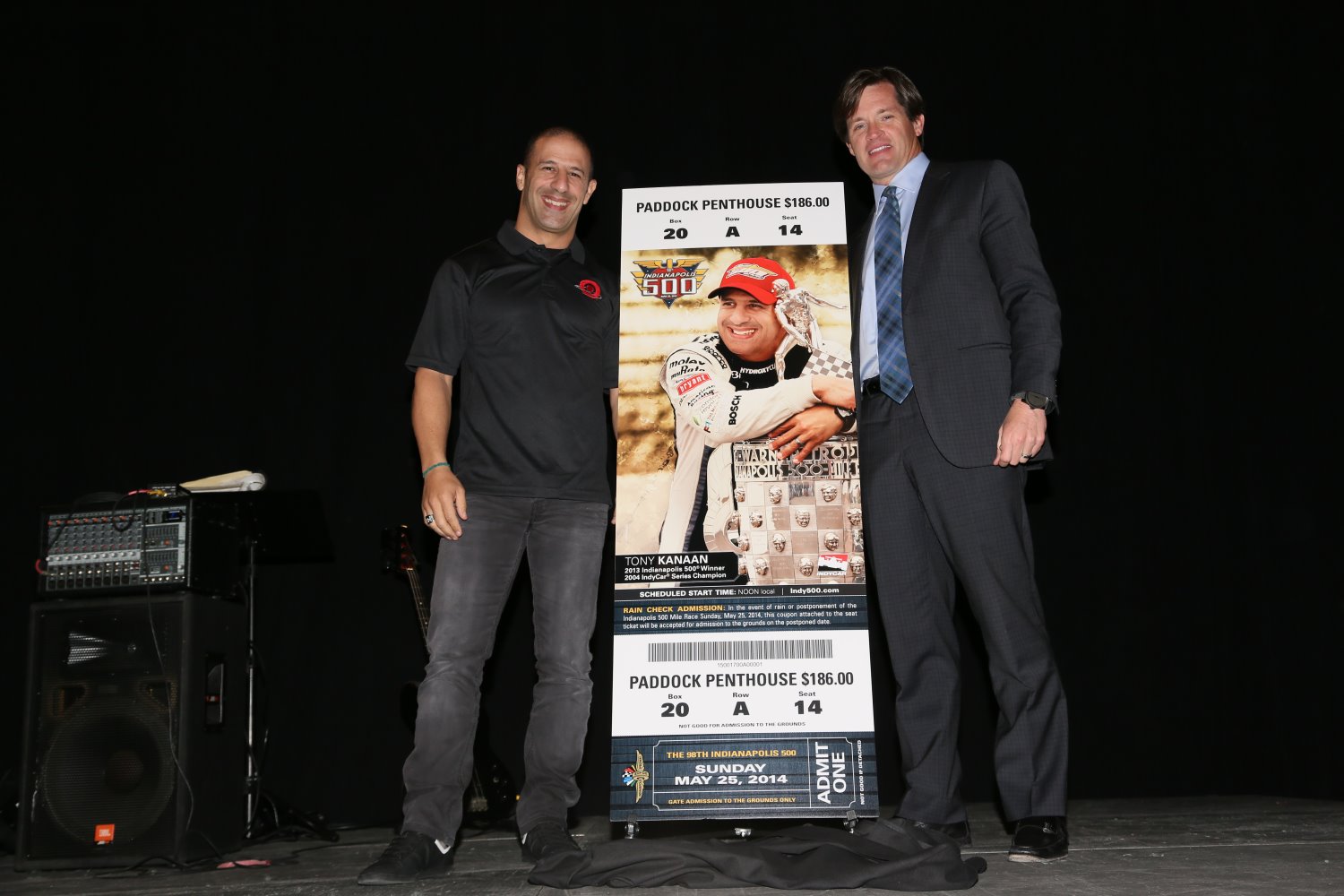 Kanaan's thrilling victory in "The Greatest Spectacle in Racing" came in his 12th career "500" start, tying an event record for earning a victory latest in a driver's Indy 500 career. After enduring such a long wait, Kanaan was thrilled to see his smiling image on the ticket for the 98th Indianapolis 500.

"It was like this is mine, I got it," Kanaan said. "Of all the pictures of my win, that is definitely one that I have that I remember exactly where it was."

Kanaan's first Indianapolis 500 win wasn't secured until the end of the race when the green flag waved to start Lap 198 of 200 following a caution on Lap 194. Kanaan took the lead going into Turn 1, and a few seconds later, three-time Indianapolis 500 winner Dario Franchitti crashed in the short chute between Turns 1 and 2, allowing fan-favorite Kanaan to cruise under caution to the finish as the winner of the 97th Indianapolis 500.

"That's one of the things that's unbelievable about me winning this race and that's why everybody wants to do it," Kanaan said. "It's not just about making the big prize money, it's not just about becoming a legend, it's everything that comes with it and it's a year-round celebration. I'm not sad that May's coming, but if I don't win again I'll be really sad because I'm going to miss all of this."

Kanaan will drive for a different team during the 2014 IndyCar Series season from the one he won the Indianapolis 500 with. In early October, he signed with Target Chip Ganassi Racing, which has won five of the last six IndyCar Series titles.

It's a big responsibility for me and I'm excited to be a part of Chip Ganassi Racing," he said. "Now we have everything that it takes but sometimes it's not enough, but we'll try to do it."