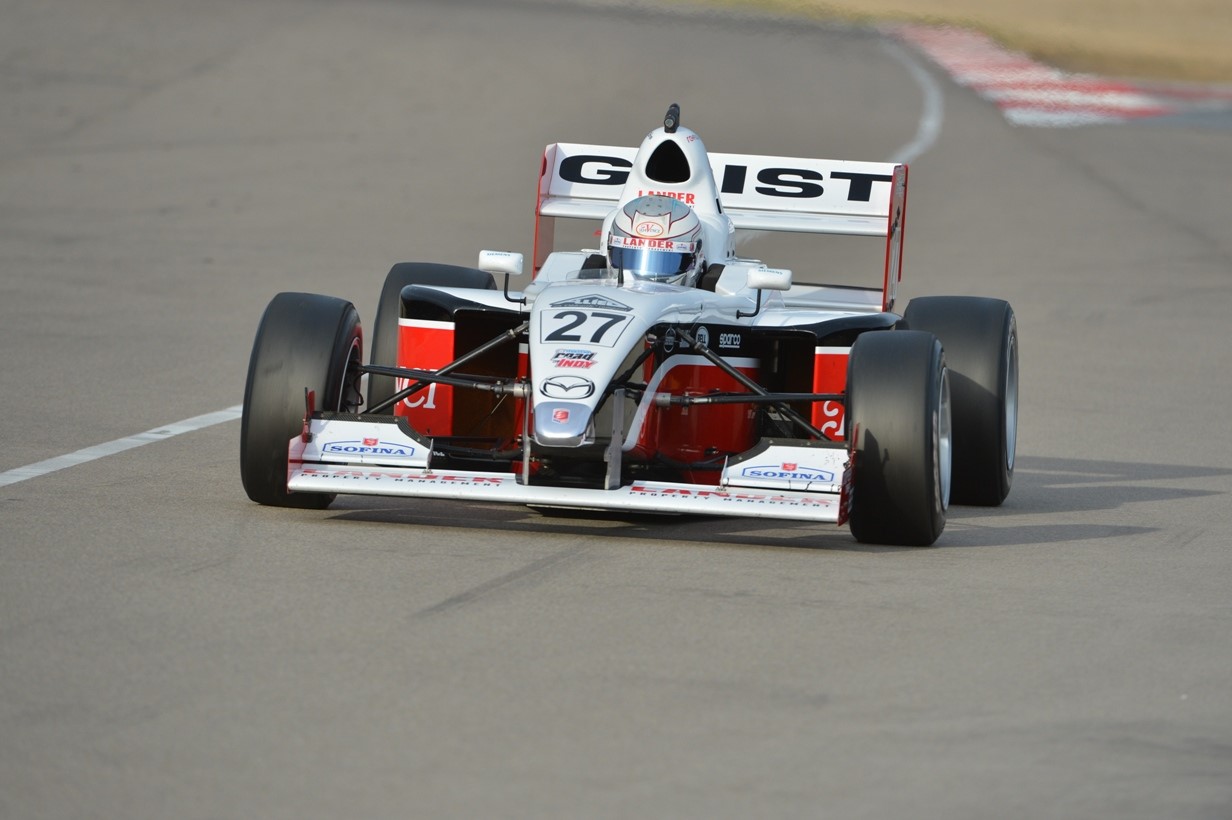 Saturday afternoon's second round of the Cooper Tires Winterfest for the Pro Mazda Championship Presented by Cooper Tires was decided at the start when outside front row qualifier Garett Grist jumped clear of the field at the rolling start. The teenaged rookie from Grimsby, Ont., Canada took full advantage by romping to a decisive win for Andretti Autosport.

Polesitter Spencer Pigot (Juncos Racing) fell to sixth before Turn One, but charged back through the field and was able to regain second place when Brazilian debutant Pipo Derani made a mistake with just three corners remaining in the 18-lap race. Pigot now leads the standings by 10 points over Grist as the mini-series heads almost immediately to Barber Motorsports Park in Birmingham, Ala., for two more races on Tuesday and Wednesday, February 25/26.

The top seven cars ran virtually in nose-to-tail formation for the opening five laps before Grist, a race winner last year in USF2000, settled into his stride and began to inch clear. He finally took the checkered flag 4.495 seconds clear of Pigot.

With all of the cars on the inside of the starting lineup bottled up behind Pigot when the race went green, Derani (Team Pelfrey) saw his opportunity and vaulted all the way from sixth to second. He remained under pressure initially from Scott Hargrove, who won last year's Cooper Tires USF2000 Championship Powered by Mazda, and then from the fast-recovering Pigot.

Pigot set the fastest lap of the race as he tried to find a way past Derani, and his efforts finally paid off in Turn 13 on the 18th and final lap when Derani left his braking a little too late, slid slightly wide, and Pigot immediately filled the gap.

Garett Grist #27 DaVinci Foods/Lander Property Management (Andretti Autosport):
"Today was a great day. It was our second start in Pro Mazda and I started second again. Yesterday I had a poor start and fell back, but luckily today I was able to make a good one. I put my head down from out front and just knocked off consistent laps until the end."