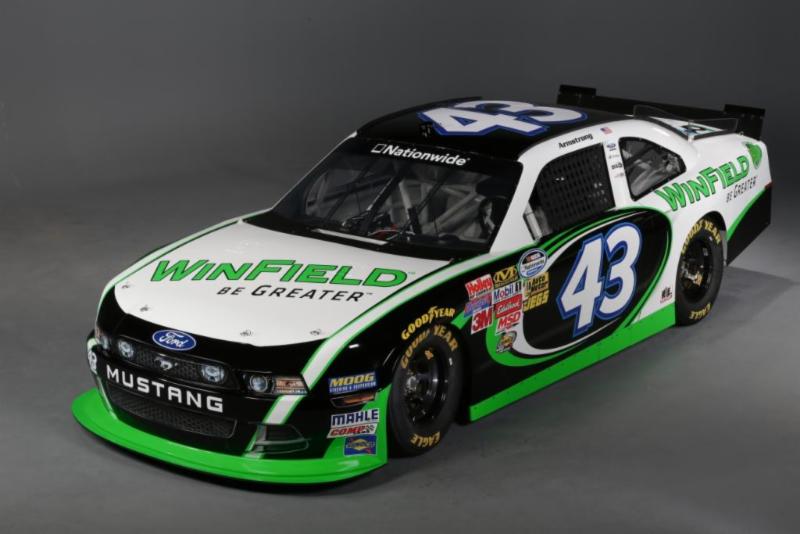 Dakoda Armstrong will make his first NASCAR Nationwide Series (NNS) start at Daytona International Speedway this weekend with Richard Petty Motorsports (RPM). The team announced in December that Armstrong, along with sponsor WinField, would be joining RPM to compete in the NNS full-time in 2014.

Still considered a rookie in the series, the 22-year-old has seven NNS starts, one in 2012 and six in 2013. He has two starts at Daytona's two-and-a-half-mile track in the NASCAR Camping World Truck Series (NCWTS) and two starts in the ARCA Racing Series. He earned his best finish of 19th at the track last year in the NCWTS race. Between the two series, Armstrong has a total of eight starts at superspeedway races, earning one ARCA win at Talladega Superspeedway in 2010 and one top-five at Talladega in 2013 in the NCWTS.

Armstrong will be at the Ford Racing display, located in the Daytona's Fan Zone, on Saturday, February 22nd at 8:35 a.m. ET for a Q&A session with fans.

I couldn't be more excited to get to Daytona. I've hung out at the shop a good bit over the last few months and have really been able to see how hard the guys are working. It's the perfect time for me to capitalize on this opportunity with Richard Petty Motorsports. They've added an R&D team and have really upped their investment and resources on the competition side.

"After our test at Daytona in January, I feel really confident about this weekend. It was the first test for our team, and we worked together really well. My Crew Chief, Philippe Lopez, is a great leader for our team, and I'm really looking forward to working with him this year. I think we really learned a lot about what works and what doesn't, and we have a good strategy going into the weekend.

"I'm fortunate to have the support of WinField again this year. We started a relationship with them last year, and they really stepped up their support this year. Growing up on a farm, it's really neat to have a sponsor that I can relate to, and it's fun to be able to meet the farmers and WinField customers from all over the country at the race track every weekend."