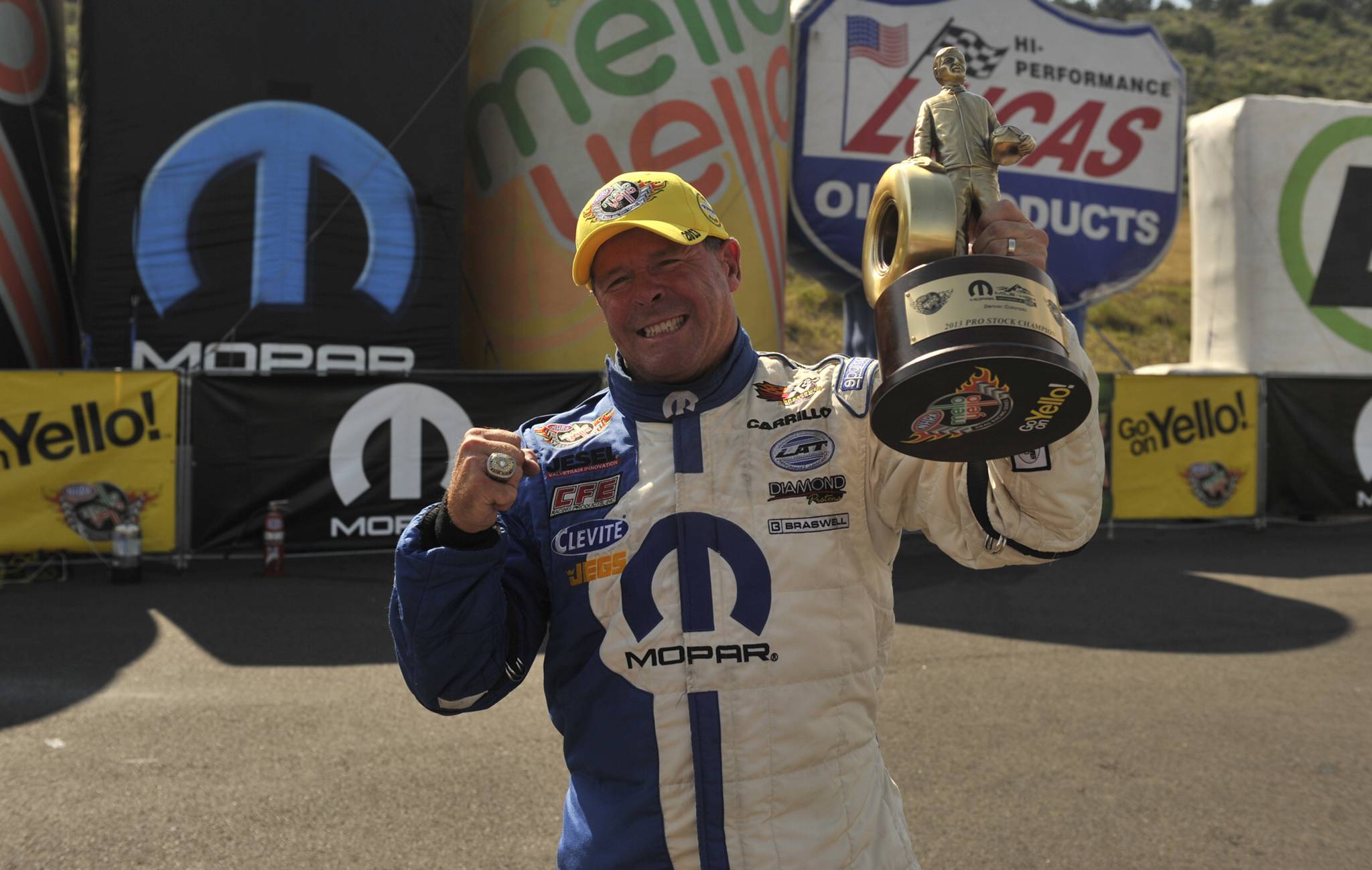 With a total of four world championship titles won in the past three years, the Mopar, Chrysler Group LLC’s service, parts and customer-care brand, has plenty of reasons to be excited about the upcoming 2014 National Hot Rod Association (NHRA) Mello Yello Drag Racing Series season which will feature 24 national race events and is set to kick-off this coming weekend in Pomona, Ca. at the historic Auto Club Raceway. Adding to the anticipation are Mopar’s plans for a year-long commemoration of the 50th anniversary of the legendary Gen II 426 Race HEMI engine.

First introduced in 1964, a new second generation HEMI engine measuring 426 cubic inches was built specifically to win races. There were two versions– one called the “Circuit" or “Track" engine and the other the “Acceleration" or “Drag" engine.

While it made its racing debut with a win at NASCAR’s Daytona 500, that same year in NHRA competition, legendary driver Don Garlits became the first to break the 200-mph barrier with a Gen II 426 Race HEMI-powered car travelling the quarter-mile straight-line distance in 7.78 seconds at 201.34 mph. Garlits then went on to use that HEMI power to win the first of eight titles at the prestigious U.S. Nationals at Indianapolis.

Mopar returns to Pro Stock competition this season with just two entries powered by HEMI engines tuned by Roy Johnson. Defending world champion Coughlin and teammate Johnson finished 1-2 in the points standing in 2013 and had four national title wins apiece. Both are looking to battle for the title once again this year.

"We are really jacked up," said Coughlin who will once again pilot the JEGS.com Mopar Dodge. "We're ready to start the fight, and for sure it's going to be a fight, just like every season. We're looking at the Winternationals as Step 1 of the many steps it will take to win our sixth Pro Stock championship.

"There have been changes across the Pro Stock spectrum, not just with our team, with lots of mergers and drivers moving around so it should be interesting to see how all these moves work out," added Coughlin. “We're down to two cars now, so the focus will be even more intense, which should be good all the way around. The support from Mopar and the staff over there remains at a phenomenal level. It's our job now to go out there and win them a third straight title."

“Mopar is celebrating 50 years of the HEMI and we aim to add some more Wallys and battle hard for another Championship as our contribution to the festivities," said Johnson. “We’re focused and excited and ready to go. Ideally we’ll be shooting to finish 1-2 again but it would be nice to do it in reverse order this time."

In the battle for the 2014 Funny Car world championship, Don Schumacher Racing will once again have four Dodge Chargers R/T entries vying for the crown. Hagan, who won his first NHRA championship for Mopar in 2011, will premiere a new Mopar Express Lane scheme on his Funny Car this season after coming so very close to winning a second world title by finishing runner-up with nine final round appearances and five victories in 2013, the most of anyone in the class.

"2013 was a great year of us and we finished really strong with a win at Pomona in the end," said Hagan after beating the John Force, the 2013 NHRA champion, in the final round of the season. “We won more than anyone in the class, but it’s just the way the cards fell in the Countdown."

In contrast, Beckman raced hard without a visit to the winner’s circle in defense of his 2012 world title but still ended up right behind his teammate with a third place finish in the championship.

Fellow DSR driver Ron Capps returns behind the wheel of his Mopar for his 20th season as a professional driver after finishing sixth in the standings last season. He has had four runner-up finishes for the championship in that span, but his hope this year is to go just a step further and win that elusive world title.

The new addition to the Mopar line-up is veteran driver Tommy Johnson Jr., a nine-time national event winner in the series, who takes over from Johnny Gray who finished ninth last year for Mopar with his career best season total of four wins.

At various NHRA events throughout the season, fans are encouraged to visit the Mopar display to view a beautiful heritage wall celebrating the 50 year legacy of the GEN II 426 Race HEMI, participate in contests with special HEMI merchandise as prizes, put their signature a HEMI birthday card and much more as part of the numerous marketing initiatives and events nationwide.

As part of the celebrations, at both NHRA events and on-line at WearMopar.com, a new product line of Mopar merchandise featuring the HEMI 50th anniversary logo will be available with items that include clothing, decorative lighting, clocks, a pub table, stools and much more.