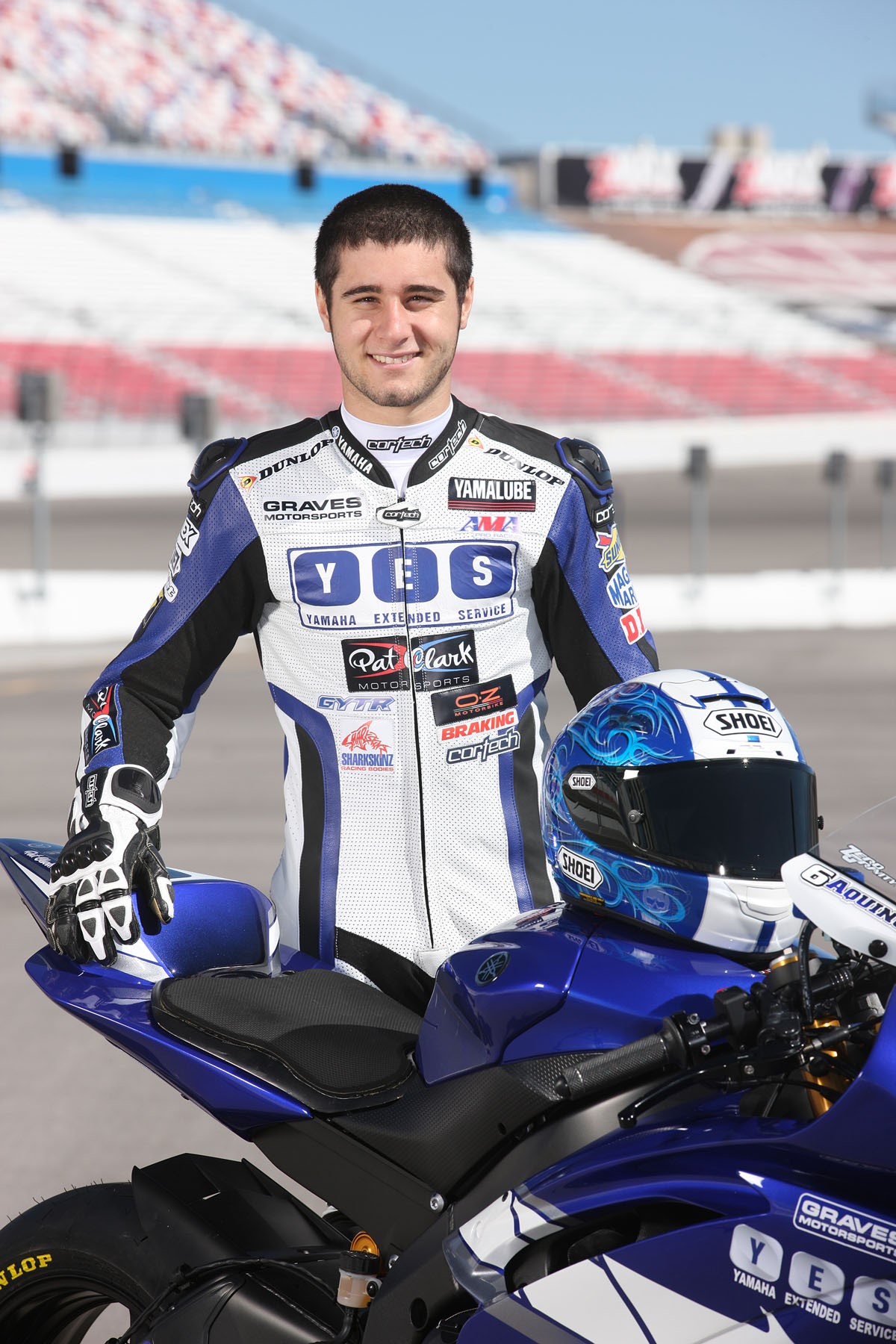 National Superstock race winner Tommy Aquino has been killed in an accident in his native United States, it has been announced.

The 21-year-old was riding Motocross in California with family and friends when he was involved in an accident and tragically passed away.

Aquino rode for the GR Motorsport WD-40 team in the National Superstock Championship last season, securing his first win at Cadwell Park en route to seventh in the overall standings.

He was set to remain with the team for 2014, with a view to ascending to the British Superbike class.

The team released the following statement:

“It is with massive regret that we confirm the extremely sad passing of our friend and rider Tommy Aquino.
Tommy was a great asset to our Team and a welcome addition to my family.

“The thoughts of all our Team members, sponsors and friends are with Tom, Carrie and Michael as this tragic loss is shared.

“This evening there are many wonderful pictures of Tommy being posted by many of his friends and fans for everyone to share.

"I am deeply shocked and saddened by the news which broke yesterday evening and can scarcely believe it. As recently as Saturday we were speaking with Tommy, finalizing plans to announce his ascendency to the British Superbike class this year with Team WD-40, with a team launch planned in London. In a short space of time Tommy had made a great impression on our Championship, with podium finishes and a win in his first season in UK competition, ambitions for the future were high and we were looking forward to his Superbike debut with great anticipation.

"I remember meeting Tommy for the first time on the eve of the first round of 2013 Championship at Brands Hatch. With snow on the ground and temperatures very different to his native California he took some convincing that the move to the British Championship was the right one. But before long it was obvious that one of the most exciting talents to come out of the USA was beginning to make his mark; it's so desperately sad that we will never be able to see his obvious potential fulfilled. On behalf of the Championship I would like to extend our deepest condolences to Tommy's father Tom, his mother Carrie and his younger brother Michael as well as Brent Gladwin and all at Team WD40."