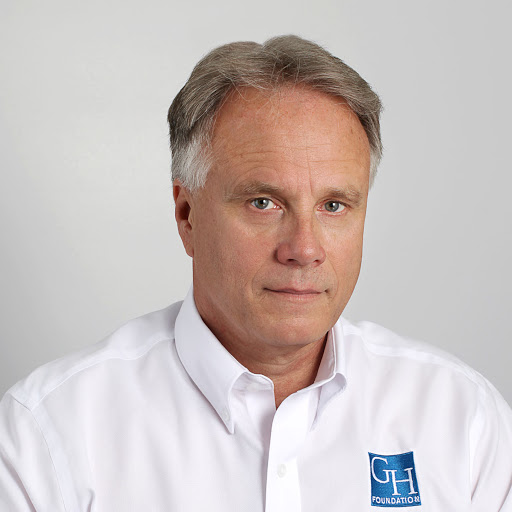 That's virtually all Haas is certain about as his bid to join the global motor sports series navigates a murky approval process and seemed to take a hit last week when Formula One chieftain Bernie Ecclestone doubted its likelihood.

"He said he didn't think we would qualify," Haas said Monday during the NASCAR Sprint Media Tour, whose opening stop featured the Sprint Cup team co-owned by Haas and Tony Stewart. "That's a little bit of a letdown. I respect the man, and it's a very difficult sport, the highest echelon of racing in the world. They want teams that compete and stay for 10 years.

"I don't know. If Mr. Ecclestone is saying we don't have a chance of getting a license, it would be foolish to continue. I'm not sure where that is now. I'm not sure what he's trying to tell us. Maybe that it's a very difficult sport. We've submitted information. Maybe we don't have what they want."

If approved, Haas envisions the organization based adjacent to SHR headquarters in Kannapolis, N.C., but operating independent of its NASCAR staff. The team also would need an engine supplier and a satellite shop to assemble cars for the series, which races primarily in Europe.

The details are sketchy beyond that because Haas isn't sure he'll have a definitive answer until the end of March in what he describes as a "chicken and egg" process.

"You can't do anything until you get a license, but they want you to have the stuff to get a license," he said. "I don't think it's black and white. It's their process. It's their series. It's their ballpark. They just do it the way they do it. You have to be respectful of that. If you push it, seems it doesn't work at all."

Haas vacillated Monday between showing deference to Formula One management and articulating a bold vision for an American-based paradigm that would focus on using software and technology to create cost efficiencies in a series notorious for exorbitant budgets.

"I think if we apply NASCAR techniques, we could bring some of those costs down and maybe accomplish what Formula One really wants: A little more sanity on the cost side and still have good racing. … I just think we as Americans have the ability to take complex machines and figure out how to make them go fast without all the complexity. I could be wrong, but I have that gut feeling."

It's been nearly 40 years since the last U.S.-based team in Formula One, and the last attempt failed in 2010 before even turning a lap. Haas was courted by USF1 as a sponsor and said the team was doomed because of time constraints.

Haas has a much larger bankroll – his net worth was estimated at more than $750 million by the Pacific Coast Business Times when he and Stewart celebrated their first championship together in 2011 – and said he intends to fund the project until sponsorship can be found.

He also has the support of a three-time Cup champion who seems intrigued at the benefits of being aligned with F1.

"For us it's pretty exciting, because there are things down the road that could benefit our Cup program as well by Gene's involvement in a Formula One team," Stewart said. "I'm excited for Gene. I think it's a great opportunity. He's had the ability to build a championship-caliber team in NASCAR. Now he has ambitions to expand on it to a worldwide scenario. We're supportive of it.

"Gene is the kind of person who (when he) puts his mind to something, he can make it happen. He's done that with the Cup side, with Haas Automation. It's going to be exciting to watch the same with Formula One now."

Haas, who owns the rolling-road Windshear wind tunnel in Concord, N.C., where many F1 teams have tested, also has a financial motivation for competing globally. His machine tool company used NASCAR to build a 50% market share in the United States, and Formula One could be an international marketing platform as the business seeks to double its annual revenues to $2 billion.

It's an ambitious plan for a businessman who is accustomed to being called a maverick.

"Everybody said I'm out of my mind," Haas said with a smile. "But the shock was when Mr. Ecclestone said, 'I don't think these guys know what they're doing.' That's tough to overcome. I have a lot of respect for European racing and Formula One. They see us as people who don't understand what they're doing. I respect that.

"I don't think Mr. Ecclestone is trying to do anything other than warning this is a very difficult sport and not for the faint of heart."

Haas said Ecclestone has been "cordial, accommodating and encouraging" in a few meetings, most recently when he attended the U.S. Grand Prix in Austin last November. Watching cars he called "wicked looking," Haas said "you have to fall in love" with F1 despite its myriad challenges.

"It's filled with peril, and there (are) a million ways to fail," Haas said. "For all those reasons, (it) is why you do it – to see if it's something you can do." USAToday