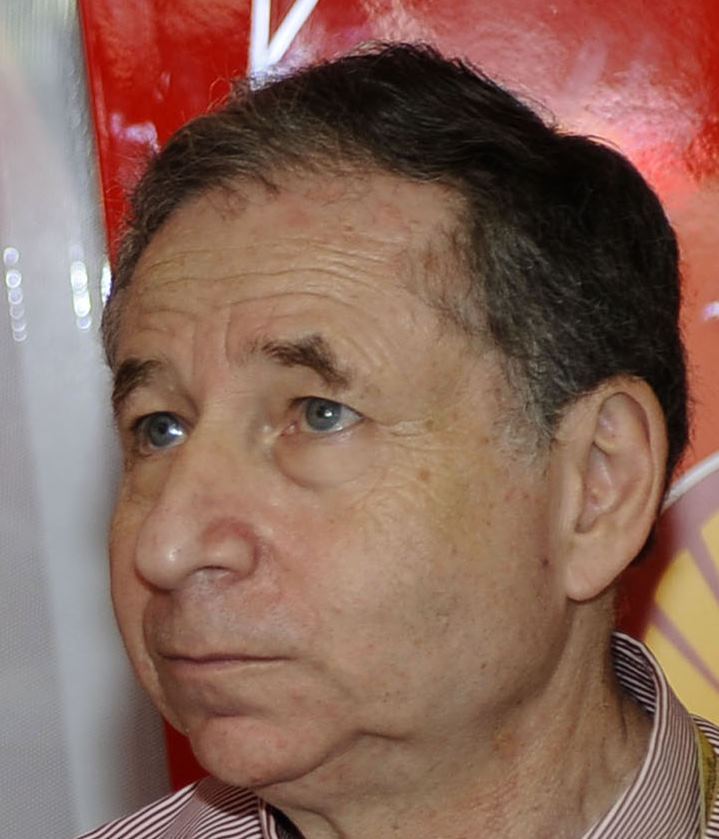 When asked by veteran journalist Roger Benoit if she had thought about quitting amid the Swiss team's high profile financial troubles, she answered emphatically: "No."

And she gave the same negative answer when asked if Sauber came close to selling up and pulling out of F1 after the tumultuous 2013 season, when unpaid bills were piling up.

The Hinwil based team 'launched' its 2014 car, the C33, on Sunday, with a couple of side-view photos of the grey single seater posted on the official website.

Benoit, the well-connected correspondent for Blick newspaper, said a notable absentee is a title sponsor.

"We are in talks with other potential partners," she added.

The absence of a front-view photo of the V6-powered C33 makes it difficult to compare with the other revealed 2014 cars, including the 'anteater'-nosed Williams, the 'nostriled' McLaren, the 'vacuum-cleaner' Ferrari and the 'tweezer'-nosed Lotus.

The Lotus has caused the bigger stir so far, as the two tuning fork-like nose tips are actually different lengths, according to Germany's Auto Motor und Sport.

"In fact, the asymmetry is just a trick for the regulations," correspondent Michael Schmidt said. "Tips of equal length would make the E22 illegal," he added, explaining that the entire crash structure is probably inside the right-hand tip.

"Whether the FIA is happy with this solution is another matter," said Schmidt.

Still to be seen are the new Red Bull and Mercedes cars, but Nico Rosberg has at least driven the latter, when he ran the silver W05 at Silverstone last week.

The first winter test kicks off on Tuesday, when rain is forecast at Jerez in Spain.

Rosberg will be wearing a new blue helmet in 2014, after his traditional yellow clashed with teammate Lewis Hamilton's last season.

It can be seen here.

A sneak view of Mercedes' new silver and black livery has also been revealed by the Brackley team, and it can be seen to the right.

And another on-track sound clip of F1's new V6 era has been revealed, after Toro Rosso's Ferrari-powered STR9 ran at the Misano track in Italy last week.

It can be heard in the video below:

Thanks to his backing by the Kazakh capital Astana, the 22-year-old Spaniard will be Force India's reserve this year, attending all races and taking part in several Friday practices.

But Juncadella tested in 2013 for Williams, and he was in the running for a bigger role this year, "but I really wanted to drive more and be the reserve," he told Spain's El Confidencial.

"I had been in the Mercedes simulator," he said, "but this did not give me options to get in the car.

"I could only do it (get a 2014 reserve role) with teams that have Mercedes engines," Juncadella revealed.

Presumably, that is because he will combine his 2014 duties in F1 with a continuing race role in the German touring car series DTM, where he drives a Mercedes.

Williams will be Mercedes-powered in 2014, but "we decided on Force India," he said, "because they were giving the best chance to get in the car and have the most track time".

"It's a super-important year," Juncadella explained, "and it's great to have this opportunity because of what can happen in the next year.

"But we must go step by step — I don't want to raise expectations that I can go faster than Hulkenberg or anything."

Grosjean future safe despite Boullier exit
(GMM) Romain Grosjean's Lotus future is safe, despite the departure from the team of boss Eric Boullier.

That is the claim of team owner Genii's chief Gerard Lopez, responding to claims that because Frenchman Boullier was famously close to his countryman Grosjean, the 27-year-old driver's future might now be in doubt.

But Lopez told France's RMC that Grosjean is safe.

"It is us who brought Romain from GP2, and his career was launched by Jean-Paul Driot, who is a friend and a partner," said the Luxembourger.

"Then the choice of the lineup for F1 was done with Eric Boullier, but it's still us who decided," added Lopez.

"And Gravity is 100 per cent ours," he insisted, referring to the management stable involving Grosjean, in which Boullier was heavily involved as the chief.

Lopez insisted: "For me, Romain is one of the best drivers in F1 today, and I think we will soon be able to announce something for the very long term."

The seven time world champion has been in a coma for almost a full month, raising doubts he will ever recover from his late December skiing accident.

Blick newspaper reports that journalists, particularly those in Germany, have been warned away from that sort of speculation with a letter from lawyers representing the great German's family.

In the meantime, Bild am Sonntag newspaper quoted manager Sabine Kehm as saying Schumacher's wife Corinna only wants the 45-year-old closest friends to be around him.

One of the closest of all is 67-year-old Frenchman Todt, who today heads F1's governing body.

"Michael and Jean formed a deep and respectful friendship during their time at Ferrari," triple world champion Niki Lauda said.

"That he is at his side now is very important," he added.

We reported a year ago that the Swiss global financial services company, having entered F1 in 2010, is now considering pulling out.

It was reported that current chief executive Sergio Ermotti was studying the wisdom of the deal entered into by his predecessor Oswald Grubel, who also took Credit Suisse into F1, and was a former BMW-Sauber board member.

The report said that, officially, the decision will be taken shortly, "but this is only a formality", as the exit has already been internally agreed.

Video: Esteban Gutierrez: It's going to be an adventure
Esteban speaks about his thoughts and feelings going into a 2014 season that comes with many changes and challenges for all Formula One teams and drivers.