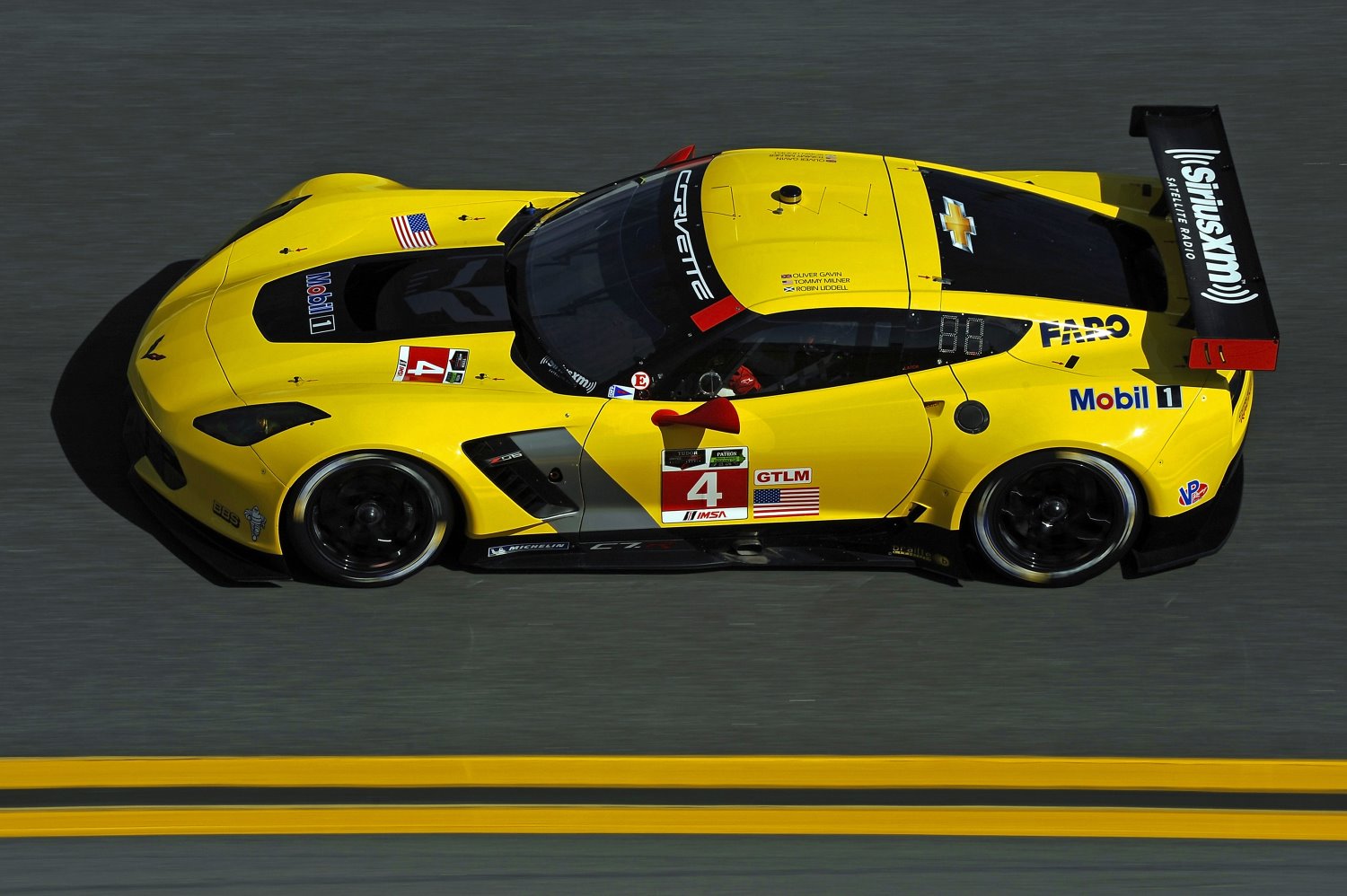 We’ve hit the 20-hour mark in the Rolex 24 Hours of Daytona. The class of the field currently is Ricky Taylor in the #10 Wayne Taylor Racing Corvette. Taylor holds a 14-second advantage over John Martin in the #9 Action Express Corvette. Martin’s teammate Christian Fittipaldi is less than a second behind in the #5 sister car.

Overall, it’s probably safe to say, the race for the overall win is down to six cars. The three mentioned above are the only cars on the lead lap. Three prototypes are currently one lap off the pace. Tony Kanaan is currently piloting the #02 Chip Ganassi Racing Ford in fourth place. The #6 Muscle Milk Nissan Oreca is quietly putting together a strong race, and sits fifth with Alexander Brundle currently behind the wheel. Michael Valiante has the #90 Spirit of Daytona Corvette in sixth.

With his teammates now officially retired from the event, Porsche North America’s Richard Lietz continues to lead in GTLM in the No. 911 Porsche 911 RSR. He has a 10.7-second lead over Corvette Racing’s Oliver Gavin in the No. 4 Corvette C7R, with BMW Team RLL teammates Graham Rahal (No. 56) and Andy Priaulx (No. 55) third and fourth, one lap down.

Colin Braun leads PC in the No. 54 CORE autosport ORECA FLM09, while Townsend Bell leads GTD as Level 5 Motorsports continues to set the pace in the No. 555 Ferrari 458 Italia.

Look for traffic to play a key factor as we enter the final few hours. Although, the race has been pretty clean, many of the experienced Prototype drivers have noted that the track is very full this year, and that they underestimated how difficult it would be.