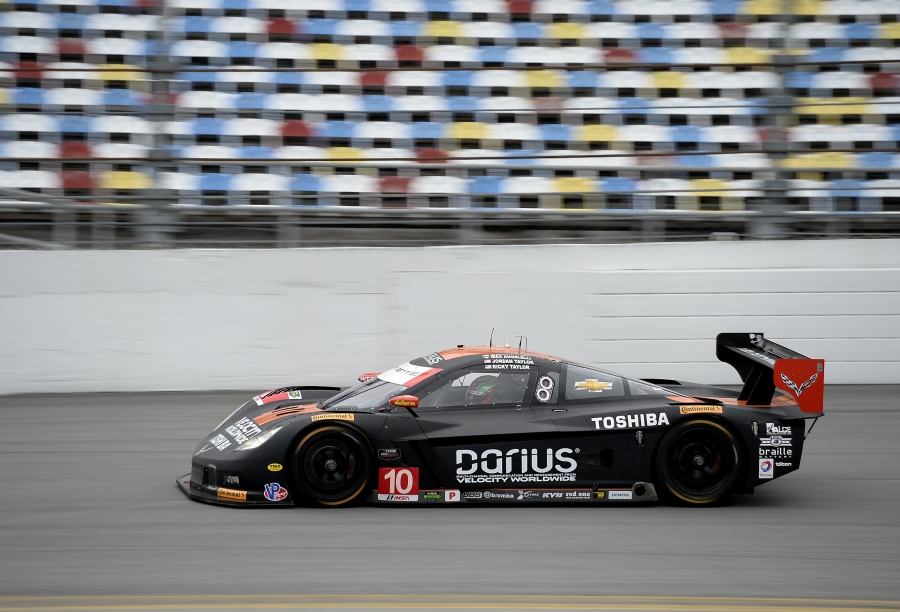 Max Angelelli continues to lead, although four Prototypes are running on the lead lap at Daytona. The Action Express cars are second and third, with Joao Barbosa leading Brian Frisselle, followed by Marino Franchitti in the Ganassi No. 02 and Richard Westbrook for Spirit of Daytona. Klaus Graf is one lap down in sixth for Muscle Milk Pickett Racing.

The top three contenders in GTLM are on the lead lap, with the Porsches of Nick Tandy (No. 911) and Patrick Long (No. 912) leading the Corvette of Tommy Milner.

James Gue has returned the CORE autosport ORECA FLM09 to the PC lead, while Alessandro Pier Guidi leads in GTD for in the No. 555 Level 5 Motorsports Ferrari.

Other developments in the caution-free hour included AJ Allmendinger going to the garage with gearbox problems. The No. 60 Michael Shank Racing Ford EcoBoost/Riley was running seventh, fourth laps down. The No. 70 SpeedSource Mazda and No. 0 DeltaWing both officially retired for mechanical reasons.