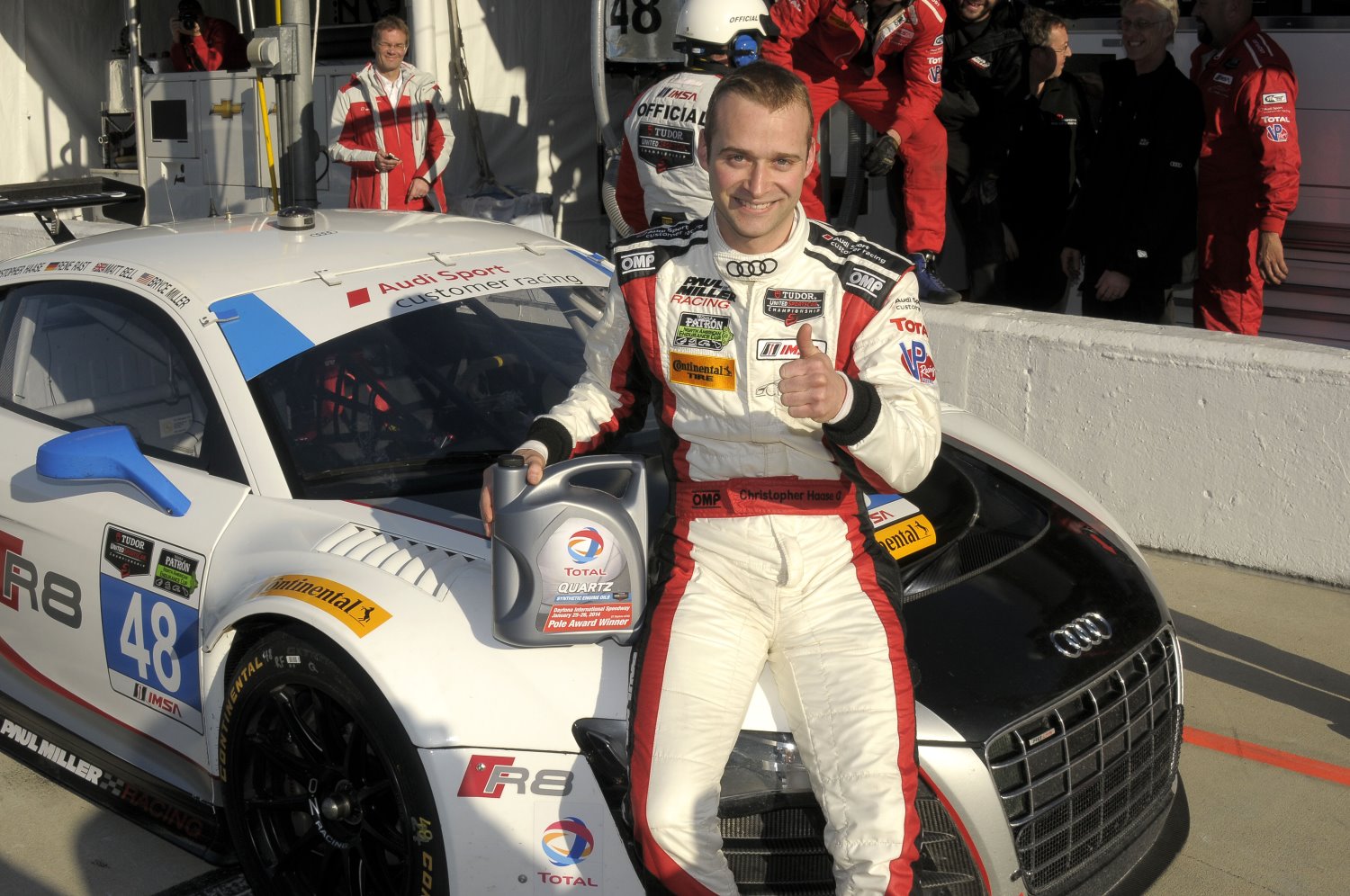 After winning the GTD pole in Thursday's qualifying in the No. 48 Paul Miller Racing Audi R8 LMS, Christopher Haase's time was disallowed in post-qualifying inspection. After review by IMSA supervisory officials, however, the post-qualifying infraction penalty was rescinded on Friday morning, putting the Audi back on the pole.

"We were not as much concerned about the pole as our interpretation of the rule," team owner Paul Miller said. "Qualifying position is not very important in a 24-hour race. We were concerned about the rule that was in dispute, and were very upset with the way it was initially handled. We're grateful that IMSA took a deep breath, took a good look at the rule, and changed their minds."

Christopher Haase had taken the No. 48 to P1 on the GTD charts but IMSA officials found an unapproved rear wing endplate on the Audi and have subsequently sent it to the rear of the field for Saturday's race.

Another quick GTD machine, the No. 46 Fall Line Motorsports Audi R8, has suffered the same fate because of a ride-height violation. The car had originally qualified third in the class.

Finally, the No. 78 Starworks Motorsport Prototype was popped in inspection for both a ride-height violation and the use of an unapproved aerodynamic device. Brendon Hartley had originally put the No. 78 third on both the overall and Prototype grids.

With all of that taken into account, the No. 63 Scuderia Corsa Ferrari 458 Italia (GRAND-AM GT driver's champion Alessandro Balzan/Toni Vilander/Jeff Westphal/Lorenzo Case) has been elevated to pole in GTD. Corsa's sister Ferrari, the No. 65, is now second on the class grid, and the No. 007 TRG-AMR Aston Martin Vantage GT3 shall line up third.

As for the Prototype grid, everyone from fourth on back will now move up one position. NBC Sports