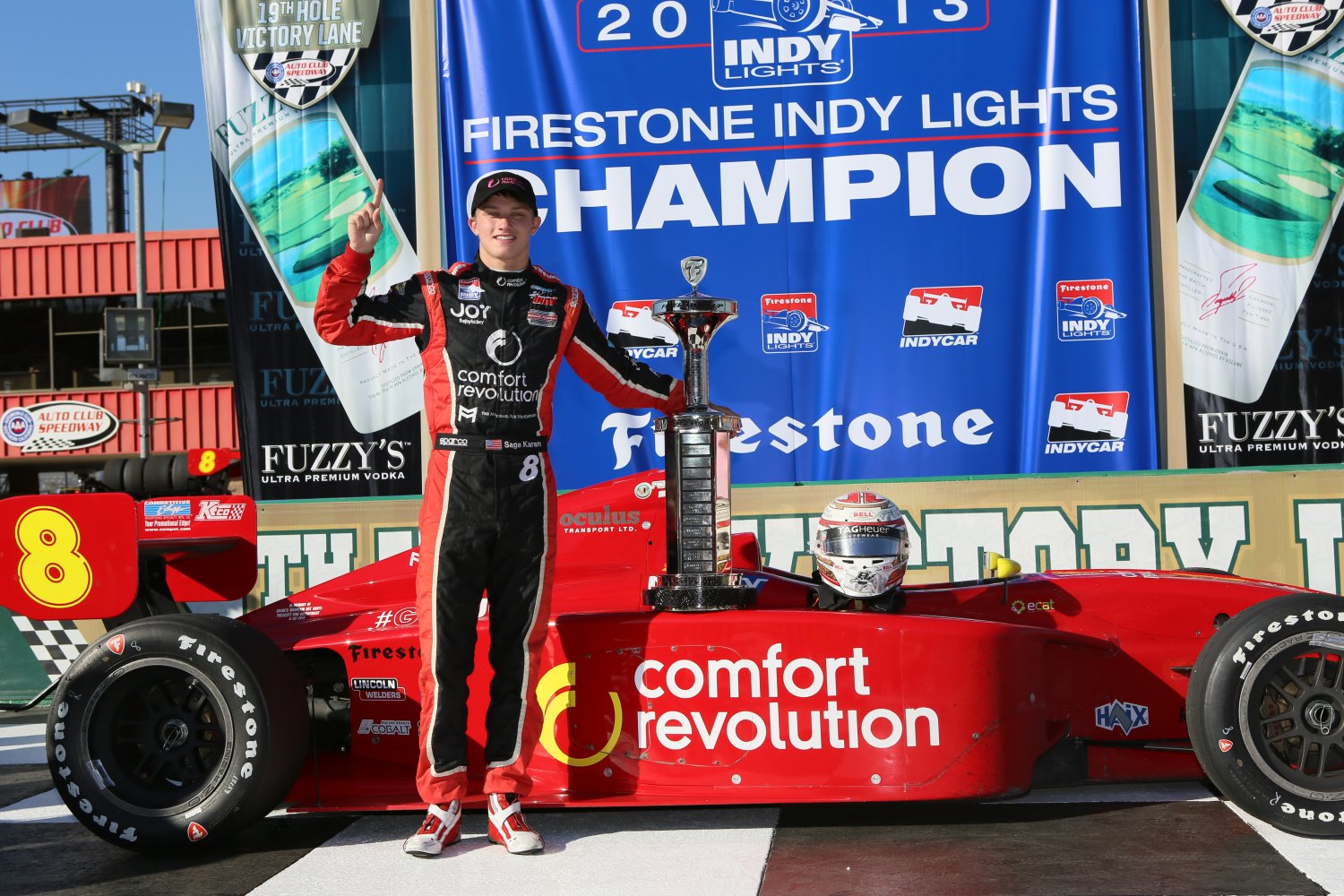 Indy Lights champion Sage Karam isn't sure where this weekend's Rolex 24 Hours of Daytona will lead him, but he's willing and ready to find out.

Karam has joined Chip Ganassi Racing for the season-opening race of the Tudor United SportsCar Championship at Daytona International Speedway with no guarantees that he'll ever drive another Chip Ganassi car. But he might, and that's good enough for him.

“We're talking about doing some more races," said Karam, who is scheduled to hop in the No. 01 Telcel-sponsored car led by sports car regulars Scott Pruett and Memo Rojas with help from NASCAR driver Jamie McMurray. “We might do the Indy 500 or maybe a couple of other races. We'll see."

One of those races could be the sports car race in Long Beach, Calif., which accompanies IndyCar during the April 11-13 weekend.

All of that will be done, Karam hopes, with an eye toward being full-time with Ganassi's race program in 2015; but again, there are no guarantees.

Karam, who turns 19 in March, had never driven a sports car of any kind prior to the Daytona test, the Roar Before the 24. He got limited practice time in the sessions leading up to the main event that begins Saturday at 2 p.m., and his driving shift, it if comes, figures to be in the dark of the Florida night.

Not ideal, he concedes, but a chance with one of the sport's best organizations.

“Testing with this team has been really big for us," said Karam, a high school senior in Nazareth, Pa. “We'll see where it leads." AutoWeek