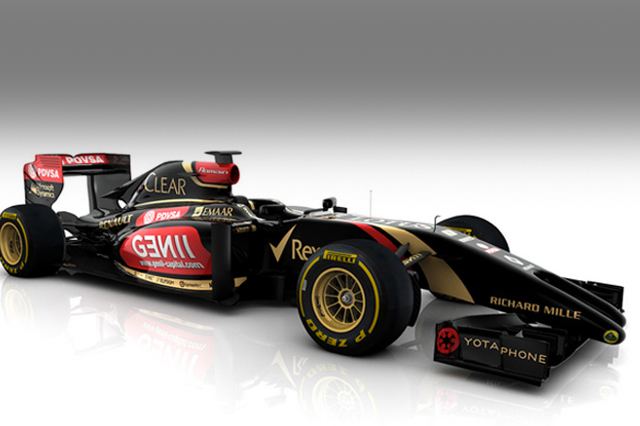 Force India and Williams had already released images of their new 'anteater'-nosed single seaters, and now the 'nostril'-nosed silver and black McLaren MP4-29 has been launched online.

And, perhaps in retaliation for apparently poaching its boss Eric Boullier, Lotus rained on McLaren's launch parade by simultaneously releasing the first photo of its new E22, which will not be officially revealed until Bahrain next month.

Lotus' black and red car has a notably different solution at the front of the car, with the two parallel nose tips resembling a musical 'tuning fork'.

"The talk is all about noses so they present a car with tweezers on the end," Reuters correspondent Alan Baldwin said on Twitter.

Meanwhile, Ferrari revealed that when its new car is unveiled on Saturday, it will be called the F14 T, after the name was selected by more than a million fans who voted online.

And although Martin Whitmarsh was not mentioned once by McLaren in its 2014 launch material, the Santander announcement or confirmation of Stoffel Vandoorne's reserve role, the British team apparently has no immediate plans to comment on the future of its management lineup.