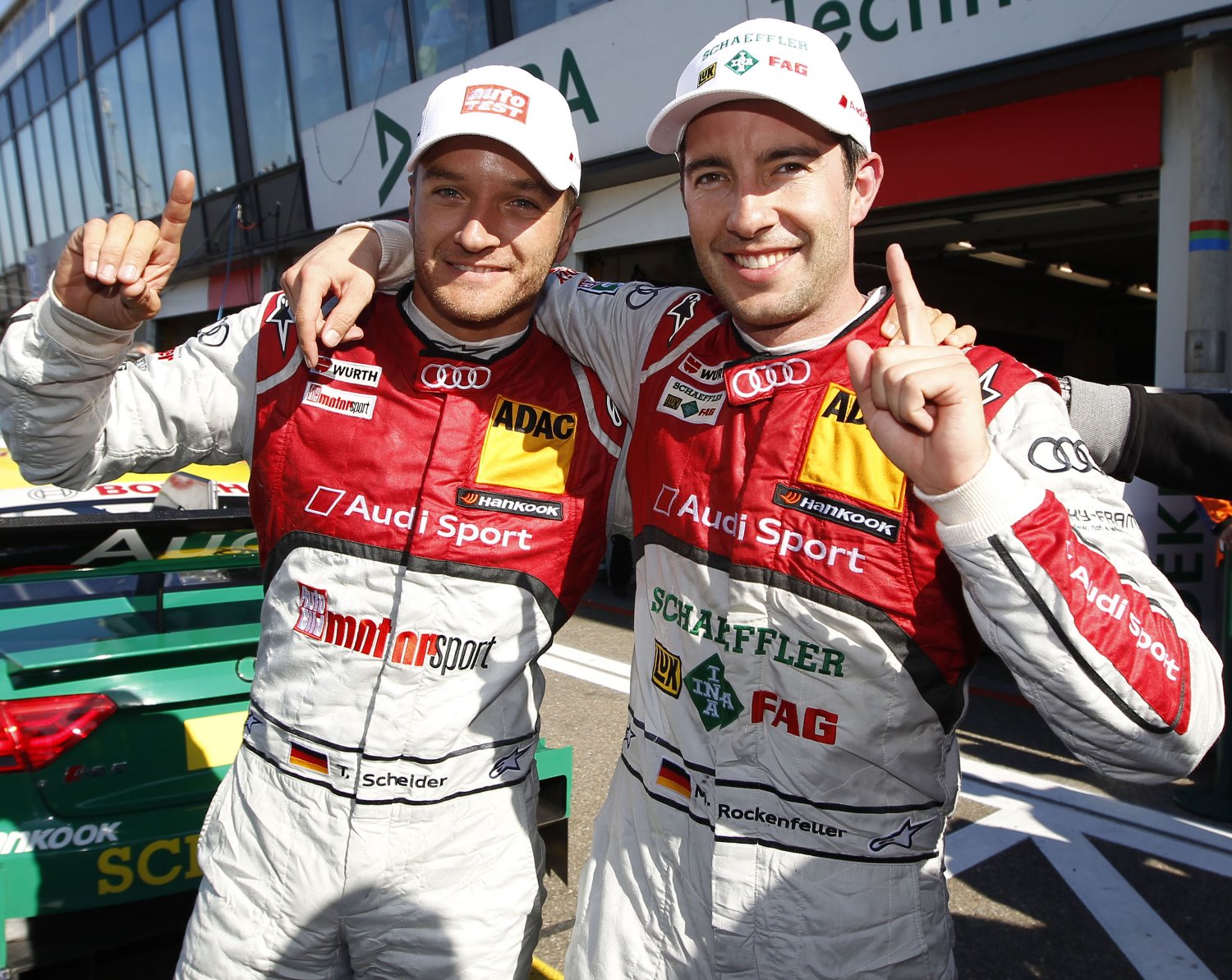 In 101 days, the new DTM season will start at the Hockenheimring and the Audi driver teams have now been confirmed: Mike Rockenfeller will be running in the Audi RS 5 DTM as the title defender and, in Timo Scheider, receiving a new team-mate. All three Audi teams were realigned for the title defense project.

From the hunter to the hunted: For the first time in his career, Mike Rockenfeller (D/30) will be starting from the DTM grid in car number '1' of the reigning Champion. And his new team-mate in Audi Sport Team Phoenix knows how to win the most coveted crown in international touring car sport as well: Timo Scheider (D/35), the 2008 and 2009 DTM Champion, after seven years in Audi Sport Team Abt Sportsline, will be switching to the team of Ernst Moser.

"I had a great time with Abt and am leaving the squad with a tear in my eye," says Scheider. "On the other hand, I'm looking forward to driving for the outfit that has provided the DTM Champion twice in the past three years. Besides that, I know the team really well from my days before Audi."

Timo Scheider is swapping cockpits with Miguel Molina (E/24), who, after two years with Phoenix, is returning to the team he has celebrated his greatest successes with in the DTM so far: Audi Sport Team Abt Sportsline. In 2010, in his first DTM season, the Spaniard was ‘rookie of the year.’ In 2011, in Hans-Jurgen Abt's squad, he took the top spot on the grid twice and clinched his first podium result in the DTM.

In Edoardo Mortara (I/F/27) Audi Sport Team Abt Sportsline is receiving another strong driver, who in 2012, the first year of the current DTM regulations, scored two victories and, following a 2013 season that was disappointing for him, has a burning desire to battle for victories again in the DTM. The two-time DTM Champion Mattias EkstrÃ¶m (S/35), who in 2014 is contesting his 14th DTM season in total with the squad from the Allgau, and youngster Adrien Tambay (F/22) complete the most successful Audi DTM team in history.

Audi Sport Team Rosberg is tackling the 2014 DTM season with a completely new driver constellation and combination of seasoned and young campaigners. Jamie Green (GB/31) will spearhead the squad of ex-Formula One World Champion Keke Rosberg and Team Director Arno Zensen. The cockpit of Filipe Albuquerque (P/28), who is switching to Audi’s Le Mans program, will be taken over by Audi’s new signing Nico MÃ¼ller (CH/21).

“During the winter, we not only took a very close look at our RS 5 DTM in search of optimization potential, but also went through various options with the three teams and the drivers in order to come up with as strong a line-up as possible," says Dieter Gass, Head of DTM at Audi Sport. “Following extensive discussions, all the parties involved feel that we’ve found the best solution. On the one hand, we’re banking on continuity, as we’re going to have seven of our previous drivers on the DTM grid again in 2014. On the other hand, we feel that a change now and then won’t hurt. That’s why we’re convinced that we’re well-set for the new season with our modified line-up."

This is exactly the way Head of Audi Motorsport Dr. Wolfgang Ullrich views the situation as well: “Audi has always been committed to continuity with the drivers, as well as to a consistent approach of working with young talents. That’s why it’s nice that we managed to retain all of our previous DTM drivers for Audi – including our three DTM Champions. In Nico MÃ¼ller we’ve got a promising youngster as a new member of our squad, who will probably attract a few fans from Switzerland to the DTM. Plus, we’re already very eager to see how Timo (Scheider), Edoardo (Mortara), Miguel (Molina) and Jamie (Green) will be gelling with their new teams."