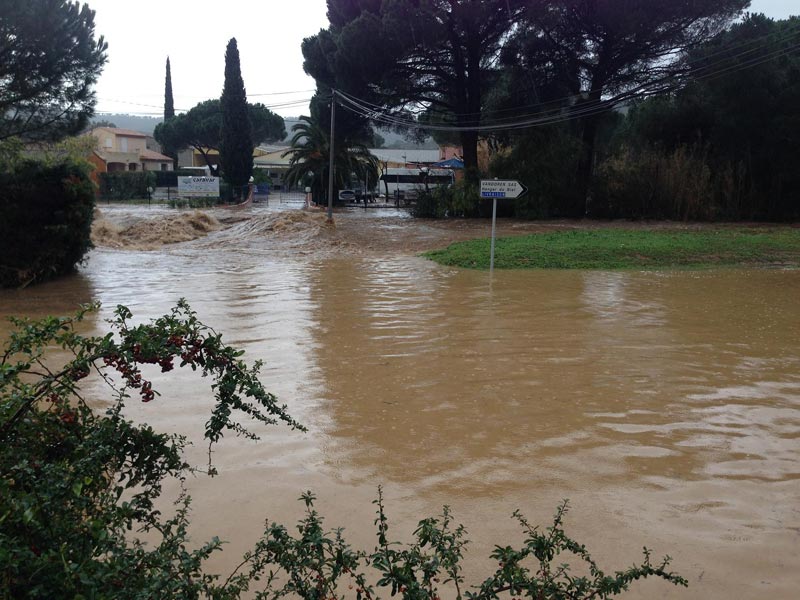 The base in Bormes-les-Mimosas, home of the Tech 3 MotoGP outfit which is to run Bradley Smith and Pol Espargaro as well as the Moto2 team of Marcel Schrotter and Alex Marinelarena, was affected on Sunday as the immense levels of rainfall resulted in rivers bursting their banks. This has occurred shortly before the squad was to pack up for the opening pre-season premier class test in Malaysia.

An anticyclone over northern Europe later resulted in heavy rain over France, resulting in much damage to crates in the Tech3 premises – whose watertight door failed – which on Tuesday were planned to have been shipped to Malaysia. The entire region has been majorly affected by the weather, with two people having lost their lives and a further individual injured as the storms left many without electricity and running water as well as much damage to buildings.

The majority of damage was sustained between 10 and 11am on Sunday, with the flood water coating the workshop floor in mud and damaging equipment. "This is a major natural occurrence, but we are fortunate this has not happened at a busier time of year," Team Manager Herve Poncharal explains. "Although we have many things to prepare, it shouldn’t affect us too badly."

Since the damage was incurred on Sunday, Tech3 personnel have been busily attempting to clean up the property with the assistance of neighbors.