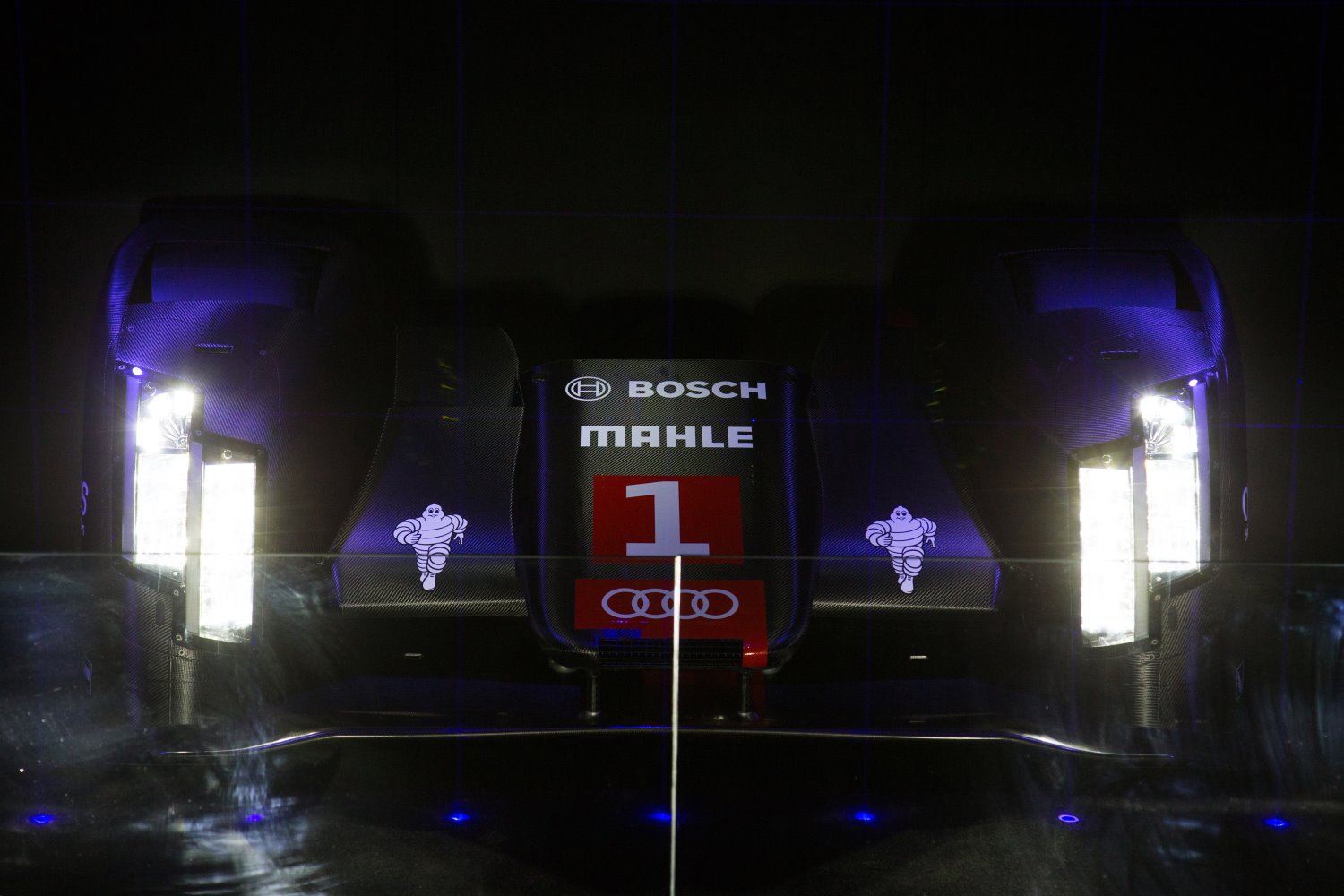 LED daytime running light, LED headlights, matrix beam and now laser light: Audi is again using the Le Mans 24 Hours this year to further extend its advantage in the area of light and vision. With the new R18 e-tron quattro race car Audi has opted for a combination of LED and laser light.

“Audi is the trendsetter in lighting technology," says Prof. Dr. Ulrich Hackenberg, Member of the Board of Management for Technical Development of AUDI AG. “The A8 has recently been available with matrix LED headlights – the most advanced lighting technology for production cars. We’re going to offer it in further models. Our latest development is laser light – even sharper, more powerful and more efficient. We’re equipping the new Le Mans race car with it and will be the first automobile manufacturer to introduce laser light in production cars."

Optimal illumination of the track plays a crucial role in the Le Mans 24 Hours and other endurance races, which are partially held in darkness. “We’ve always attached great importance to making our drivers feel safe and comfortable in the cockpit of an Audi race car," says Chris Reinke, Head of LMP at Audi Sport. “Good night vision is an essential element of this. The matrix beam LED headlights already provided our drivers with a major advantage at Le Mans – combined with laser light, it’ll increase even further. This new technology has great potential for the future."

With its matrix LED headlights, consisting of eight LED units per side, the Audi R18 e-tron quattro set standards in terms of lighting range and light intensity at Le Mans last year. The innovative headlights of the new R18 combine the strengths of the matrix LED headlights with those of laser light. “Laser light provides a much more homogenous and precise spread in front of the car," says Chris Reinke. “For us, this technology marks a milestone – it’s a reflection of the pioneering spirit of Audi Sport that, yet again, we’re assuming a pioneering role and, together with our colleagues in production development, deploying this new technology at such an early stage in racing. This collaboration is remarkable."

At the International CES 2014 in Las Vegas in January, Audi showcased the Audi Sport quattro laserlight concept car and a front section of the new Audi R18 e-tron quattro including the headlights. In the case of the previous R18, Audi retrofitted the car with matrix LED technology while for the new generation the developers integrated matrix beam and laser diodes from the beginning. This also made it possible to further optimize the intelligent cornering light. Depending on the position of the car on the race track, it illuminates a corner even before the driver turns in.

Two-time Le Mans winner and former World Endurance Champion Marcel FÃ¤ssler already had the opportunity to experience the compelling advantages of the new headlights during tests held in darkness. “I’ve never had such good light on a race car as on the new R18," the Swiss enthuses. “It’s clearly even better than last year. I wouldn’t call this just one step forward, but three. The laser light is brighter, more concentrated and more precise. For example, you can see the apex of a corner much better with it. At night, this could be a crucial advantage for us."

Audi has previously set standards in lighting technology at Le Mans on several occasions. The Audi R10 TDI in 2006 was the first race car equipped with LED daytime running light. On the R15 TDI, LEDs additionally functioned as the high beam. In 2011, with the R18 TDI, Audi used full LED headlights for the first time; and in 2013 matrix LED technology followed.

“The use of laser light at Le Mans is yet another example that underscores Audi’s leading role in the development of new technologies and the importance of motorsport for the company," says Head of Audi Motorsport Dr. Wolfgang Ullrich. “Le Mans again serves as a tough test bed for a new technology that’ll soon be launched in production at Audi and in which the four rings are again a crucial step ahead of the competition. The close cooperation between Audi Sport and production development is exemplary and unique."