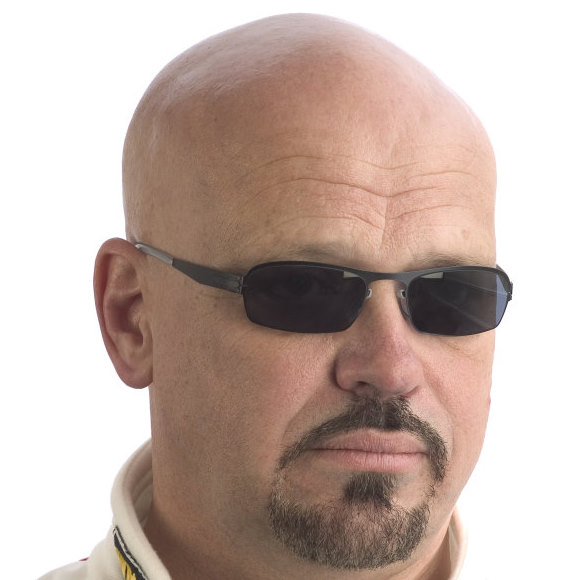 Heading in to the new era of the TUDOR United Sports Car Championship, Team Principal Gentilozzi looks positively on the upcoming season and the growth of the RSR Racing organization. The East Lansing, Michigan based team is looking to use the powerhouse driver line-up to build on the history of their nineteen victories under the IMSA banner including three in the Prototype Challenge class and two at the prestigious Rolex 24 Hours at Daytona. In previous efforts Paul and his team have had an overall and two GT class Victories at this historic event.

Veteran drivers Junqueira and Ende return to pilot the number 08 Lino'spresso Chevrolet powered Oreca FLM09. With a full season as teammates, the pair's goal is to build upon their 2013 victories at Road America and Lime Rock Park to compete for the PC class championship in 2014.

Gustavo Menezes and David Heinemeier Hansson rejoin Junqueira and Ende for the endurance events this year beginning with the Daytona event next week. In 2013 Menezes ran the Petit Le Mans with RSR and Heinemeier Hansson joined the team for the Circuit of the Americas event.

Joining the Cumming/Tagliani duo for the longer events in 2014 will be Rusty Mitchell and Conor Daly. Mitchell will contribute his P2 class experience as the foursome fights for the prestigious win on the Florida coast. Daly will compete for the first time in a Prototype Challenge race car and joins Tagliani as first time competitors in the famed 24-hour event at Daytona.

All drivers in the RSR Racing line-up look to battle for the prestigious victory of the 24 Hours at Daytona, to stand atop the podium and hoist the trophy for the first event in the TUDOR United Sports Car Championship.

RSR Racing will debut the two-car efforts when the clock start ticking at the 3.56-mile Daytona International Speedway on January 25th at 2:10pm Eastern Time as the green flag flies for the Rolex 24 Hours at Daytona.

Paul Gentilozzi on the kick-off of the 2014 season

As a Sports Car Driver or Team Owner the race to win is the 24 hours of Daytona, winning marks your career forever. It is the ultimate test of preparation, strategy and discipline. I have made 20+ attempts and tasted victory twice, it is a lasting taste that never goes away, our objective is simply to win again.

"I am very happy to return with RSR again. After two wins last season driving with Duncan, I think we can do better this year. It is very nice that the team is going to have two cars, and we can learn with each other and find better setups."

Duncan Ende's thoughts on the 2014 season

"I am really excited to be back with RSR and teamed up with Bruno for 2014. Even though we had our part time deal come together quite late last year we managed to compete at the front every weekend and bring home a couple of wins, so I know we will carry that into the new year.

"Expanding our team to a two-car program with the addition of Chris and Alex will be a big boost to our program."

Gustavo Menezes on rejoining RSR in 2014

"I am very happy to be joining RSR to compete in my First 24 Hour race, especially being the famous and classic 24 at Daytona! I competed with RSR at Petit Le Mans in late 2013 and loved working with the team and Great friend Bruno Junqueira. It will be nice to head into this race already being comfortable with the team environment and having been in the car.

"The LMPC car is a different challenge for me coming from the FIA F3 Europe car but with the hard working team of engineers they have gotten me comfortable and ready for the distance. RSR has worked hard during the off season to ensure their cars are at peak performance for this event and I am looking forward at charging for a top spot in the event this month."

"I'm really looking forward to driving with RSR for the long races in 2014. I've never done Daytona before, so that's going to be a fun challenge. I think we have a really strong line-up, a team with tons of experience, and a class that's bound to be exciting. Let's get started!"

"I'm very excited about the program we have at RSR for 2014. We've spent a lot of time in the off-season putting together a strong team to compete for wins and a championship this year. RSR is going to make things tough for everyone else. After coming within one point of the title in 2013 I'm as motivated as ever and can't wait for the season to begin."

"I am excited to work with so many familiar faces like Jeff Lohman, Paul, Bruno, Conor, and John and to participate at the Daytona 24 hour race with a competitive team and line-up.

"I've already been on contact with Bruno via email. We are good friends and I look forward to working with him again and hopefully we can have a good result for the team."

"I believe as a team we have a great opportunity to not only finish on the podium but also compete for the win at the Rolex 24. With the support of RSR a race winning and championship capable proven team to go along with our driver lineup of Alex, Chris, Conor and myself for the 24 we have all the right ingredients to win. To be able to compete in one of the world's most prestigious endurance races with this caliber of team and drivers is a dream come true for me and I can't wait to get the week started. I would like to thank Paul at RSR and a sponsor of ours Petro Communications for this opportunity."

Conor Daly on teaming up with RSR Racing in 2014

"I'm very excited to be headed to Daytona for the first time. I appreciate the opportunity RSR Racing has given me and look forward to working with the team. It will be a whole new experience for me and I'm ready to work with the team to learn from the guys around me to get up to speed quickly."