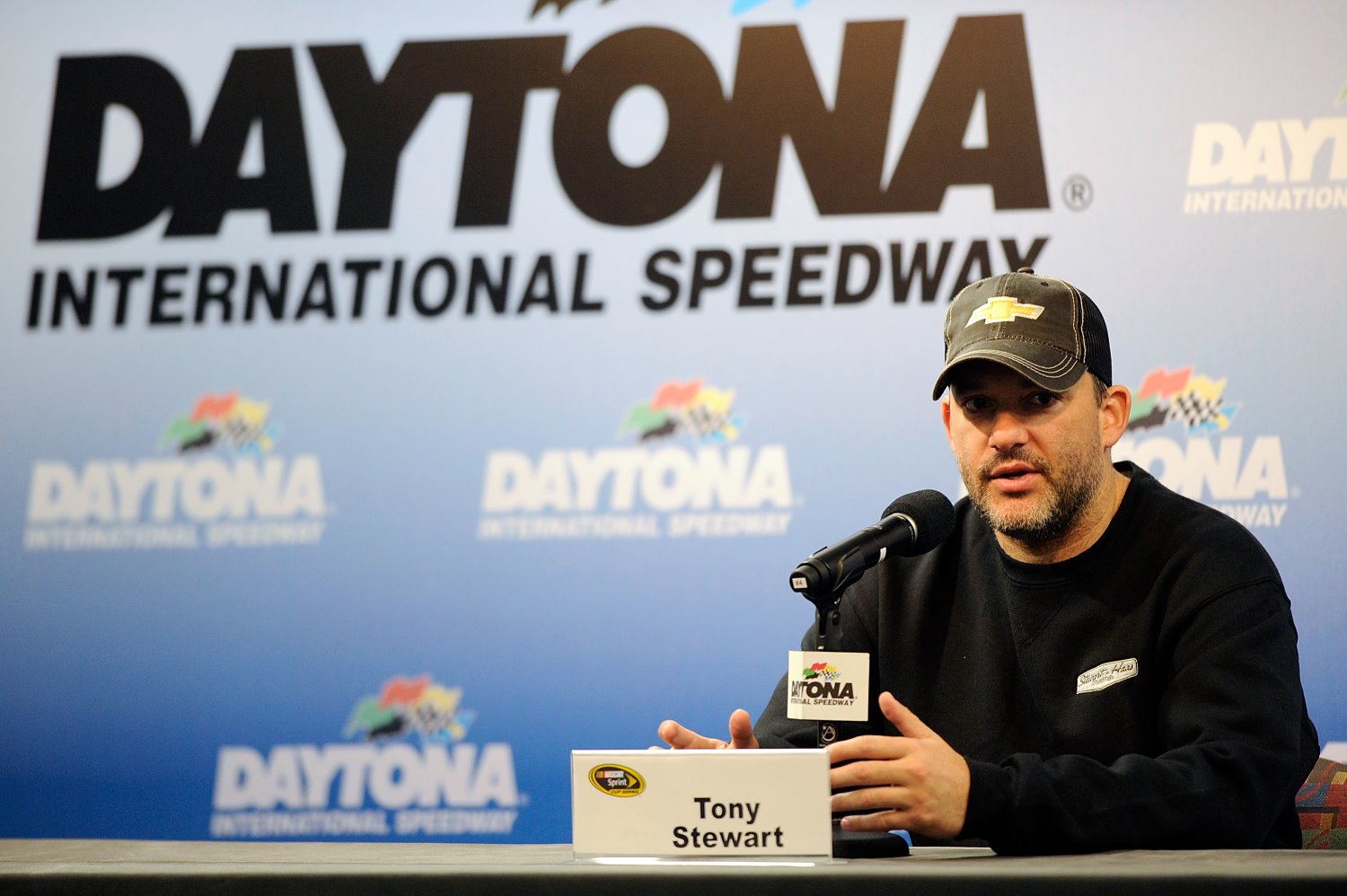 Dressed in blue jeans and black sweatshirt, Tony Stewart was still limping slightly as he stepped on stage in the media center at Daytona International Speedway on Thursday.

He was there for Sprint Cup testing known as Preseason Thunder and it was the first time since November that many of the members of the motorsports media had seen him. Sidelined since breaking his right leg in two places last August during a Sprint car race in Iowa, three surgeries and numerous physical therapy sessions have steadily helped him to become stronger. He admits more needs to be done.

While at Daytona, Mark Martin, Stewart's fill-in driver for the final third of 2013, handled the driving duties at Daytona while Stewart watched from the garage area. Doing so further assured there would be no setbacks with the healing process.

"While I'm still healing up, Mark is helping out and doing the testing for us. His role is huge, obviously," Stewart said. "When he comes to the shop, he doesn't come around and just walk around and smile and say hi to everybody. I mean … he's got an agenda and he's wide open when he gets there getting it done.

"I think there's more that he can contribute that I even realize he can at this point, but he's been very good about when he comes to the shop of working with all the crew chiefs and being a big asset of getting things ready for this year."

Daily progress is steadily being made. Stewart has been driving his own personal car since October and has gone as far as sitting in one of his No. 14 Stewart-Haas Racing Chevrolets being prepared for this season. He has also spent time watching races and visiting with fans.

"The great thing is our fans don't stop just because we stopped racing," Stewart said. "It's like little victories, like getting off of crutches and walking on our own again. That's something the fans picked up on, and that's was like a victory to them."

These days, Stewart is pretty good at predicting rain, snow or cold weather. When they are in the forecast, that's when the leg aches a bit more than normal. That may hold true for decades to come.

"Seems like if the rain comes or snow or cold comes, I know it right before it changes, but I feel pretty good," Stewart said. "I still have a little ways to go, but we've got four weeks to get ready the rest of the way. Even when we get here in February, it's not going to be 100 percent."

Under normal circumstances, he is busy driving his Sprint Cup cars, helping managing SHR he co-owns with Gene Haas as well as his race teams, various businesses as well as fan and sponsor obligations. His routine has endured many changes and adjustments since finding himself in recuperation mode.

"I guess the hardest part is not knowing where I'm supposed to be. I've never had an injury like this so I don't have anything to compare it to," Stewart said. "I kind of base everything on a week-to-week deal, and on Sunday I kind of evaluate where I was the Sunday before and go from there.

"It's been kind of a challenge, I guess, from that standpoint. The physical side of it is an obvious deal. It's getting everything healed back up and going through rehab and doing everything we're supposed to do. But just not knowing exactly what I'm supposed to feel like, if something hurts why is it's hurting. I've not had those experiences before." More at the Davidson Dispatch