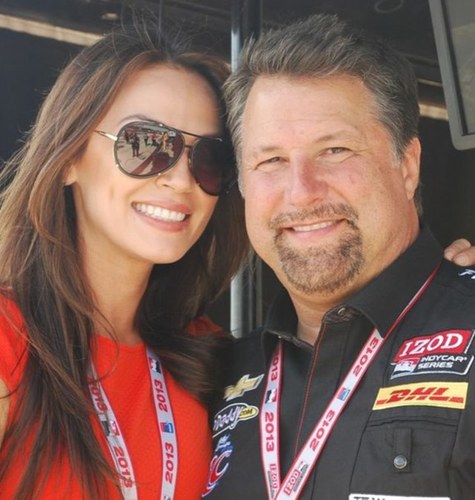 Michael Andretti made a major offseason overhaul to get back on top of the IndyCar standings.

He's changed engine manufacturers, hired Colombian Carlos Munoz, one of the series' top young drivers, as a full-timer and given veteran drivers James Hinchcliffe and his own son, Marco, new colors and new paint schemes.

Now, he's waiting to see if all this will work.

"We did some things with people in the organization and Ryan (Hunter-Reay) nailed it when he said that, for whatever reason, we were weak in some places. We've put a bigger focus in those areas."

As a driver, he won 42 races, the most in CART history, 32 poles and the 1991 CART championship. As an owner, he's won four points titles and two Indianapolis 500s — one of the few things he didn't accomplish as a driver.

But after Hunter-Reay won the 2012 series championship with Andretti serving as the team strategist, a sub-par 2013 prompted Andretti to review what went wrong.

So Andretti turned his shop into a sort of grand opening with some good, old-fashioned staged flair.

With shields of the team's race wins hanging on one wall of the team shop, organizers dimmed the lights in another section and played popular music as each of Andretti's four IndyCar drivers emerged from a smoke screen at the back of their transporters.

While Hunter-Reay remains in his familiar yellow-and-red trimmed No. 28 car, sponsored by DHL, he is the exception.

Andretti's son will drive the No. 25 car, which is now yellow and blue and sponsored by Snapple. Hinchcliffe, the self-proclaimed Mayor Hinchtown in the online world, will be back in the No. 27 car that is painted blue-and-white that is sponsored by Untied Fiber & Data and looking for a better overall result than last year's strange season.

"We had a very up-and-down first half, and in the second half, we were a little more consistent," Hinchcliffe said. "That's the type of consistency we need. It was lessons learned last season." More at ABC News/AP