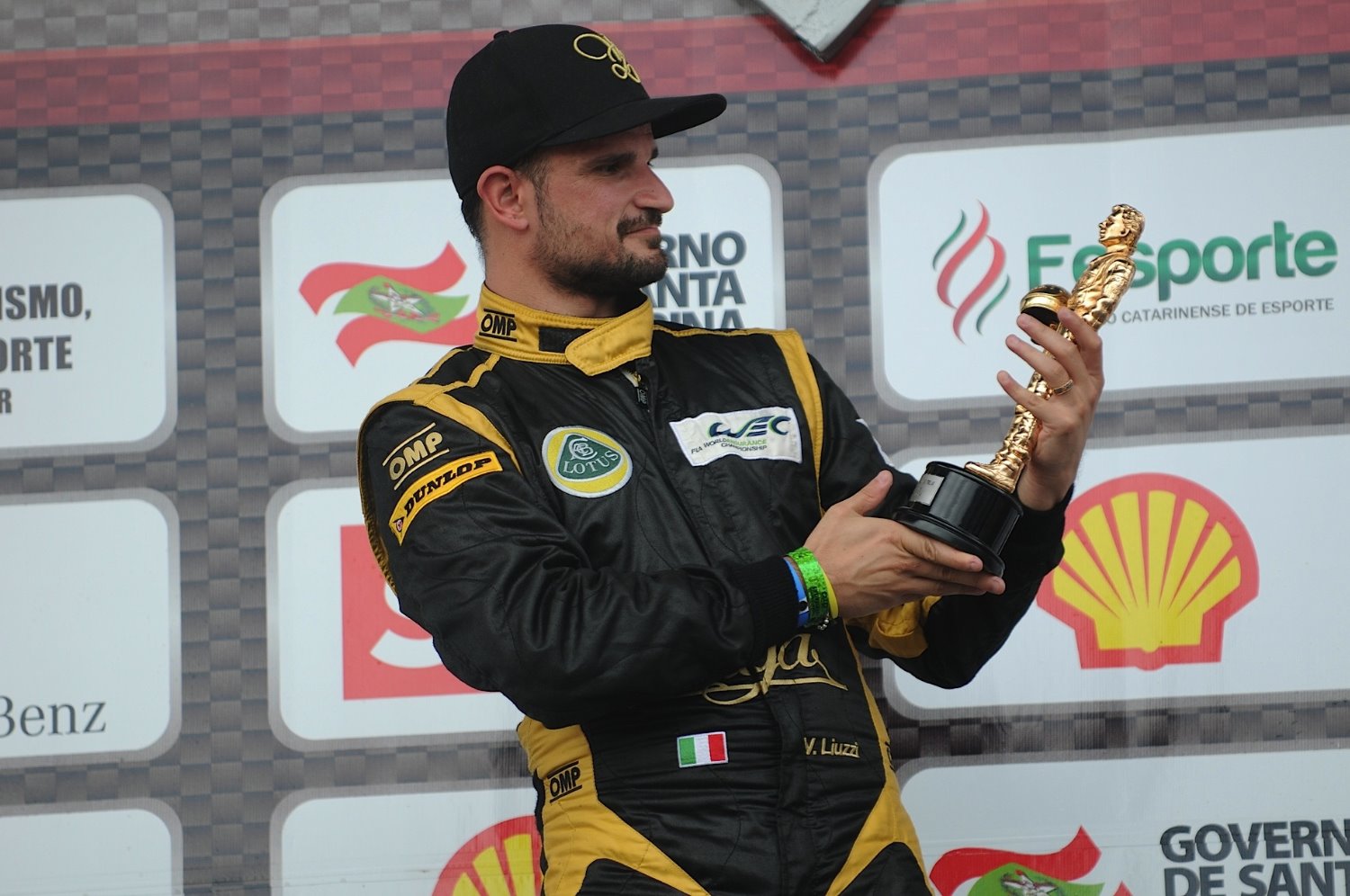 Vitantonio Liuzzi was unbeatable this weekend at the Desafio Internacional das Estrelas, the star-hosted go-karting event organized by Felipe Massa at the southern Brazilian coast. The Italian led all practice sessions, clinched the pole position and right from the start of the race, this Sunday, he flew away from rivals while they banged each other fighting for second place.

During the weekend, all 24 drivers gathered at the center of the kart track to pray for Michael Schumacher’s recovery. Then they held a banner with the message for the German driver and his family: "Forca Schummi" – meaning "Be strong, Schummi". The same message was on a sticker in the front nose of all karts.

Liuzzi kept the lead at the start followed by Audi driver Lucas di Grassi, who started a good battle to maintain his place with Brazilian Stock Car racer Julio Campos. While they fought, the Italian built a comfortable gap to the rest of the field and was four seconds away in less than ten laps. The di Grassi-Campos battle allowed more drivers to join the party, like Felipe Massa and Sebastien Buemi, who started 13th.

"It was a wonderful weekend. The kart was pretty good after a few adjustments we made between FP2 and Qualifying. Definitely, we found the best set up. I made a good start and was able to pull away from the battles behind me and that was the key to win", said Liuzzi, who took home the stunning Ayrton Senna Trophy, a gold-platted statuette made by Wilson Iguti, a Brazilian artist. "It was an emotional moment for me when I received the trophy. It will have a special place back home", said the Italian.

Red Bull F1 third driver and part of the Toyota squad in the WEC, Sebastien Buemi impressed with his pace. Starting 13th, the Swiss made several overtaking maneuvers to establish himself in second place – by making the fastest lap of the race. Williams new driver Felipe Massa was sixth on the grid and took advantage over the fight with di Grassi and Campos, arising to third place on the final lap, while the Formula E development driver went off the track and got out of the race.

"It was a great race. I started far behind after making a few mistakes in Qualifying and I had to fight. There were great battles, and in the end of the day I was lucky to escape from the mess when I was second. It was a tremendous weekend and I thank them all for that", said Buemi.

If Liuzzi had an almost trouble-free race, the same cannot be said about the others. Accidents and spins were inevitable, as happened in the fight between F-Truck driver and former IndyCar racer Felipe Giaffone and BMW DTM ace Augusto Farfus; their debris finished Rubens Barrichello’s chances in the race, since the former F1 driver, racing with his Stock Car livery, had to stop to change a flat tire.

"It was a tough race, with a lot of touching against each other. I lost some time in the beginning, but I could make a recovery to come and fight for second position. About the accident with Lucas, he was slow at a corner exit right before the last bend – a full-throttle bend -, and it was inevitable. It was a nice event, really competitive, with lots of overtaking, and I would like to congratulate Liuzzi and Buemi, who were fast since day one", said the host.